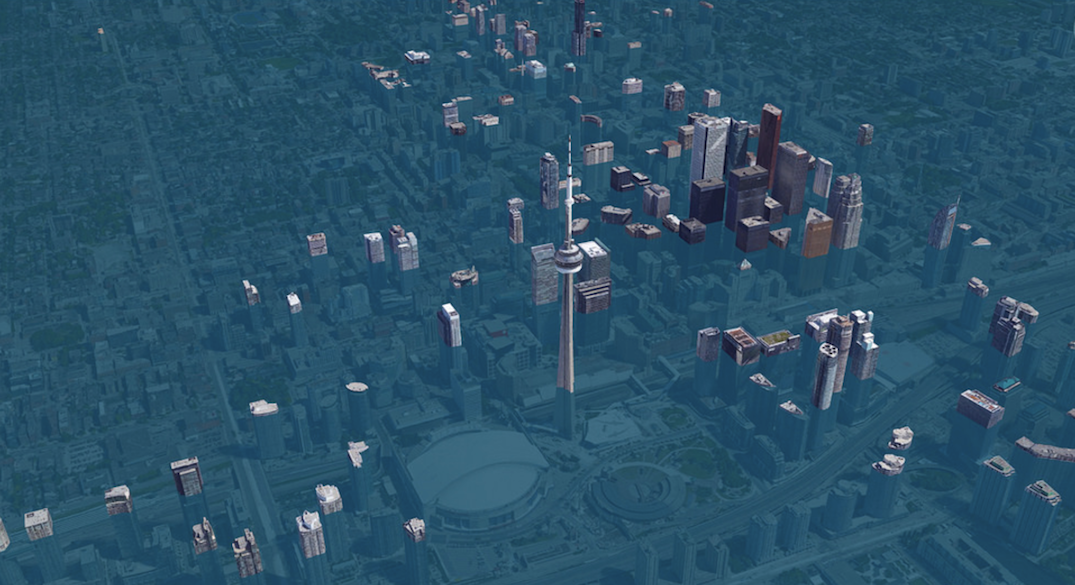 All the watches remained in the region for days, and while Hurricane Harvey has since been downgraded to a Tropical Storm, it still left a huge impact on the region, which usually sees an average of 50 inches of rain annually. By Monday, parts of Texas saw that annual amount in roughly a single week.

According to The Weather Channel, parts of the southern state could see 9 days of heavy rain, from August 25 through to September 1.

To fully grasp the impact of this storm on Houston, The Weather Network’s Meteorologist Scott Sutherland looked at the impact of the storm’s rainfall, and what it would mean to a city like Toronto.

Sutherland describes the major rainfall in Toronto on July 8, 2013, when 126 mm of rain fell over the city during three hours of thunderstorms, and 90 mm over the downtown core. “Streets were turned into flowing rivers, subways were flooded and many motorists and commuters were stranded as transportation ground to a halt,” wrote Sutherland. “By comparison, however, the situation with Hurricane Harvey is far worse.”

Over roughly three days, Sutherland said around 1000 mm of rain had fallen over Houston, in comparison to Toronto’s flood, which saw 30-40 mm per hour in over just three hours.

Sutherland refers to US meteorologist Ryan Maue who said that by the time Harvey leaves the area, “Texas will have had a total of 21 trillion gallons of water fall on it from the storm, and 15 trillion gallons have fallen already. That’s the equivalent of 56.8 trillion litres, or 56.8 cubic kilometres of water.”

“Dump that much water over Canada’s largest city, all in one go, and it would produce a flood roughly 90 metres deep across the entire Greater Toronto Area,” wrote Sutherland, accompanying with the statement a Google Earth simulation of what that would look like.

The dramatic effects wouldn’t impact Toronto as it has Houston, according to the meteorologist.

“The longer time frame would allow water to seep into the ground, and runoff to pour into Lake Ontario, but such an event would still result in extensive flooding, especially in the downtown area,” he wrote.

Most first stories in downtown buildings would be covered in water, and it would definitely overload the city’s system of storm drains.

And if the recent flooding this year is any indication to how Toronto could handle a major flood situation, it’s not all good news.

Toronto Island was submerged under water for months after several days of rain in the city. For weeks between the start of May and end of July, the Toronto and Region Conservation (TRCA) issued several flood watches for Toronto due to elevated water levels in Lake Ontario.

But storms like Harvey don’t usually reach Canada with the same strength.

“For storms that reach Canada, most are post-tropical remnants, or significantly weakened hurricanes or tropical storms, due to passing over cooler waters farther north, or making landfall in the United States and thus expended much of their energy in the progress,” said Sutherland.

Canadians are keeping the people of Texas in our thoughts – we’re ready to offer any assistance needed to help recover from this disaster.