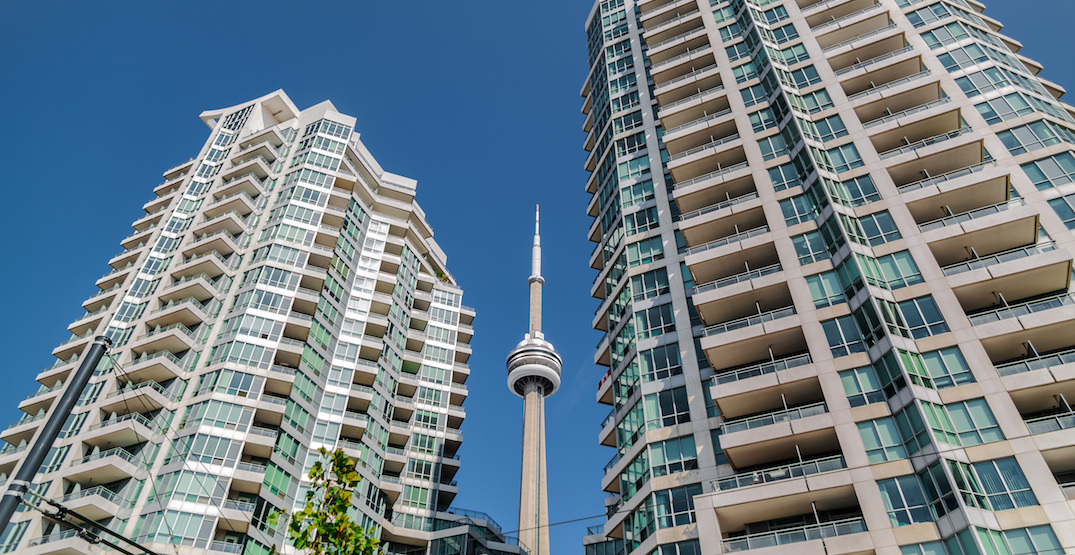 The Toronto housing market is highly vulnerable as more evidence of overheating was found during the second quarter of the year, according to the Canada Mortgage and Housing Corporation’s (CMHC) latest report.

Market conditions all across the GTA have tightened, CMHC says, with demand remaining highest in suburban areas as buyers continue to favour larger homes to accommodate teleworking. Although low inventory levels have been an issue in Toronto over the past year, the sales-to-new-listings ration for all house types dropped even further during the second quarter of 2021. 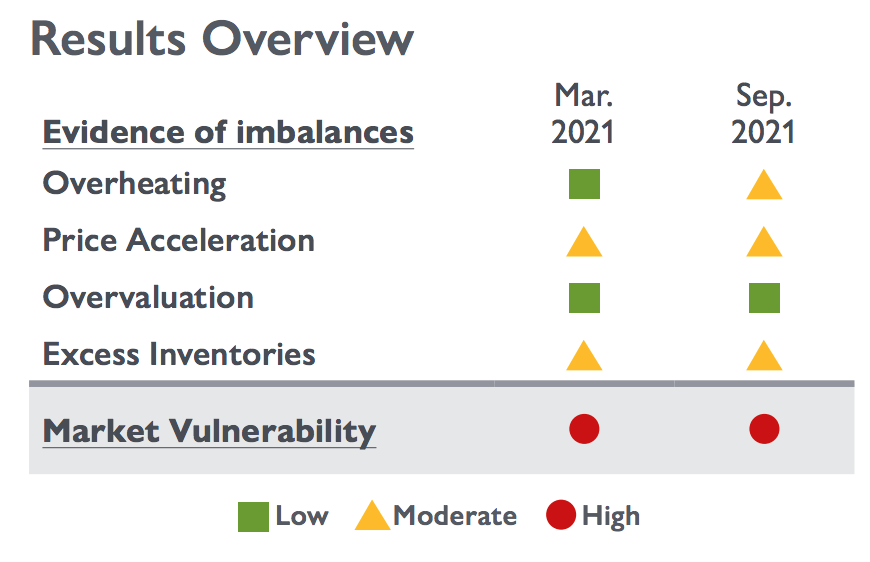 These tight market conditions are driving price acceleration in across the GTA, particularly in places like York, Halton, and Durham where detached homes are more common.

The city of Toronto itself also experienced price growth but it was less pronounced because lower-priced condos make up a large share of the housing market. 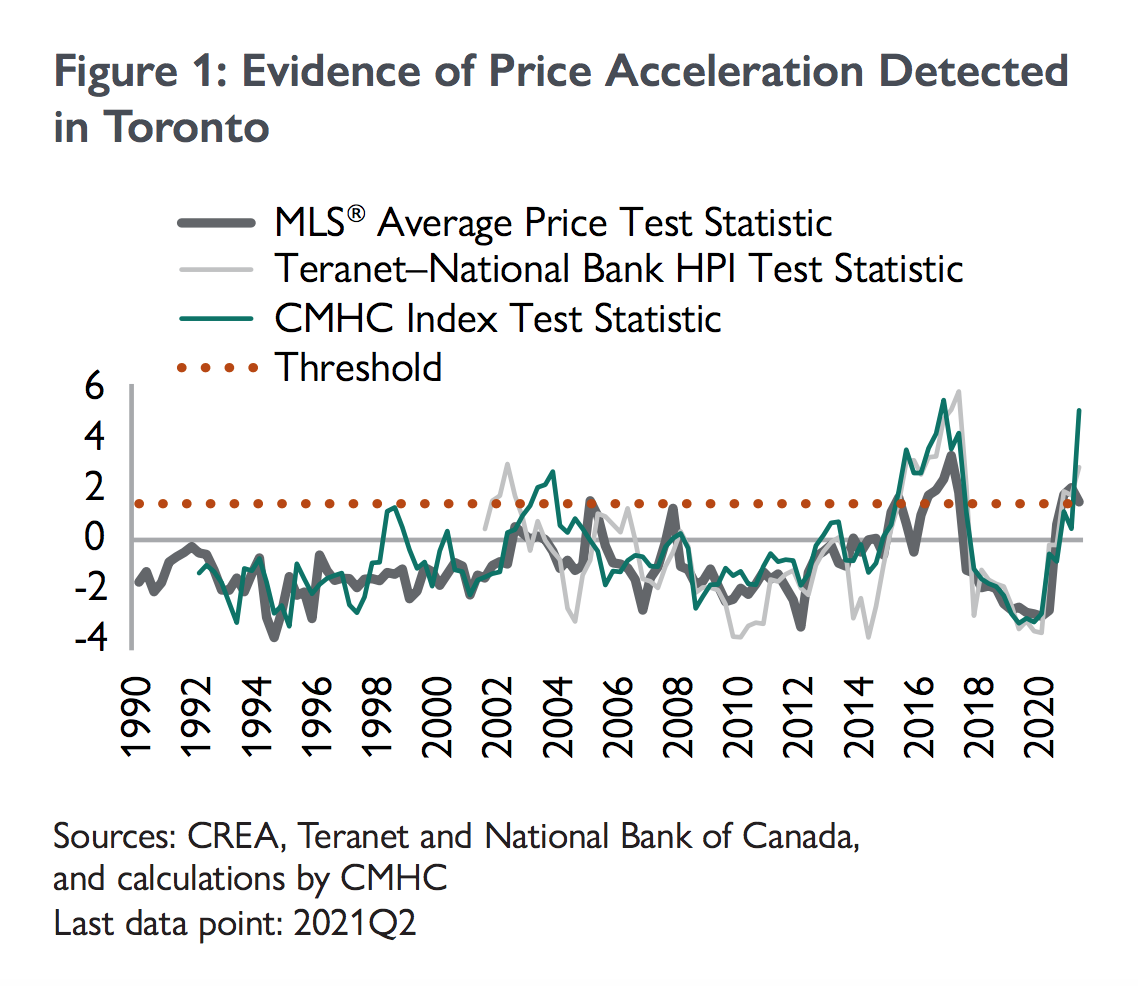 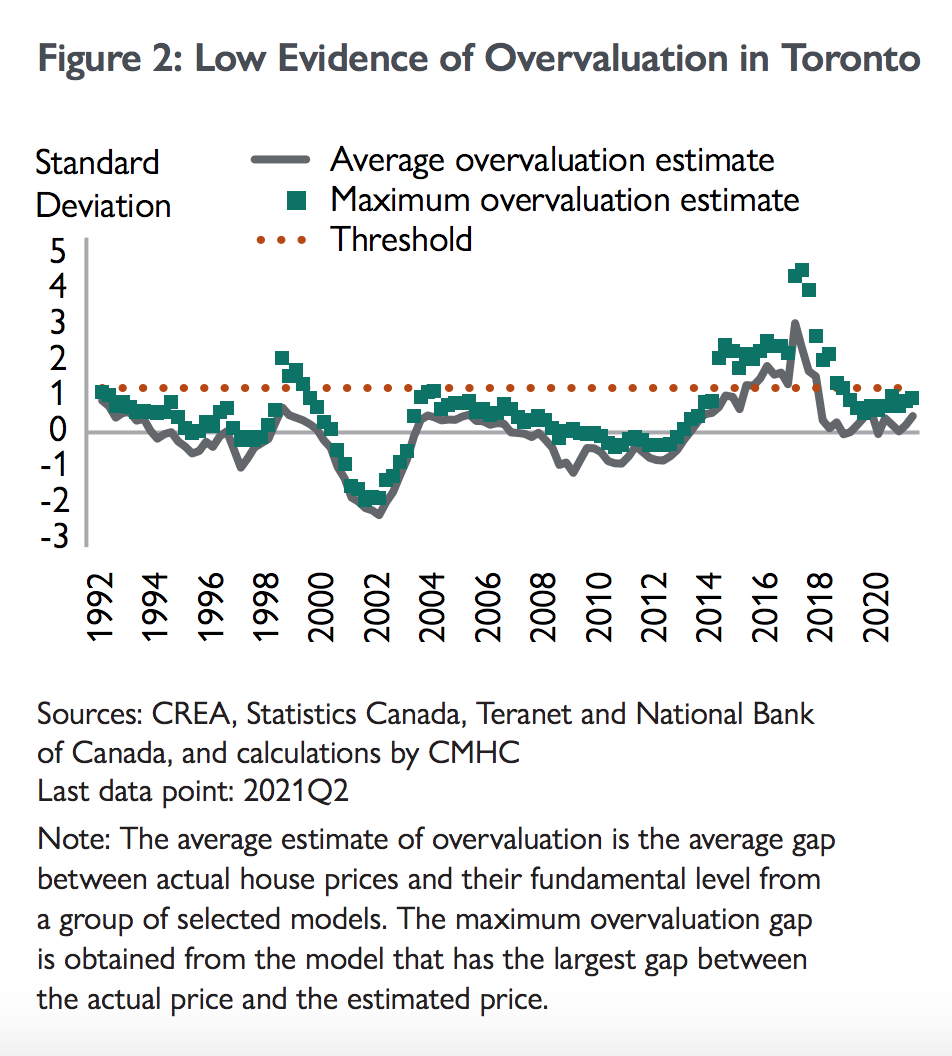 The one bright side for Toronto is that there is currently little evidence of overvaluation, but according to CHMC, the overvaluation gap is increasing as the prices of homes start to outpace the fundamental home price — the expected home price based on an area’s disposable income, population, and interest rates.

As for the rental market — the vacancy rate of which exceeded it’s critical sustainability threshold — CMHC is predicting that as students and workers return to the city and look for places to stay, it will put a downward pressure on the vacancy rate.