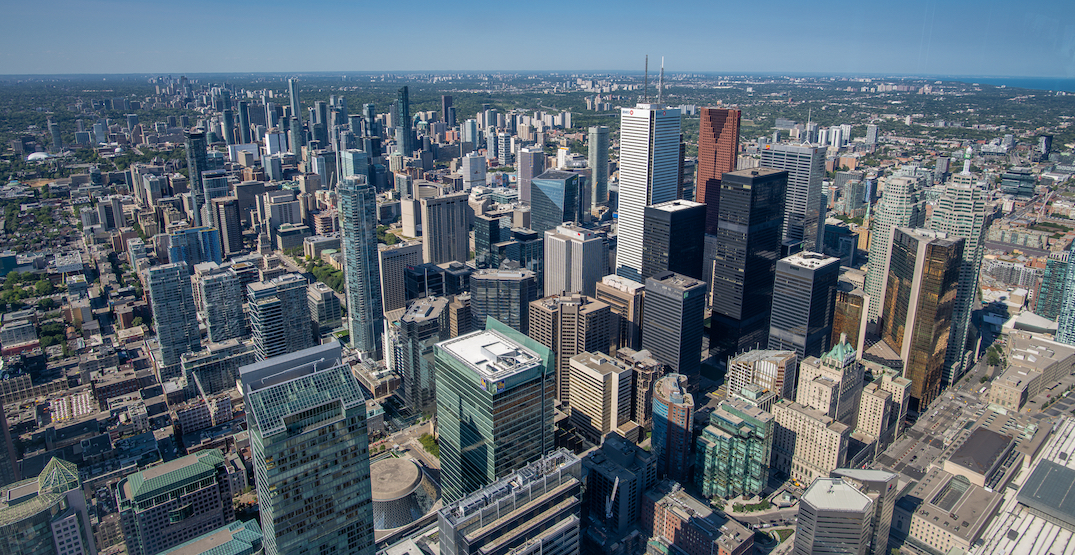 Renting in Toronto can get pretty expensive, so knowing which neighbourhoods offer the cheapest rent in the city can really help guide your next search.

A new report from TorontoRentals.com and Bullpen Research & Consulting revealed exactly which Toronto neighbourhoods have the cheapest rent, and, as it turns out, some of them offer some pretty great deals. With the average Toronto rent rising to $2,094 for the month of August, all of these neighbourhoods have average rent prices below that.

The 10 cheapest Toronto neighbourhoods for overall rental prices are as follows:

The ranking changes, however, if you’re specifically looking for a studio, one-, two-, or three-bedroom. For studios, Wallace Emerson is cheapest, with an average rent of $1,227. For one-bedrooms, South Parkdale has the cheapest rent at $1,647.

The cheapest two-bedrooms can be found in Cabbagetown-South St. James Town with an average price of $2,102. And for three-bedrooms and above, Islington-City Centre West offers the cheapest average price at $2,569. 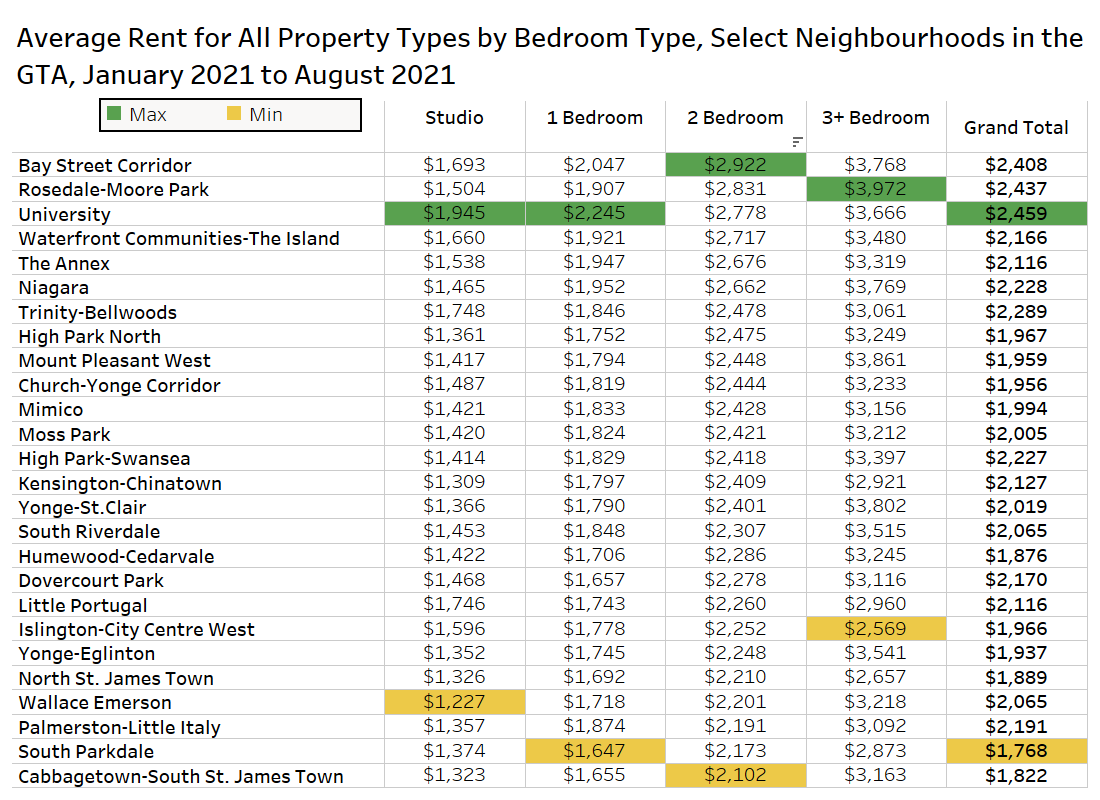 Anyone looking to avoid paying top dollar will want to steer clear of Toronto’s University neighbourhood, which not only has the highest rent prices overall, but also for studios and one-bedrooms.

Average rent prices across the city are continuing to rise after bottoming out in March. In particular, the neighbourhoods of Bay Street Corridor, Waterfront Communities-The Island, Niargara, Moss Park, and Church-Yonge Corridor saw rent increases of about $200 to $350 for rentals since the first quarter of the year.