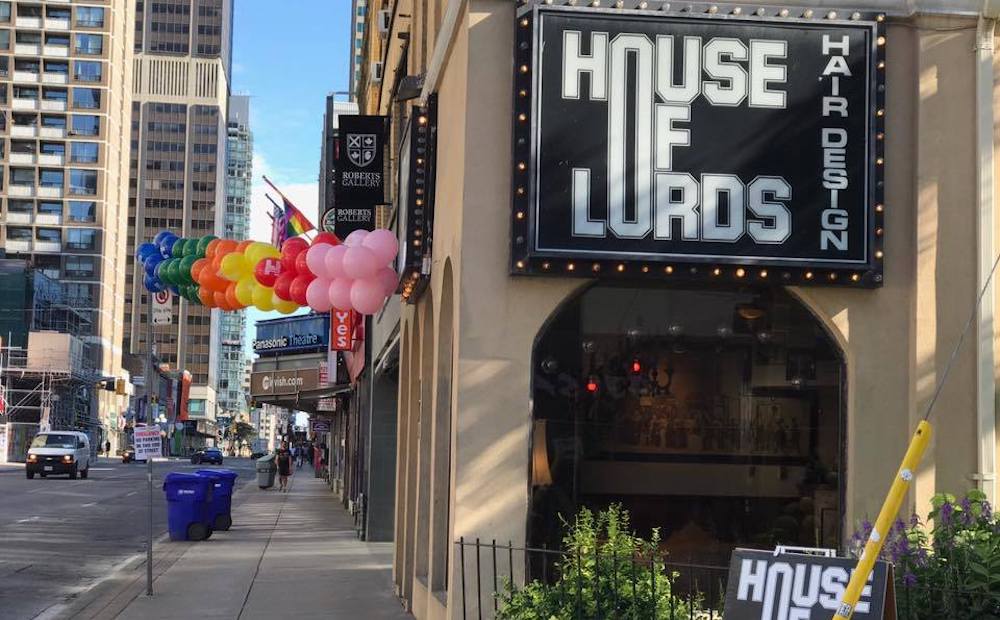 An icon in Toronto’s beauty scene is shutting its doors.

The staple hair salon at the corner of Yonge and Isabella is closing after 51 years.

Owner Paul Buford announced its upcoming closure through social media. In a post, Buford showed the taxes on his downtown property.

“My taxes on the House of Lords building are now 76,000 a year. So I am closing my business on October 1st,” he wrote.

In a follow up post, Buford said that there are 40 vacant stores along Queen Street, and said that Mayor John Tory doesn’t care about small businesses.

“Let’s put up another condo,” he wrote. “House of Lords… Forgotten… Double the tax.. Force me out…”

House of Lords was in the centre of all action back in the late 70s and 80s. The area was home to many clubs, and it was the heart of Toronto’s music, arts, and fashion culture.

If you’ve ever visited House of Lords, you’d know it was not like any traditional hair salon. It was loud, messy, and generally carried its ‘rock & roll’ feel through its days.

And now the icon will be shutting this fall… making us miss these old school ads.