The latest Toronto housing figures are in, and they just keep rising.

While the local market saw a 17.7% increase in residential sales in March, the rate of listings growth was still lower than sales growth, resulting in a continued tightening of the GTA market, according to the latest report by the Toronto Real Estate Board (TREB).

“Annual rates of price growth continued to accelerate in March as growth in sales outstripped growth in listings,” said Jason Mercer, TREB’s Director of Market Analysis in a statement. “A substantial period of months in which listings growth is greater than sales growth will be required to bring the GTA housing market back into balance. As policy makers seek to achieve this balance, it is important that an evidence-based approach is followed.”

Last week during a housing consultation, Mayor John Tory announced the City would be looking into vacant home taxes, as a means to help cool the local market.

TREB President Larry Cerqua said that it has been encouraging to see that policymakers have not implemented any knee-jerk policies regarding the GTA housing market.

“Different levels of government are holding consultations with market stakeholders and TREB has participated and will continue to participate in these discussions. Policy makers must remember that it is the interplay between the demand for and supply of listings that influences price growth,” said Cerqua. 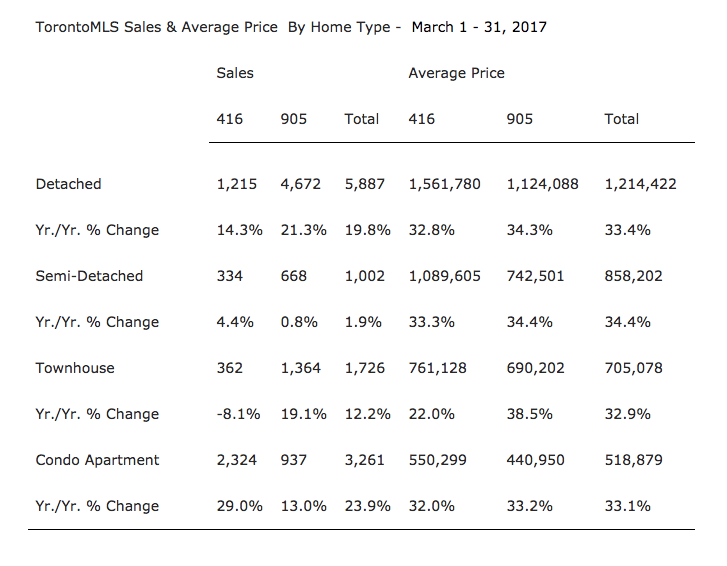