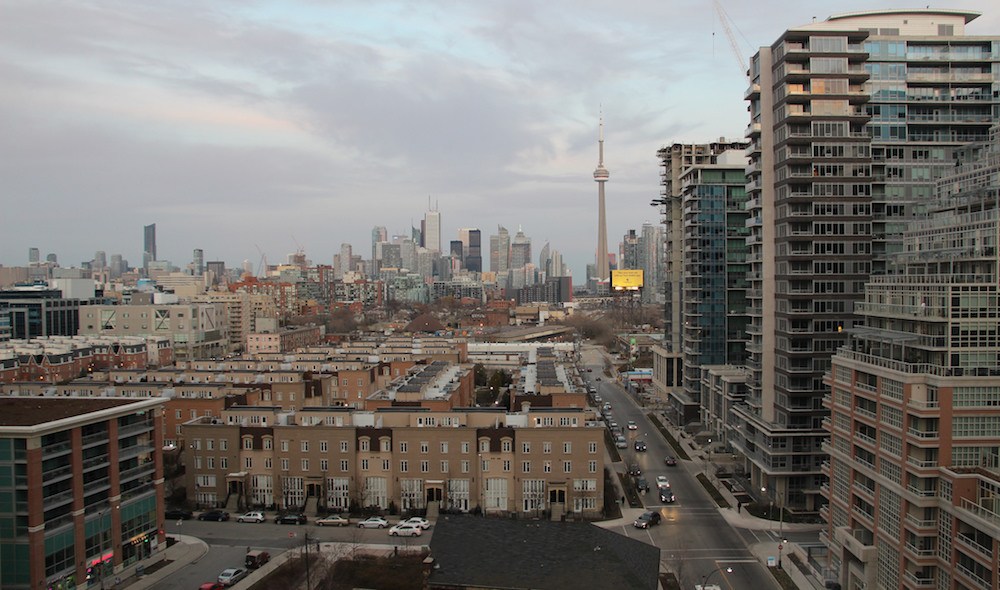 Some Liberty Village residents were recently faced with the reality of the current Residential Tenancies Act.

Tenants in the area were given notice from their landlords that a rent hike of 100% would be taking effect in July.

“Yesterday, we learned that tenants in Liberty Village have been told by their landlord that they could either pay double their current rent or move out by July 1,” said Peter Tabuns, NDP MPP for Toronto-Danforth.

He called it “an outrageous rent increase,” but said it is currently legally possible due to a loophole in the Residential Tenancies Act. Currently, buildings built after 1991 are allowed to have rental hikes as much as a landlord wants. At this time, landlords can raise the rent by whatever amount they wish – resulting in rent increases of 20 per cent, 50 per cent or even doubling a tenant’s monthly rent, according to the NDP.

The new bill would be closing that loophole and extend to newer buildings, according to Tabuns.

“Our bill closes the loophole. It extends rent hike protection to all Ontarians eliminating the 1991 loophole. It gives everyone the basic guarantee that rent increases will have to follow the annual guideline, which this year is about 1.5%,” he said.

Minister of Community and Social Services Helena Jaczek says that the government is developing a plan to address unfair rises in rent costs.

“We do find it absolutely unacceptable that so many Ontarians are faced with housing costs that continue to rise dramatically,” she said, in response to Tabuns.

But the problem for tenants is this discussion time.

As landlords are now informed of possible upcoming changes, it seems likely that tenants will see more of these large spikes in rental costs.

Last week, during the City Council meeting, a motion by Councillor Mary Fragedakis, recommended the City to support the “Rent Protection for All Tenants Act.”

Fragedakis also recommended the City reconfirm its support for discontinuing the exemption pertaining to rent increases for rental housing built or occupied after November 1991.

“Many Torontonians spend more than half of their income on rent and they should not be have to live so precariously with this kind of uncertainty,” stated the Council’s report.

Meanwhile, a CIBC report issued today says that rent control is “the wrong medicine” for the housing problem in Toronto.

“Rent control is the exact opposite of what the GTA market needs. We need more rental units not less,” writes economist Benjamin Tal. “Clearly efforts and funds should be devoted to affordable housing in the GTA, but rent control should be a non-starter.”

Tal said that such policy will mostly hurt the people it’s trying to protect, citing history in Ontario, when rent control existed in the 1970s.

Between 1975 and 1985, landlords had the option to apply for a higher rent increase via a formal rent review, said Tal.

“In 1986 the pass-through approach was modified, and the allowed increase was linked to inflation and the rent review option was removed,” he wrote.

“In 1992 the NDP government, faced with a significant shortage of rental units, eased rent control by granting a five-year exemption to rentals coming onto the market after 1991. After that, under the Conservative government, the post-1991 exemption became permanent and vacancy decontrol was introduced (a situation in which a landlord can increase the rent after a tenant moves out). That’s more or less where we are now,” said Tal. “The fact that an NDP government (in 1992) had to ease rent control requirements is a clear indication that something went very wrong.”

Tal said that the calls for rent control are understandable, but suggests that the remedy is wrong because “rent control will work to reduce the supply of rental units, and will inflate any segment of the market that is not under rent control.”

While the City has shown initiative in affordable housing in terms of 2017’s budget, it’s not clear how long these suggested recommendations would take.

And that includes the timing to implement rent control policies in Toronto. But timing is everything here, as landlords will continue to try to benefit from the current lack of laws against massive rental hikes.

“Housing should be about providing homes for people, not profits for investors,” he said.