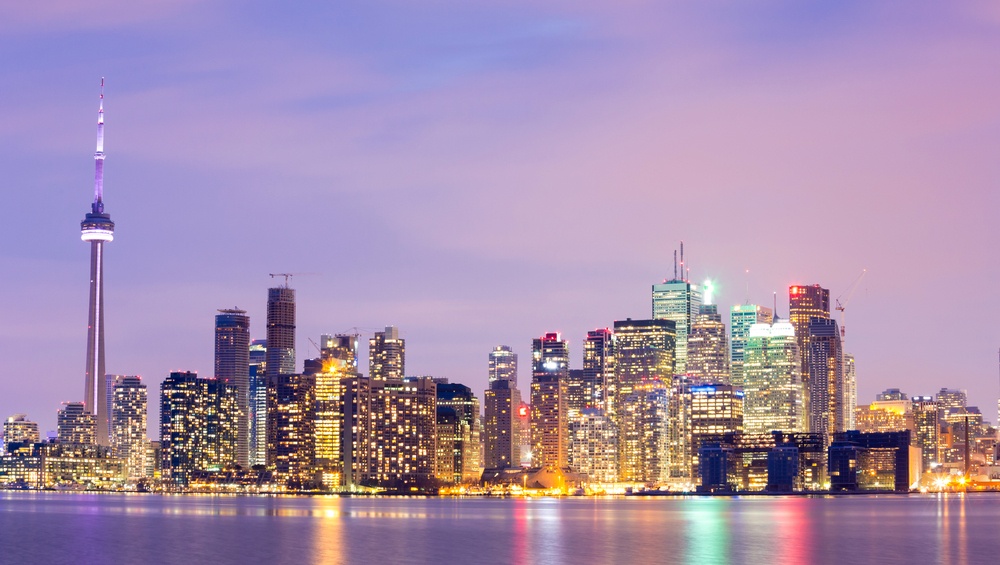 Toronto has one of the most recognizable skylines in Canada.

The photogenic city is highlighted by its tall buildings, the CN Tower, and the beautiful waterfront.

But did you know that Toronto has more high-rises than most of Canada’s major cities combined? In fact, the city of Toronto ranks in as one of the world’s top 20 cities when it comes to high-rises per population. A high-rise being defined as structure at least 35 metres (115 ft) or 12 stories tall.

Drawn from statistics and using only completed high-rises in Toronto, Emporis lists Toronto at number 18 in the world when it comes to skyline rankings.

Other Canadian cities that made the top 100 include Vancouver at number 58 with 689 high-rises, and Calgary at number 97 with 303.

However, a longer list on Wikipedia goes on to include even more Canadian cities, proving that Toronto has more high-rise buildings than the next 10 largest municipalities combined.

Emporis’ listing ranks cities by the visual impact of their skylines, noting:

This calculation does not include TV towers, masts, bridges, or other structures. About the formula: Each building is assigned points based on its floor count. The point total for each city is calculated automatically and displayed.

Which would explain, for instance, why Toronto has more high rises than Chicago but is behind it on the list.

Check out who else makes the top 20. 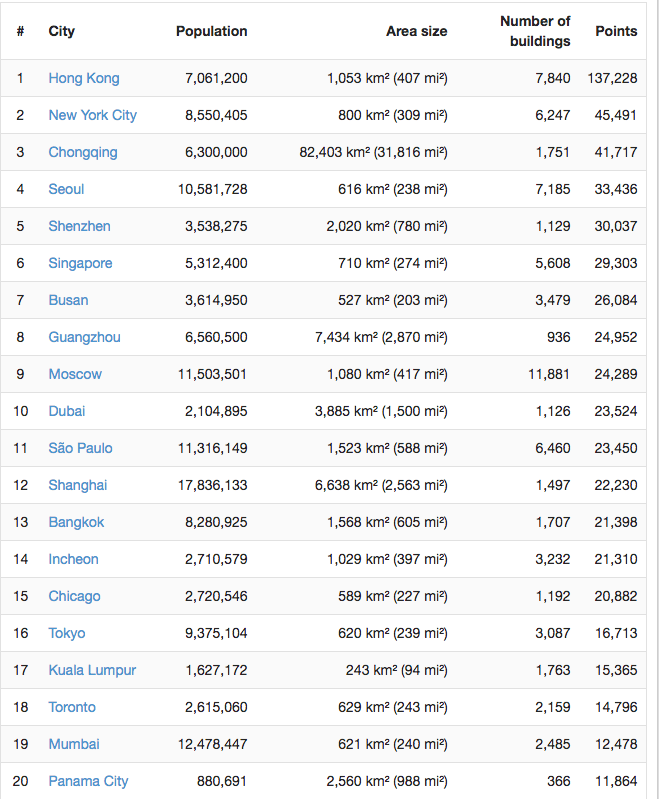