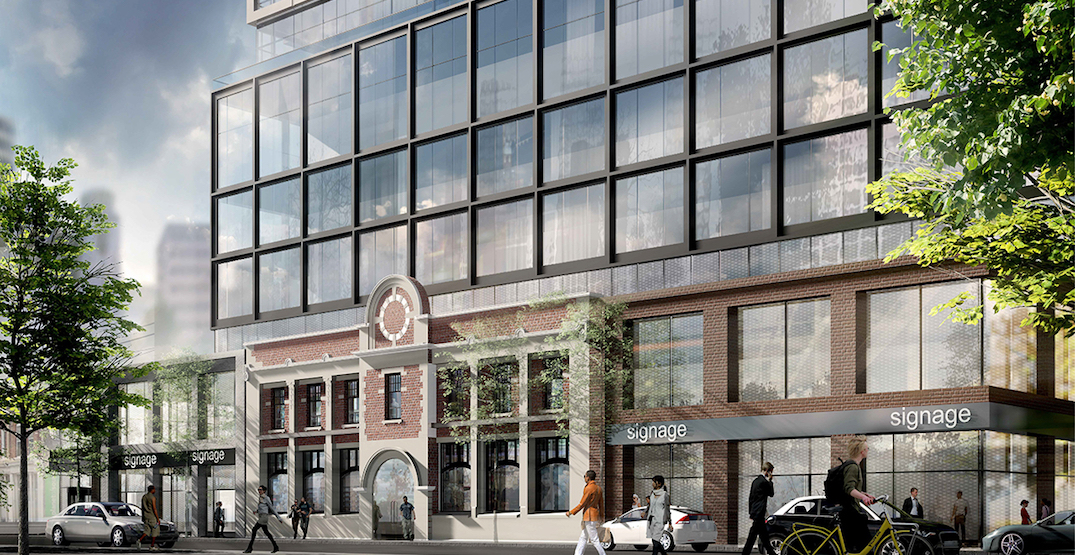 A Toronto city block filled with several heritage buildings may soon have three soaring condo towers sitting atop of it.

The planned development along the south side of Queen Street East, between Ontario Street and McFarrens Lane, has been in the works for several years, going through many design iterations.

The developer, ONE Properties, recently split the property in two and sold the eastern half to Tricon Residential. Now, updated plans for what each of the developers have imagined for their portion of the block have been filed with the city. 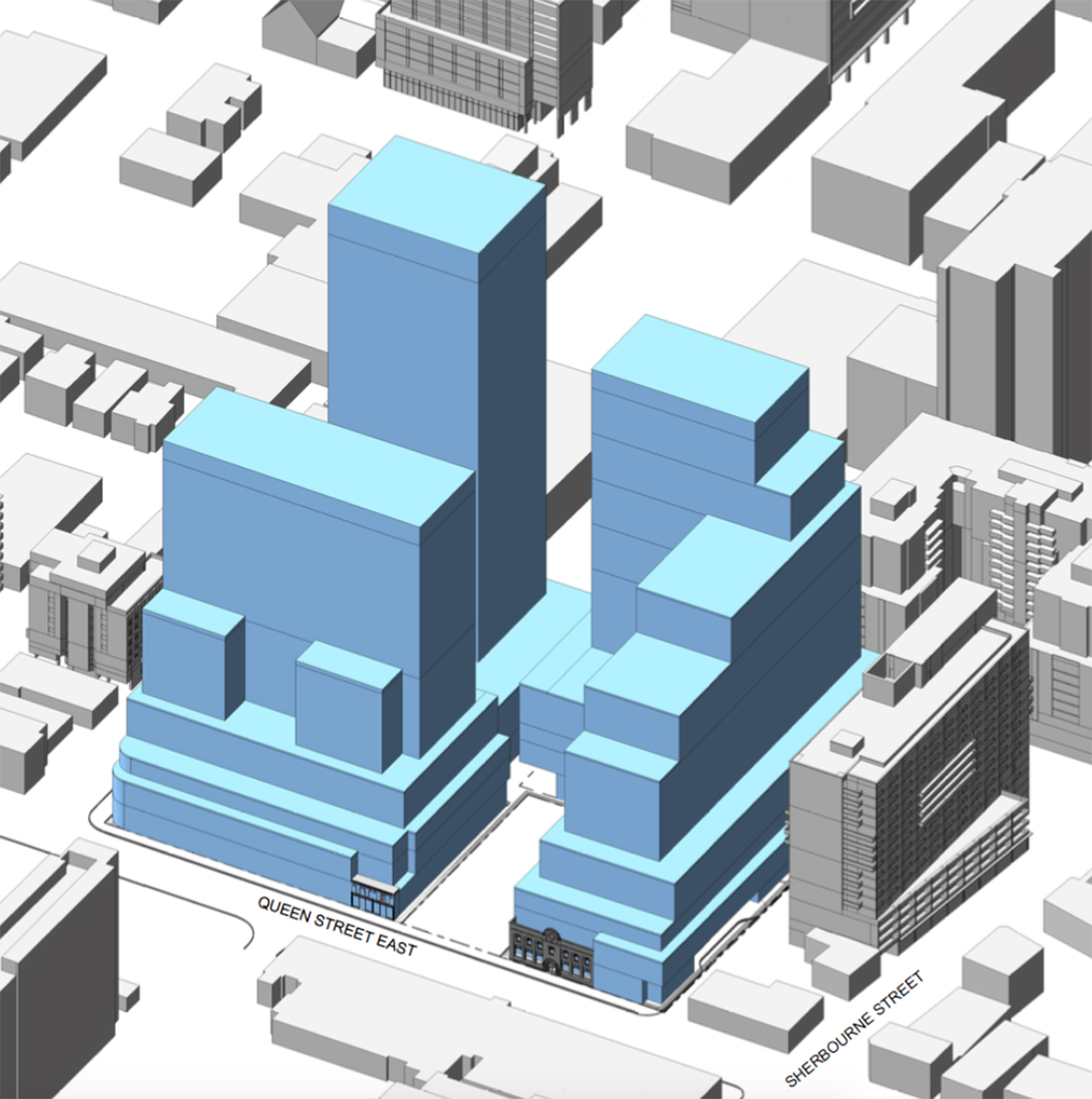 On the western side, ONE Properties will build a 25-storey-tall tower with 446 residential units. The base of the building will include the facade of the existing 115-year-old building at 245 Queen Street East. 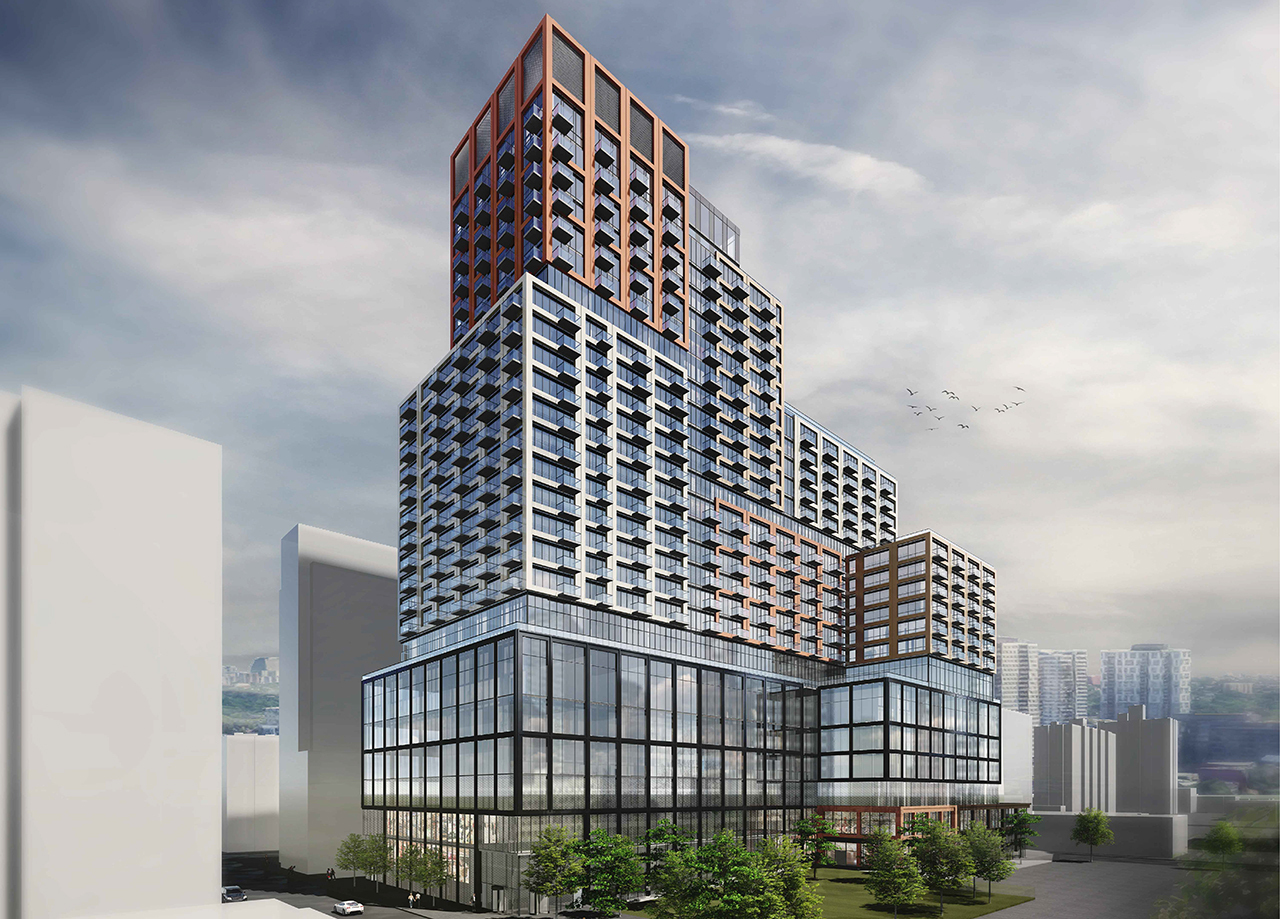 When ONE Properties originally started planning for this site back in 2016, their plans were rejected by the City’s Design Review Panel, citing a need for more heritage conservation. Revised plans since then have continually included more heritage facades. 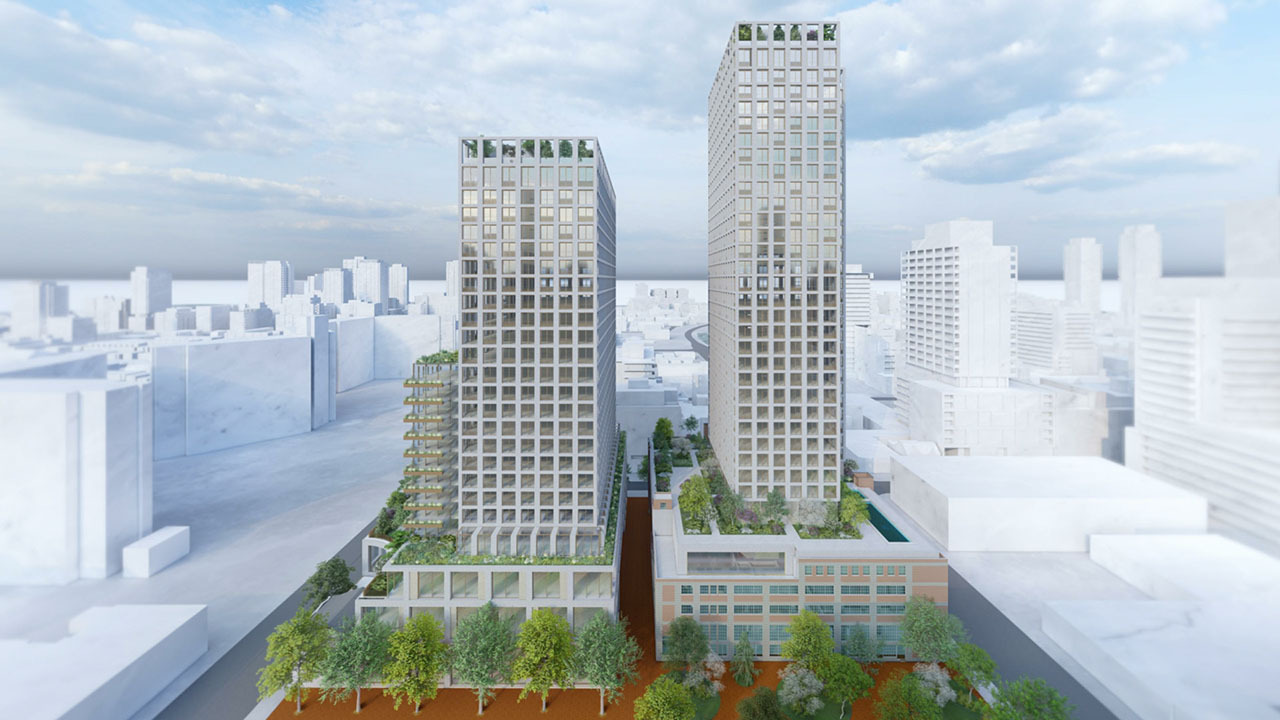 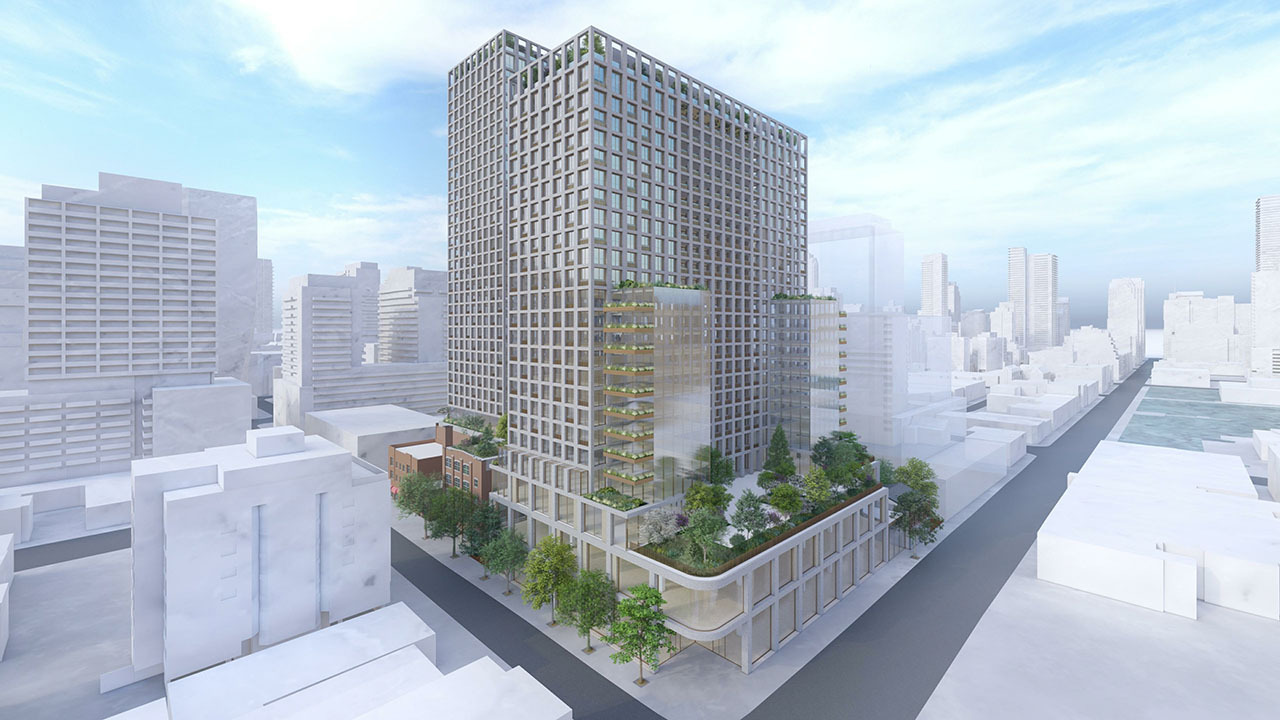 This portion of the development will retain facades from the buildings at 263-265 Queen Street East, 90 Ontario Street, 410 Richmond Street, and 384 Richmond Street. All of the buildings are listed on the City of Toronto’s Heritage Registry. The City previously announced intentions to have them designated under the Ontario Heritage Act.

The development applications are currently being reviewed by the City and will need to be approved before either developer can move forward.