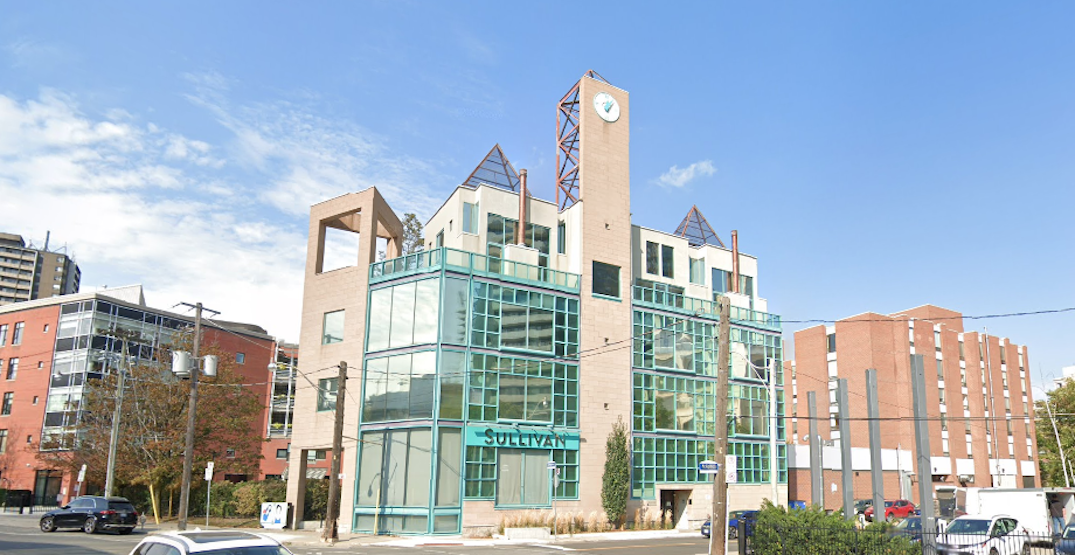 Toronto is home to some pretty stunning buildings, from soaring skyscrapers to historic manors, but on the flip side, it’s also home to some of the ugliest buildings in the province.

Some might argue that all of the glass-laden condo towers that dominate the Toronto landscape are an entire category of ugly on their own. Although they’re not wrong, that’s a conversation for another day.

Toronto definitely has plenty of questionable architecture, and below are a handful of buildings that really stand out as some of the ugliest in the city. 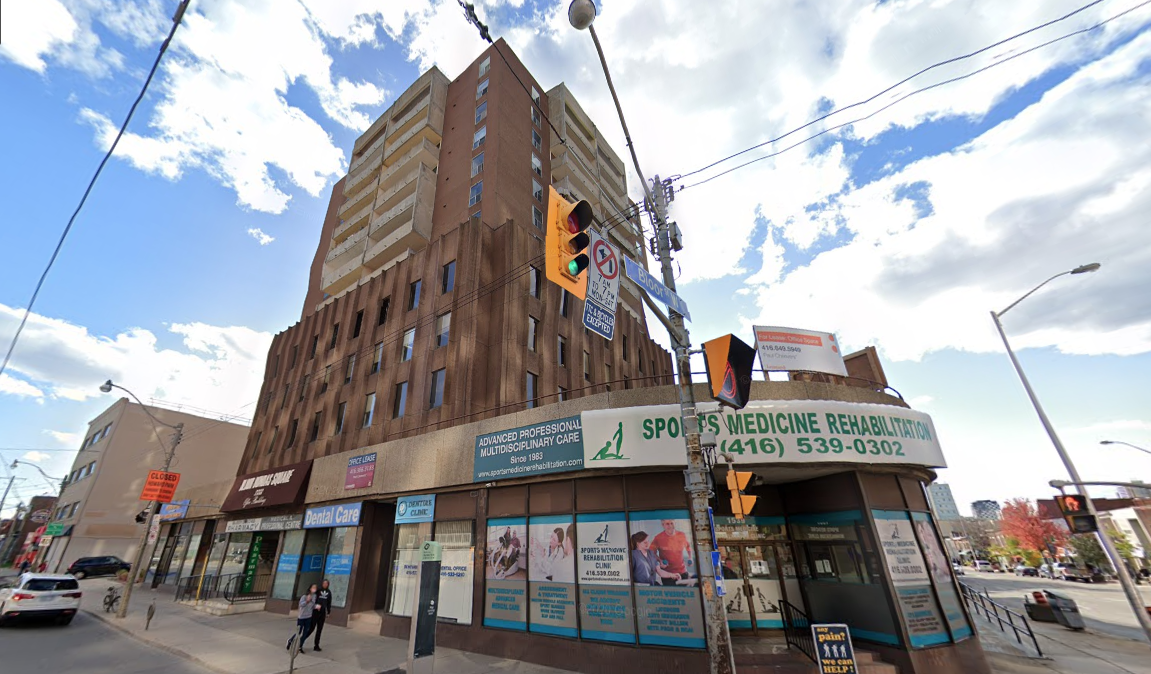 This office building at Bloor and Dundas could have flown under the radar as your typical unattractive Toronto building had it stuck to one exterior design. Instead, it has two disjointed looks on the upper and lower sections that, when combined, make it one of the ugliest buildings in the city. 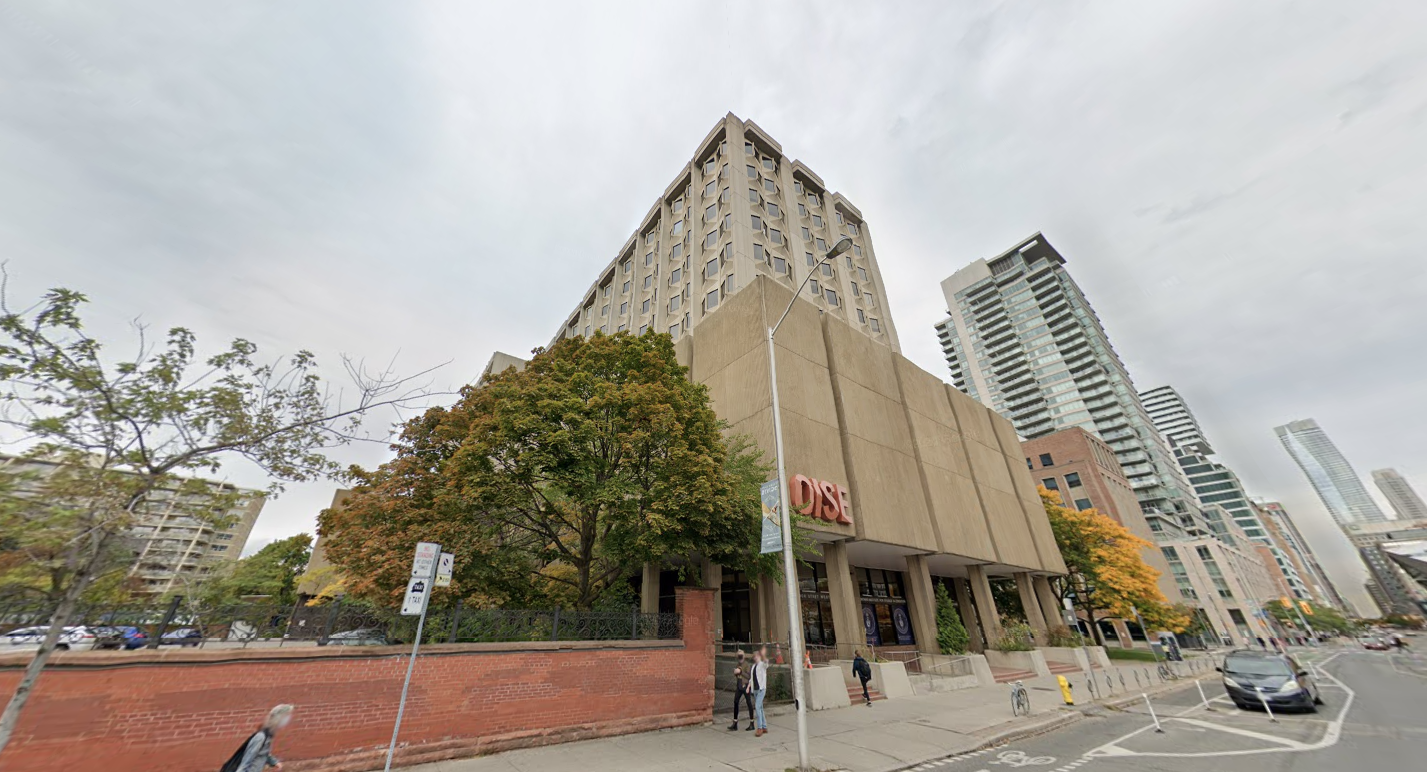 The OISE was built in the brutalist style (think: minimal, concrete designs) that’s seen in a lot of Toronto architecture, but the long window-less slabs and oddly wavy windows above it make this building a head-scratcher. 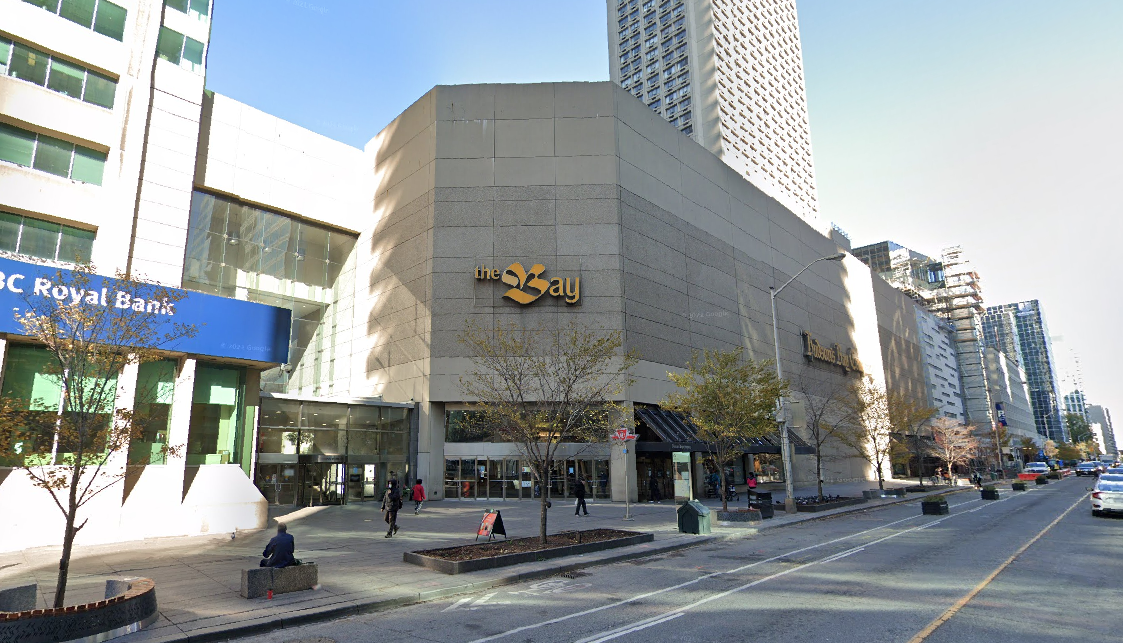 Another brutalist design, the Bay building at 44 Bloor, isn’t particularly offensive — there’s really not much to it. But the long, grey concrete rectangle does feel like a bit of a waste of prime Bloor Street frontage. 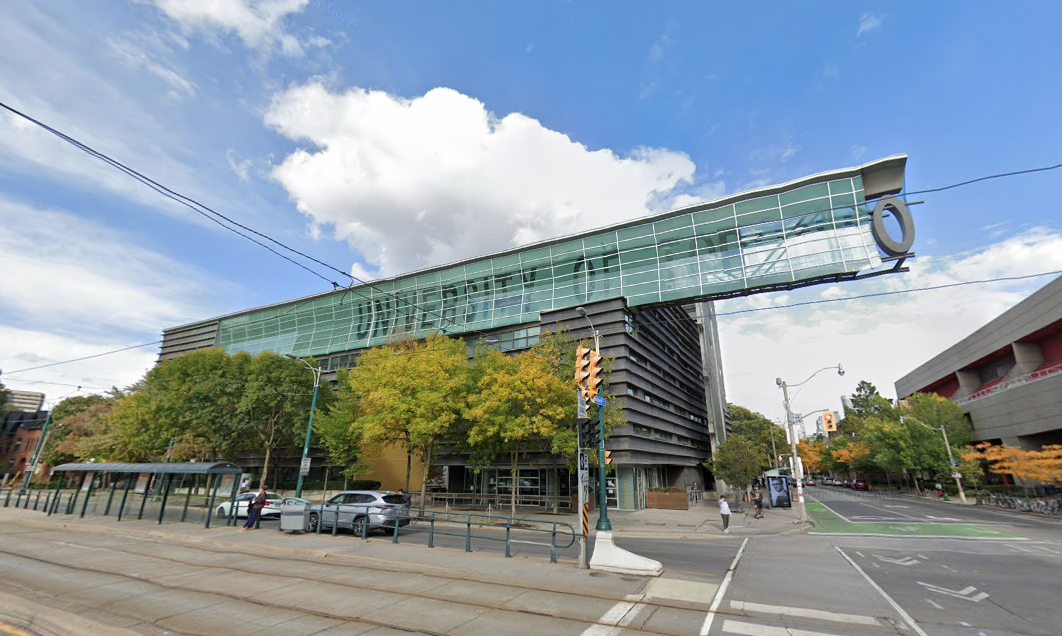 If it weren’t for the overhanging “O” that sticks out like a sore thumb, this building also could have been passable. 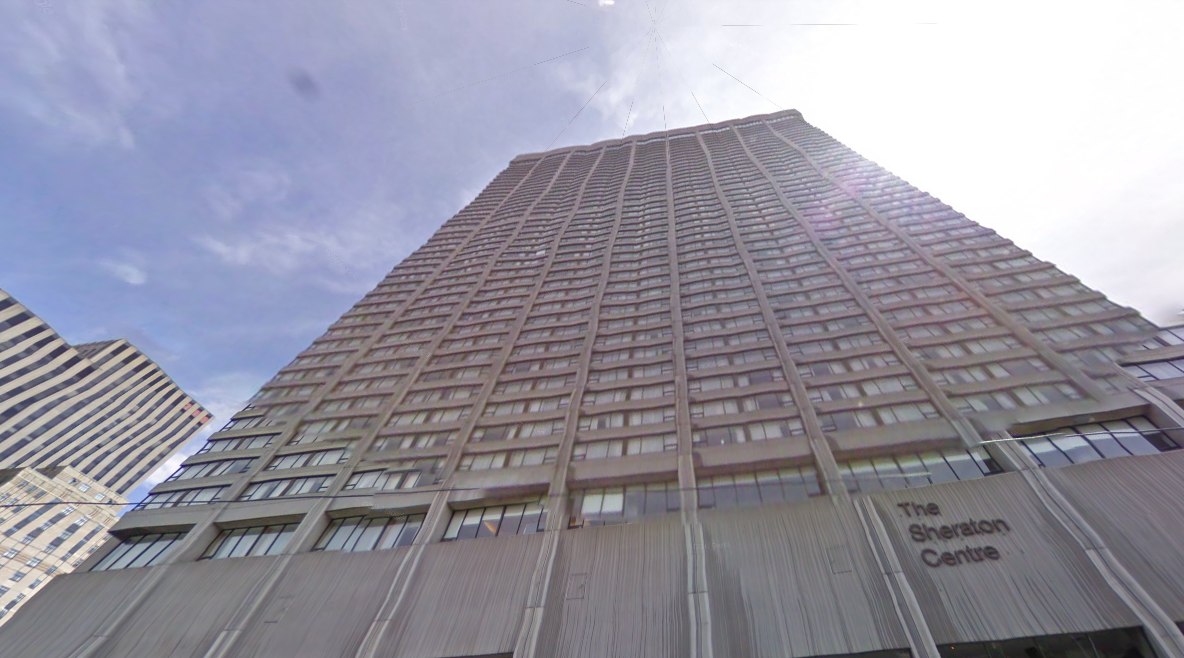 The sheer size of the Sheraton Hotel, coupled with its plain rectangle made entirely out of drab grey concrete and glass, makes it a bit of an eye sore. 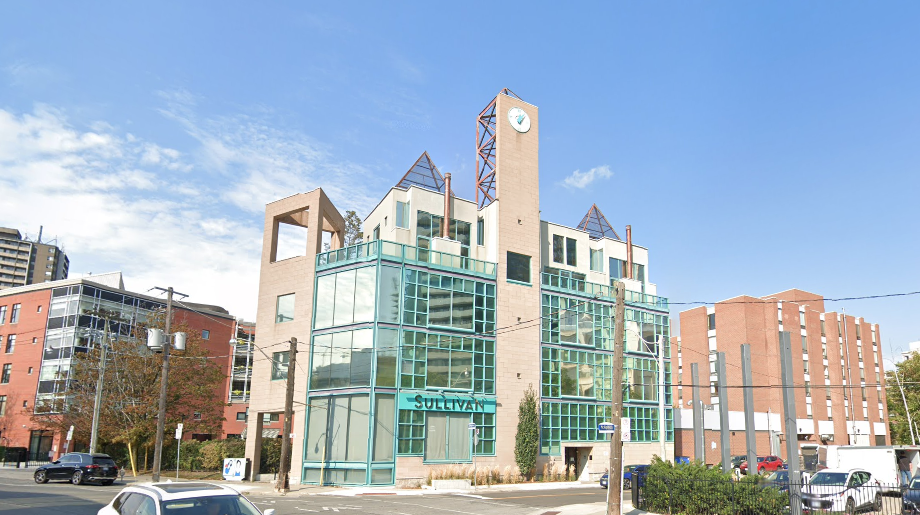 The first thing that comes to mind when looking at 110 Davenport is, “What’s going on here?” And the answer is, a lot. And it doesn’t exactly blend seamlessly, making for an extremely odd-looking building. 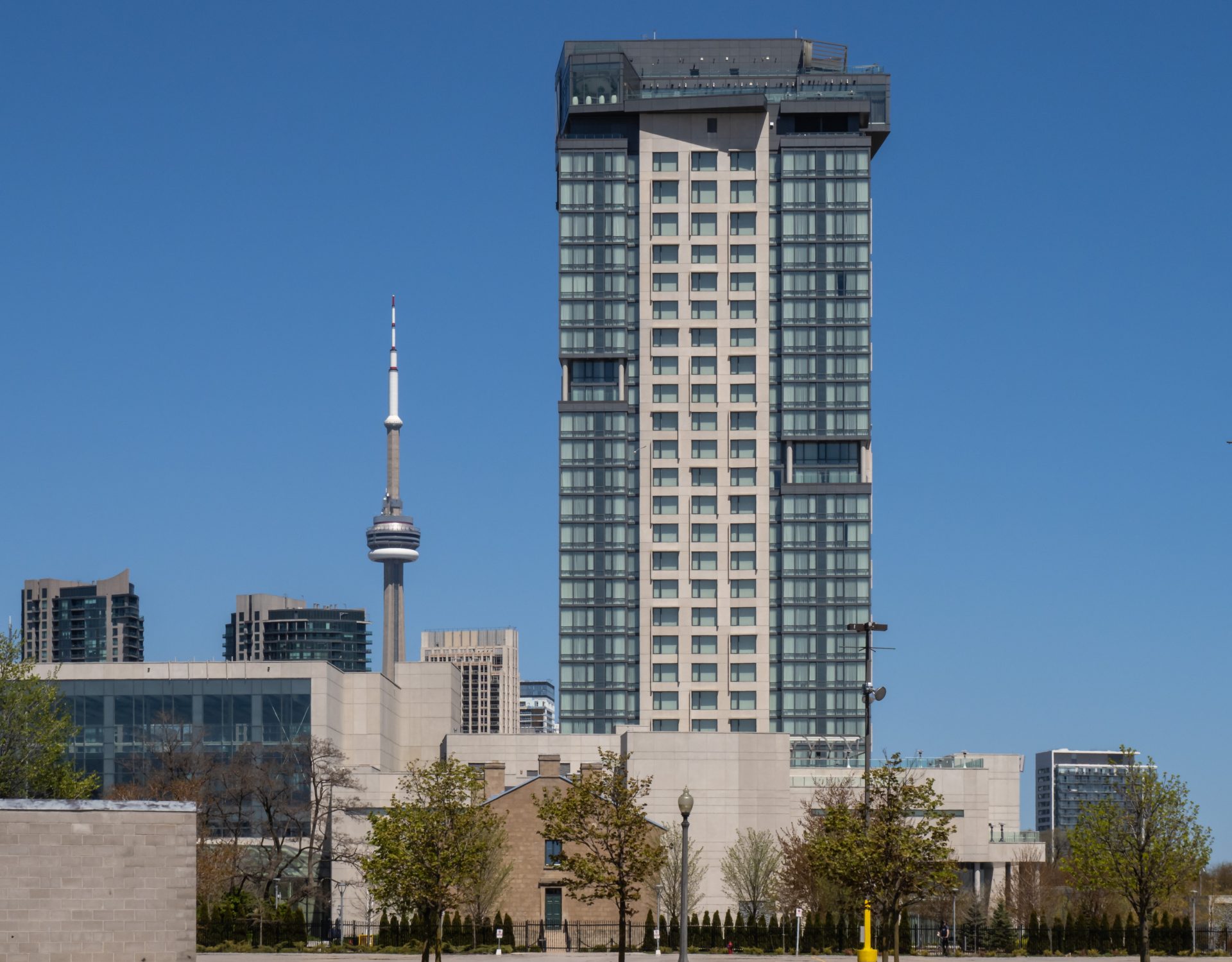 Hotel X is somewhat of a “blah” building, but considering the fact it was supposed to be a shiny new addition to the waterfront skyline, it goes from underwhelming to ugly. 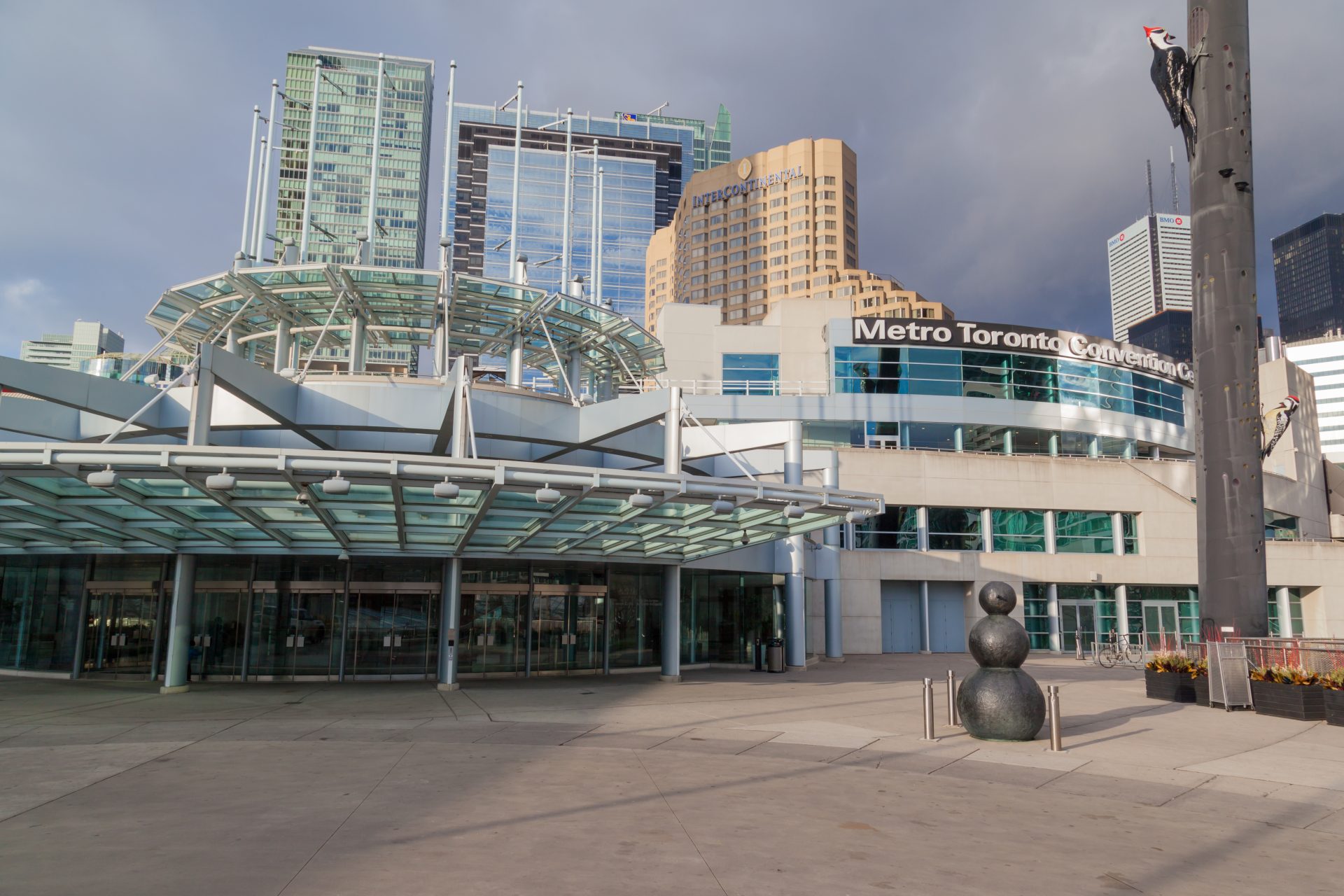 For what could have been a major attraction, the Metro Convention Centre is another underwhelming development that somehow has too many materials and not enough design going on at the same time. 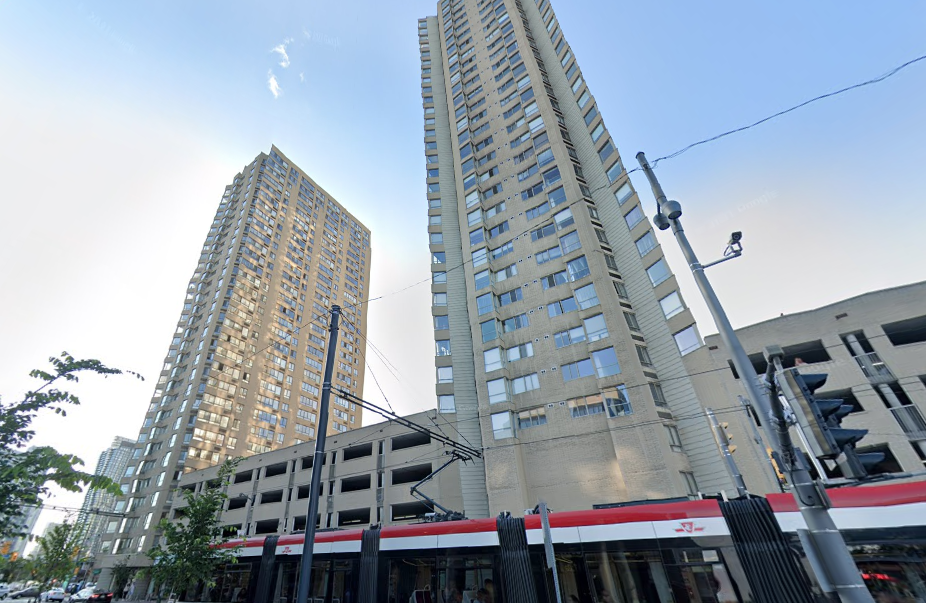 Another large rectangular concrete stamp on the city, this condo development on Queens Quay West, leaves much to be desired. 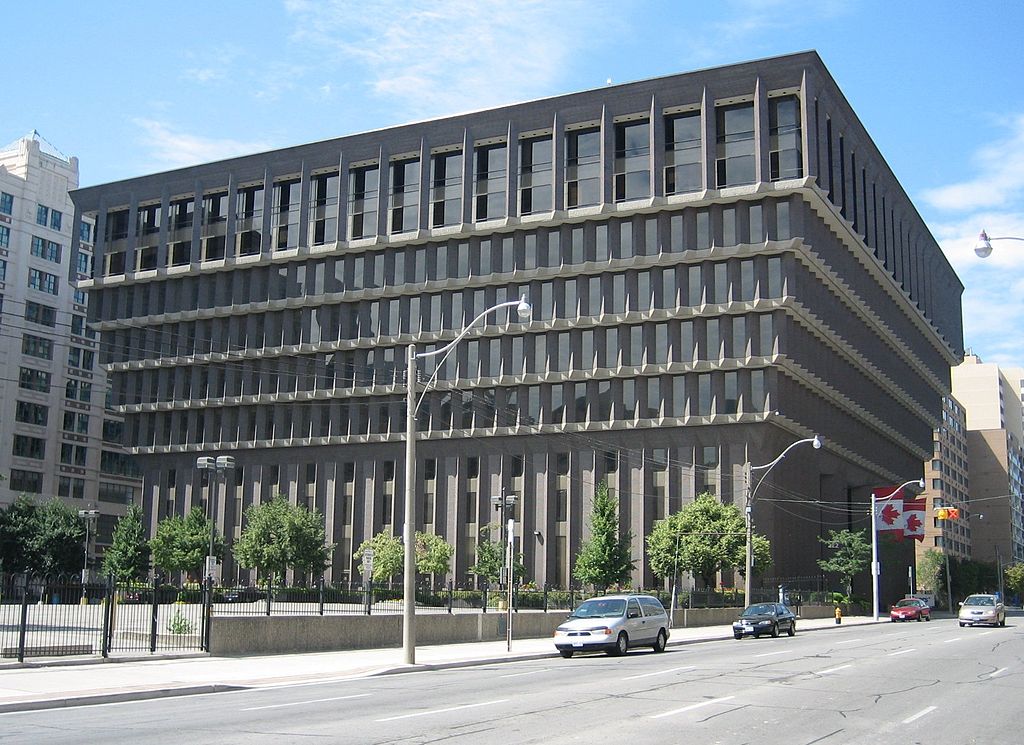 The attempt at standing out here with the inverted pyramid design is something to be appreciated, but the dark, drabness of the exterior makes it stand out in a bad way.