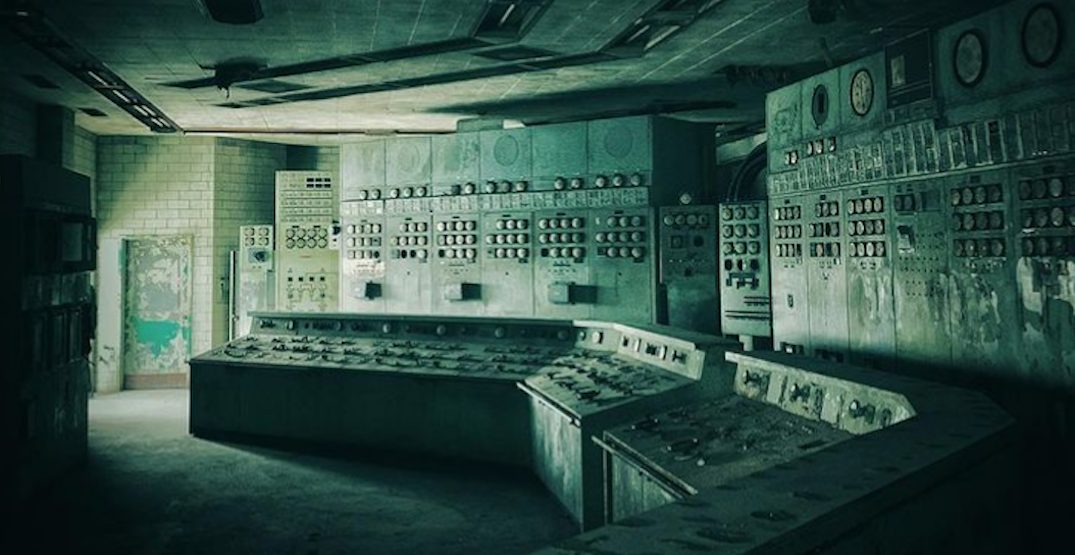 Toronto is home to many TV productions filming all over the city. The director behind one of them just shared some spooky pictures of an old Toronto power plant that he took while location scouting.

DC Titans director Boris Mojsovski posted two eerie photos from inside the now decommissioned Hearn Generating Station to his Instagram on Tuesday. The third season of the live-action superhero show is currently filming in Toronto and Mojsovski wrote that he visited the plant while location scouting for two upcoming episodes.

From the photos, the inside of the Hearn certainly looks like it was made to be a TV set, with its intimidating concrete walls and eerie green glow. But the plant, located in Toronto’s Port Land’s area, actually served as an important part of Toronto’s energy generation many decades ago.

The Hearn Generating Station was opened in 1951 and was originally a coal-burning plant. At its peak, it employed hundreds of people. By the 70s, it was converted to burn natural gas, and was then decommissioned in 1983. In recent years it’s become a popular spot for filming and events.

As if Mojsovski’s photos of the Hearn weren’t chilling enough, he said on his Instagram that the temperature inside the out-of-use Toronto power plant was three degrees colder than it was outside.

Whether the show’s production team will end up using the Hearn as an official filming location for the upcoming Titans season is yet to be seen, but if a creepy vibe is what they’re going for, it’s safe to say they’ve definitely nailed it.