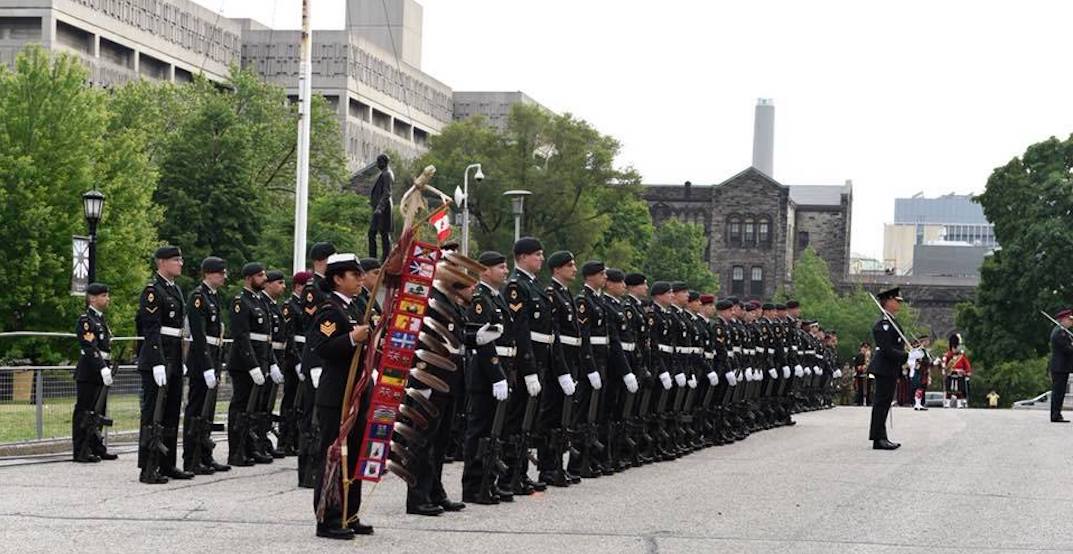 Police have notified the public that there will be a 21-gun salute in Toronto today.

According to police, the salute will take place at Queen’s Park at approximately 1:40 pm and there is “no need for concern.”

Public Notification: there will be a 21 guns salute at queens park at approximately 1:40 this afternoon. No need for concern. I will tweet this again as it gets closer to that time. ^gl

While Police say it’s a 21-gun salute, the National Defence has said the salute will only involve 15 guns.

The salute will occur in recognition of Her Honour the Honourable Elizabeth Dowdeswell, Lieutenant Governor of Ontario, who is delivering the Speech from the Throne.

This speech will open the first Session of the 42nd Parliament of Ontario.

A 15-gun salute will occur in recognition of @LGLizDowdeswell, Lieutenant Governor of Ontario delivering the Speech from the Throne at Queen’s Park at approximately 2:00 p.m. on Thursday, July 12th, 2018. The speech will open the first Session of the 42nd Parliament of Ontario. pic.twitter.com/7BMqR5UrTM

However, the public isn’t reacting well to this news, as police have already informed the public of a potential safety risk involving the GTA.

So extra Police presence in case of… ? But dont cancel the 21 gun salute, where people in the area might panic after your ridiculous press conference?