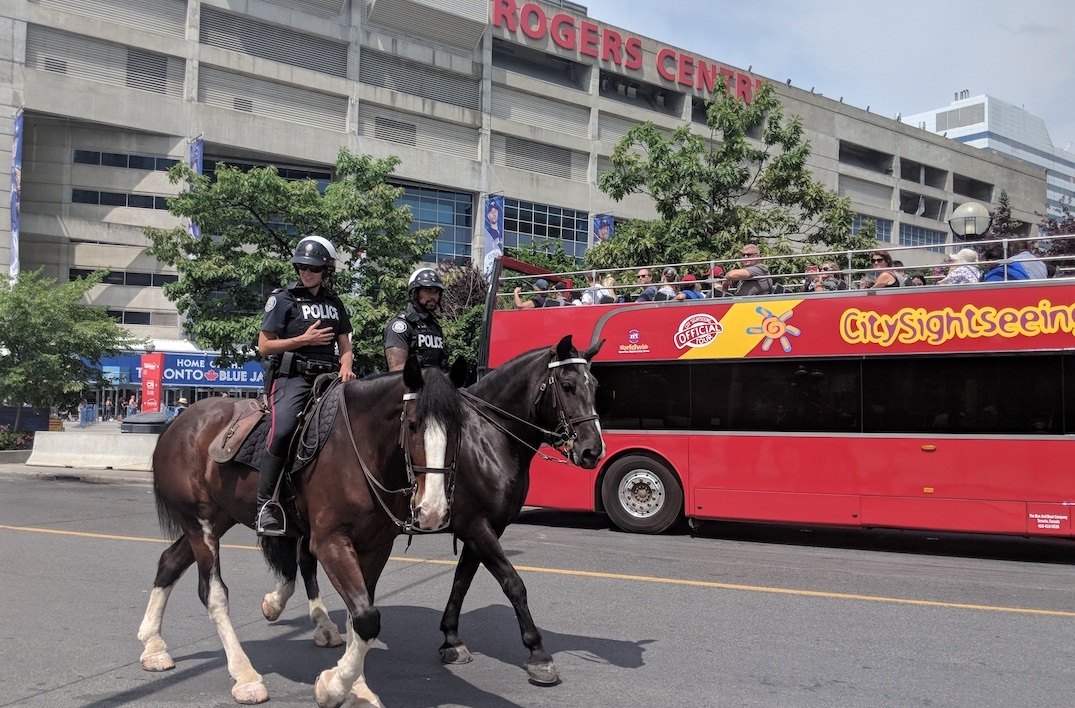 Toronto Police say that a risk to public safety resulted in the deployment of more officers in the city’s downtown core today.

Acting Superintendent Michael Barksy said that there has been extra police in Toronto since the NHL and NBA playoffs earlier this year, and that today’s increased footprint is as a result of information received – although no further details were given due to an open investigation.

Barksy confirmed that the information they received this morning pertained to the Greater Toronto Area, and that officers are being sent to any area of the city where there is usually a large number of people.

Police will continue to be present in the downtown area throughout the day, especially near the CN Tower, Ripley’s Aquarium, and Rogers Centre, where a Foo Fighters concert is scheduled for this evening. 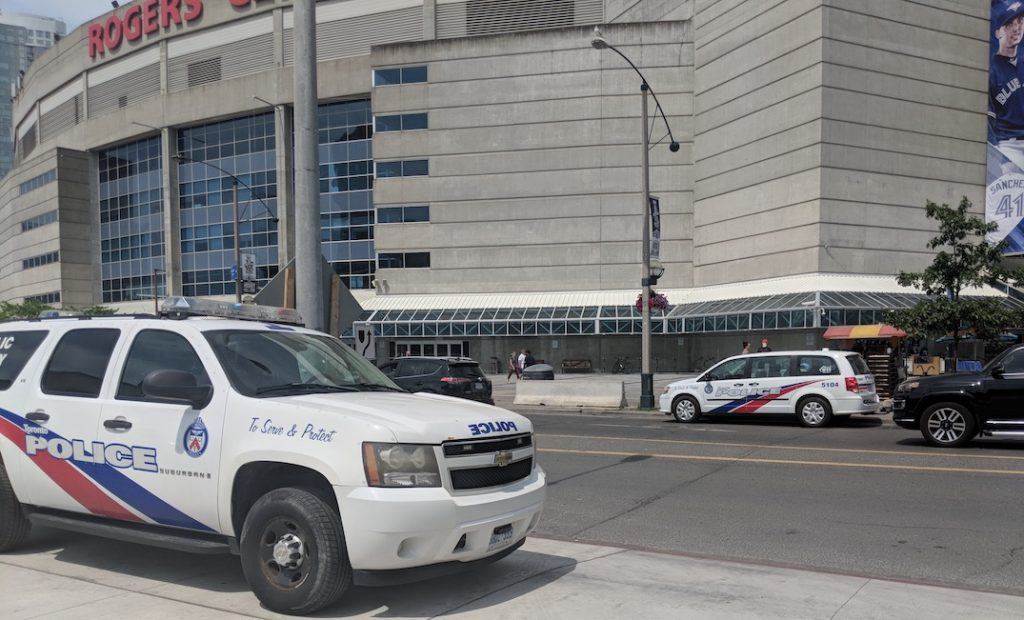 And Barksy said that all businesses are open at this time.

He added that visibility of police presence assists in making sure the public is safe.

As for this morning’s vague tweet, Barksy said, “I’m not going to speculate on how people interpret the message,” adding that people should still go out and enjoy their day.

Earlier today in a tweet, Toronto Police that stated they were “responding to an unconfirmed, uncorroborated piece of information relating to the GTA. As a result of this information, you will see an increased number of police officers throughout the city and, specifically, in the downtown core.”

So while that is the case, Barksy wants to ensure the public that the city remains safe.

“Toronto is one of the safest cities in the world and we want our community to continue to enjoy that,” he said.