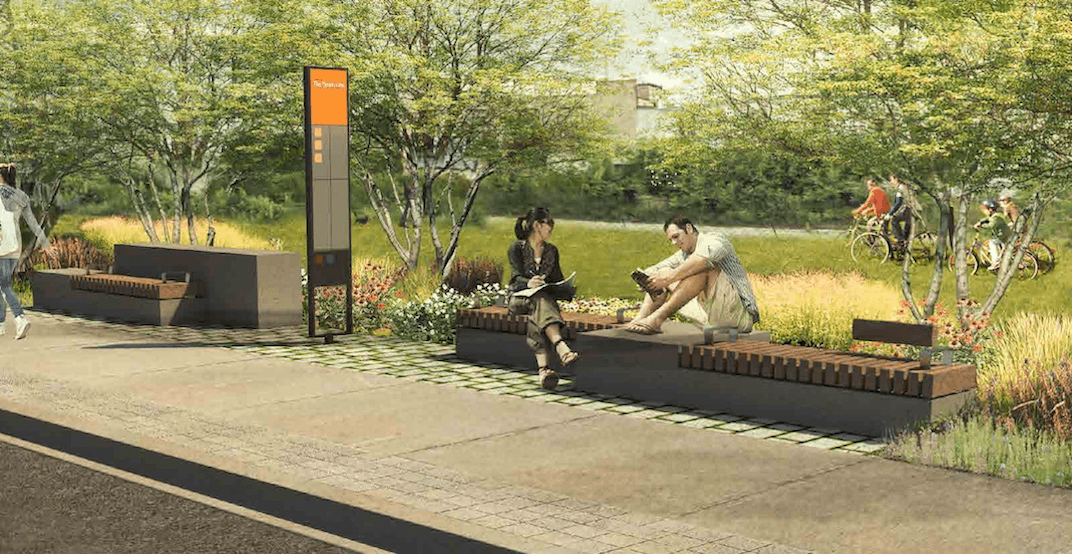 In a city that’s constantly evolving like Toronto, it can be challenging to find room for new parks and green spaces, especially in the built-up and dense downtown core.

However, a provincially owned Hydro One corridor that runs from Davenport and Macpherson Avenue west and northwest towards Earlscourt Park presents a rare opportunity to create a linear open space amenity within the rapidly intensifying city.

The end result would be a 5 km-long ‘Green Line‘ that would connect the city to parkland and open space, similar to New York City’s High Line.

The Green Line would serve as a connected series of open spaces within this corridor, providing much-needed park space for a number of neighbourhoods that it would both pass through and connect to.

This includes the neighbourhoods from Wiltshire Avenue and St. Clair in the northwest to Davenport and Macpherson Avenue at the southeast end, from the Corso Italia neighbourhood down to Casa Loma and the Annex.

According to the Green Line Implementation Plan, the project would be completed over time and through a priority phasing system, which identifies sites that have higher priority levels.

The Green Line would be made up of 45 parcels of land, some of which would be licensed from Hydro One, and more than 20 proposed projects that have been prioritized into three-time horizons: immediate (0-3 years), near-term (3-5 years), and longer-term (5-10 years).

Connecting all of the 45 land parcels that comprise the Green Line is the long-term objective, according to the Implementation Plan.

However, the project faces two main challenges, including working around parcels of land that are currently licensed (including areas for parking).

The other challenge is that all parks within the corridor must satisfy the technical requirements from Hydron One so that it can operate its infrastructure.