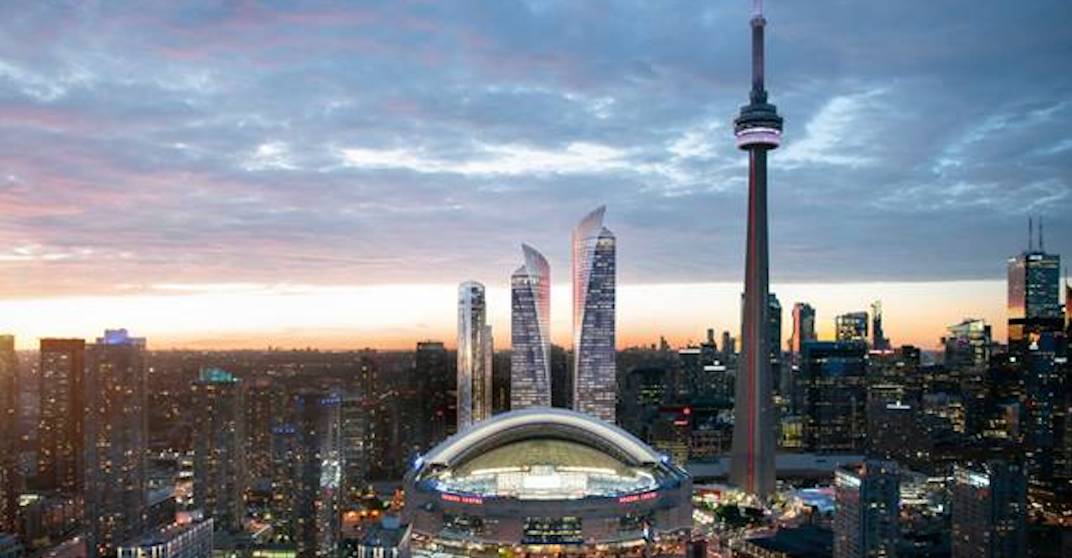 Oxford Properties has revealed the initial designs for its development of Union Park, a historic, $3.5 billion mixed-use project that includes sprawling office space, nearly 1,000 residential rental units, and the opportunity for three acres of public space including an urban park built over Union rail corridor.

The four-acre site, which is prominently located to the north of the Rogers Centre and CN Tower, is set to be transformed into a 4.3 million sq. ft. mixed-use development, the largest in Toronto’s history and one of the largest ever in Canada.

In addition to 3.3 million sq. ft. of office space, the project also includes 800 rental apartments, 200,000 sq. ft. of retail, and potentially a two-acre urban park over the Union rail corridor. 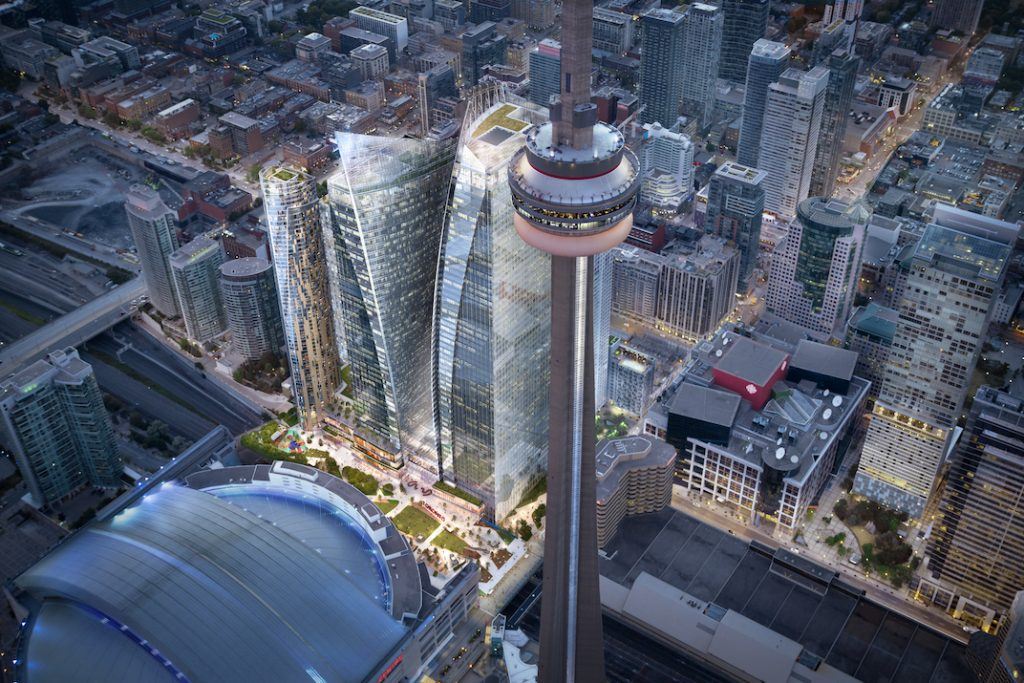 The development project has been designed by Pelli Clarke Pelli Architects. A firm that created the International Finance Centre in Hong Kong, The Petronas Towers in Kuala Lumpur, and the Salesforce Tower in San Francisco.

To help address the need for better rental options for families in the downtown core, the 800 residential units will include a good portion of two and three-bedroom apartments and a large integrated day-care. 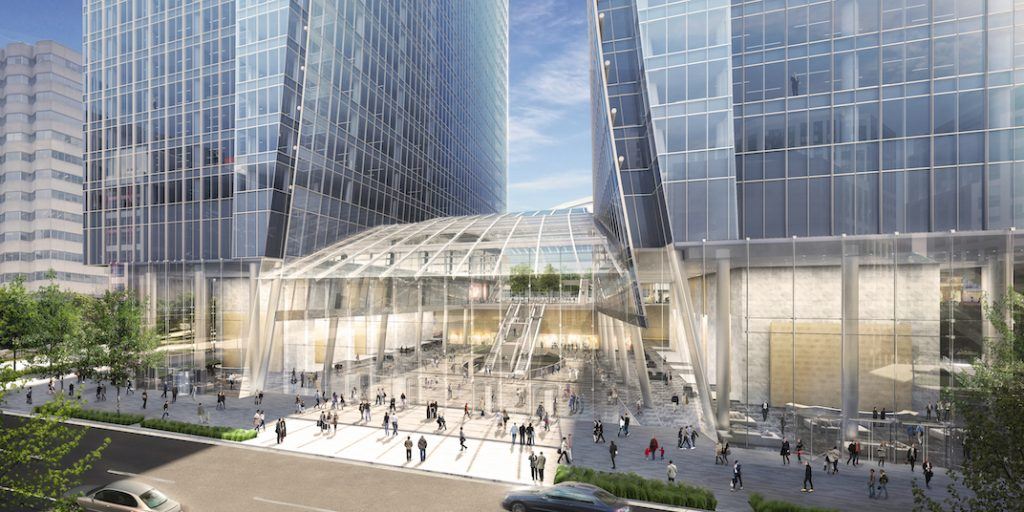 Additionally, the podium levels will feature bright, large office floors of approximately 100,000 sq. ft., which are in high demand by growing tech firms, and the PATH system will be extended west from the Skywalk to Peter Street.

But one of the most notable features of the project is the goal of building a two-acre urban park over the Union Station rail corridor, spanning between Blue Jays Way and the Rod Robbie Bridge.

Designed by OJB Architects, it aims to deliver much-needed public green space in the heart of Toronto’s downtown core next to some of the city’s most popular tourist destinations. 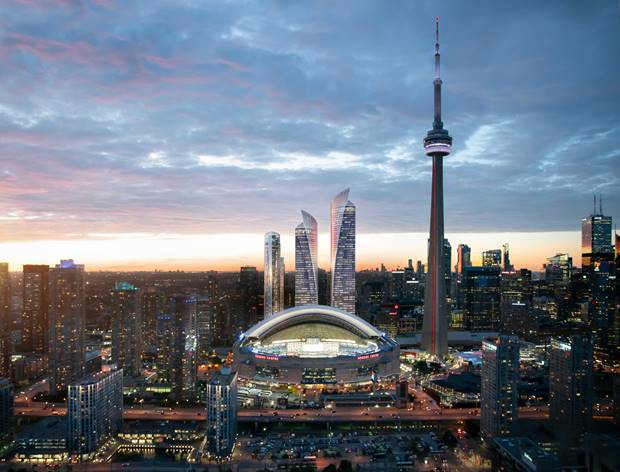 “This is a transformational project in one of the most exciting development nodes in Toronto,” commented Eric Plesman, executive vice president of North America, Oxford Properties, in a statement.

“Befitting its status as one of the largest redevelopment projects in North America, and the largest in Toronto’s history, Union Park will feature world-class design from a globally-renowned architecture team.”