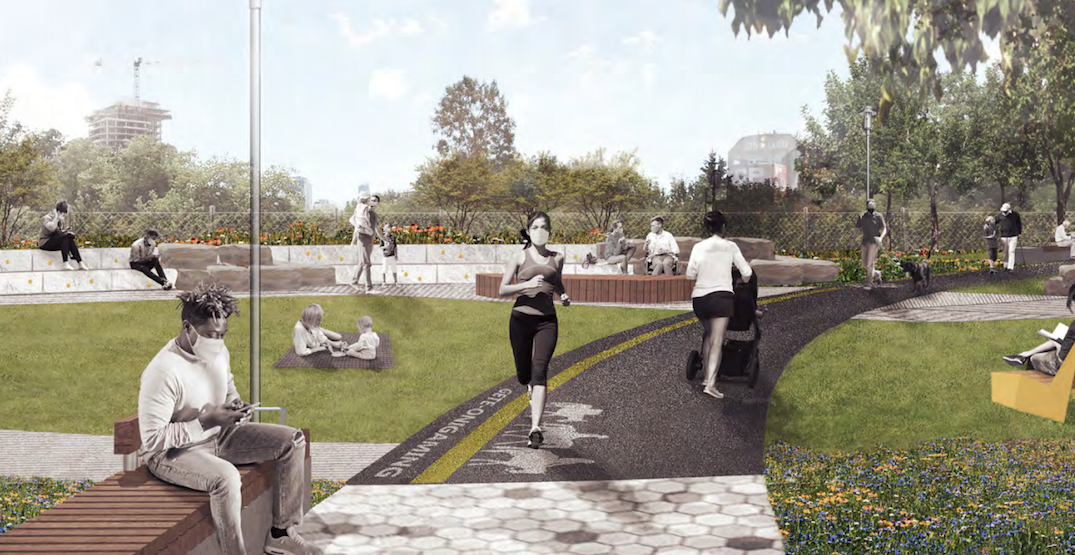 Toronto is getting its own 5 km linear park, and the first new section of it will break ground next year.

Located in the Lower Davenport neighbourhood, the new Macpherson Avenue Park will be part of the planned Green Line — a 5 km park system of new and expanded parks along an active hydro-electric corridor.

The Green Line is meant to connect the neighbourhoods it runs through, roughly spanning from Lansdowne and Davenport to Spadina and Dupont. More than 20 projects, including new parks and improvements to existing parks, are included in the Green Line plan. 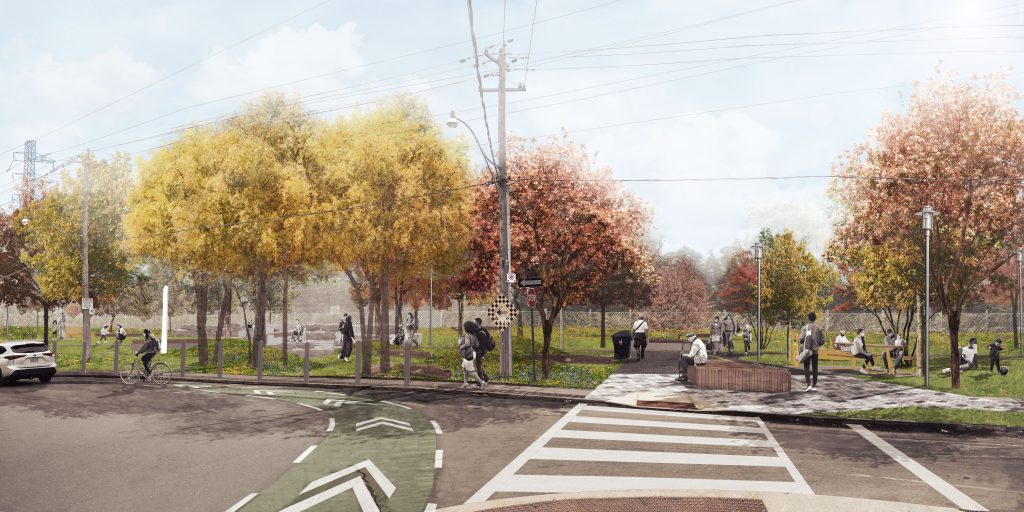 The proposed park design calls for sprawling paths, grassy areas, a meadow, and even an amphitheatre. Because the park is in a hydro corridor, no structures or play equipment is permitted, but the designs do plan for there to be adult exercise equipment in the park, so you’ll be able to get your sweat on.

The plans also call for several sidewalk improvements, so the park is better connected to the street. 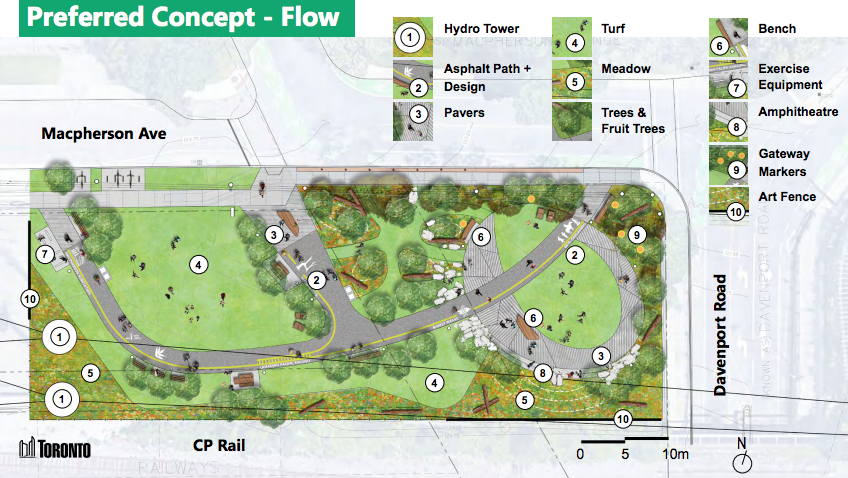 The park will also be inclusive of Indigenous culture, incorporating ceremonial and medicinal vegetation, signs explaining the history of the area, signs with Indigenous languages, gateway markers and artwork with traditional territory clan symbols. 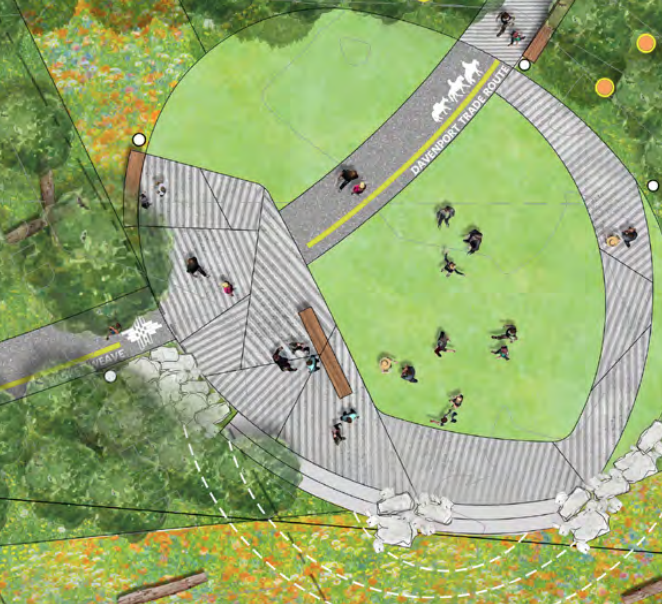 Plans to use the open grassy areas for activities, such as a physically distanced movie night that could accommodate more than 50 people, have already been drafted.

With the proposed design complete, the City will now have to get it approved by Hydro One, which is expected to happen this spring and summer. Construction on the Macpherson Avenue Park will kick off in Spring of 2022 and finish the following year.

During that same time, the already existing Geary Avenue Park, which will be part of the Toronto linear park, will undergo improvements and expand to the space running parallel to Geary Avenue between Delaware Avenue and Westmoreland Avenue. Construction will wrap up in the fall of 2022.