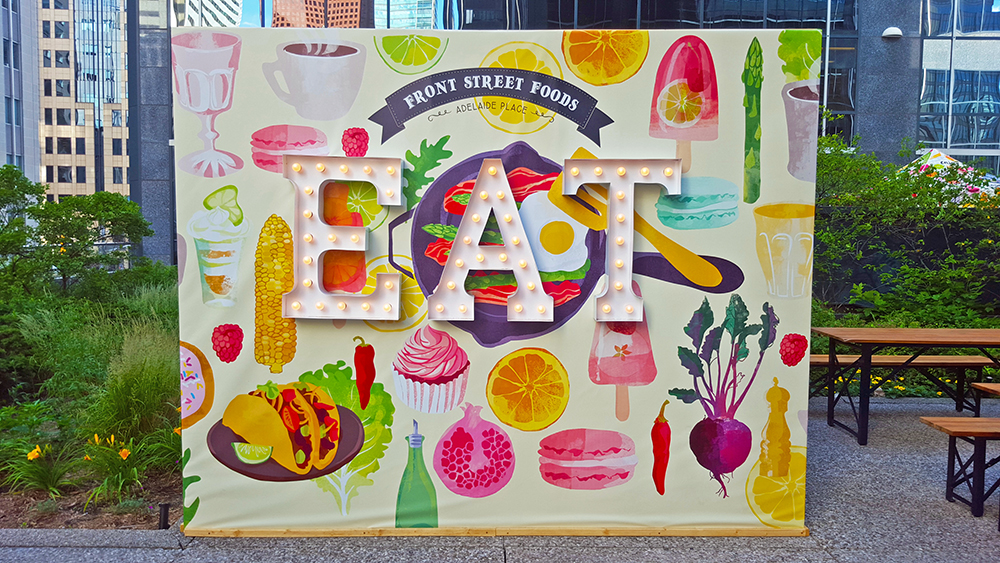 It seems like new food trends emerge in Toronto as often as people hashtag #the6ix on Instagram.

While some bricks-and-mortar restaurants are quick on the uptake, it’s the city’s leaner food spots – the food trucks and pop-up stands – that are setting the biggest foodie trends this summer.

One of this year’s coolest hangouts is only just celebrating its second birthday, and a brand new location. Front Street Foods at Adelaide Place (150 York Street) is like a little culinary oasis in the heart of the financial district. It’s home to 20 local chefs, restaurants and food entrepreneurs serving up everything you could possibly want to eat al fresco. Just follow the colourful signs up to the second floor terrace.

The Front Street Foods market is on until August 5, Monday-Friday 11am-8pm (some vendors are even open for breakfast at 8am), so there’s plenty of time to try one of everything throughout the summer. (Note: closed on Canada Day)

If you want to find out what’s trending in Toronto’s food scene, pop-up summer markets like this are the place to catch the newest food trends. From Hungary to Hawaii, this year they’re coming from all over the world. 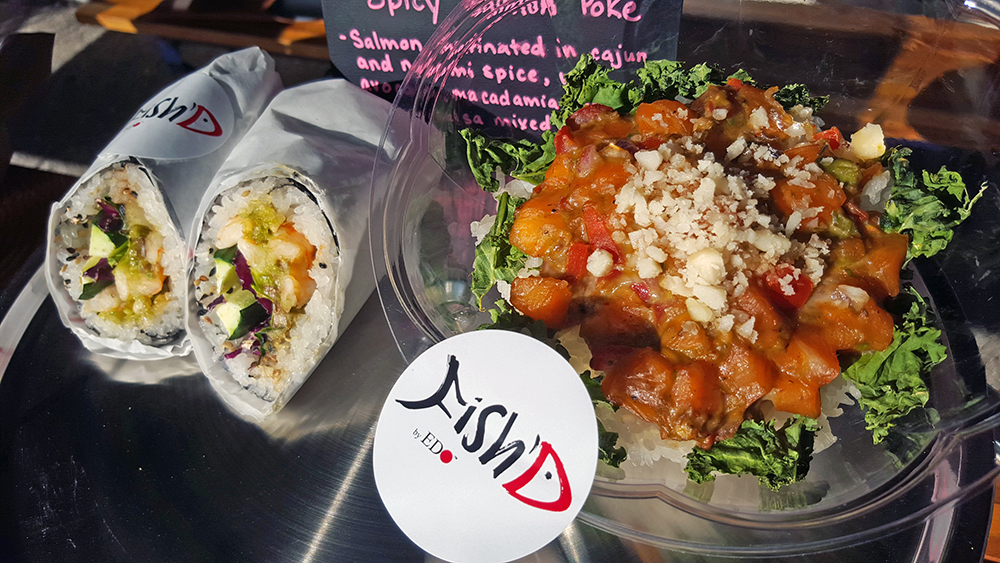 No, this is not a Gameboy-era throwback, it’s way better than that. This is a Japanese-meets-Hawaiian trend of raw fish on rice (deconstructed sushi?) that is, in my opinion, just perfect. Fish’d by Edo has a spicy salmon poke marinated in cajun and nanami spice with avocado, macadamia nuts, tomato salsa with jalapenos, mixed together with yuzu ponzu sauce on top of kale and sushi rice (or quinoa if you prefer). It’s like everything you’ve always wanted sashimi to be.

As if poke bowls weren’t amazing enough, the Fish’d pop-up at Front Street Foods is also offering sushi burritos. This is the summer for sushi lovers.

Finally, a dish where the melted cheese isn’t a stingy-portioned addition, it’s the main event. Melted raclette dishes hail from Switzerland originally, but they exploded onto the New York food scene when Raclette NYC opened and the internet caught wind of a thing that’s actually been going on in Swiss restaurants for ages.

And now the trend has arrived in Toronto. Watching the huge gooey edge of a wheel of swiss raclette cheese scraped off to blanket garlicky potatoes is almost as good as eating the hot mess. Almost. 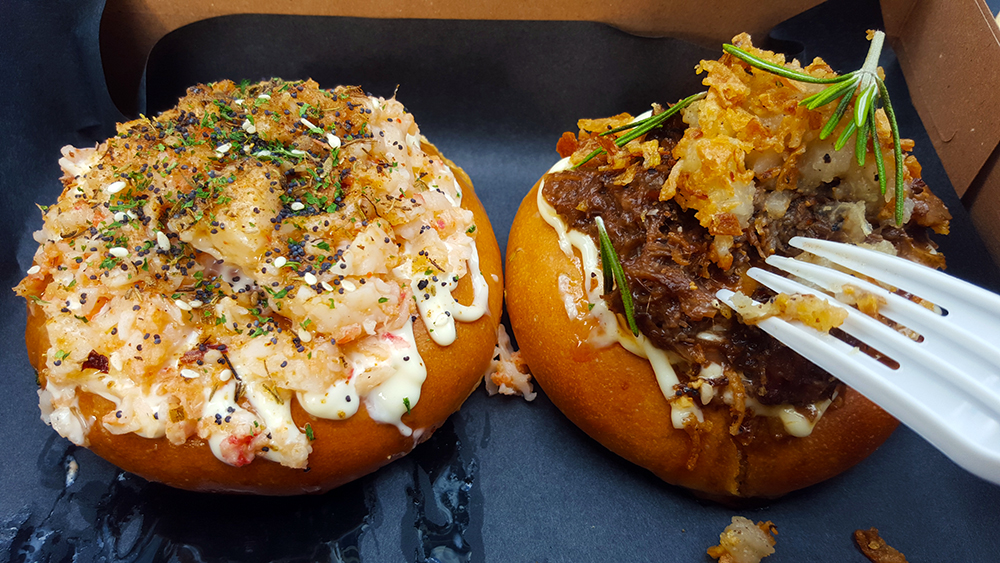 If you, like the rest of Toronto, can’t get enough of the soft steamed baos of Banh Mi Boys, you’ll love Hotbunzz. But instead of steaming their buns they bake them fresh daily, and stuff them from the top, piling them high with everything from pulled saucy bison to lobster with lemon aioli. If you can’t decide which to pick you don’t have to: the Surf and Turf comes with both bison and lobster(!)

This instagram-worthy dessert (they do savoury ones too) is an import from Hungary and Austria. The dough is baked around what looks like an oven-ready rolling pin so it’s thin, crispy, hollow, and covered in sugar, of course. The chimneys are then filled with frozen yogurt (that makes this a healthy dessert option, right…?) and topped with everything from brownie bites and chocolate fudge (Chocoholic Supreme) to maple syrup and bacon (Canadian, Eh?).

Don’t forget to tag your food photos with #dhtofood for your chance to be featured! What’s your favourite Toronto food trend this summer?