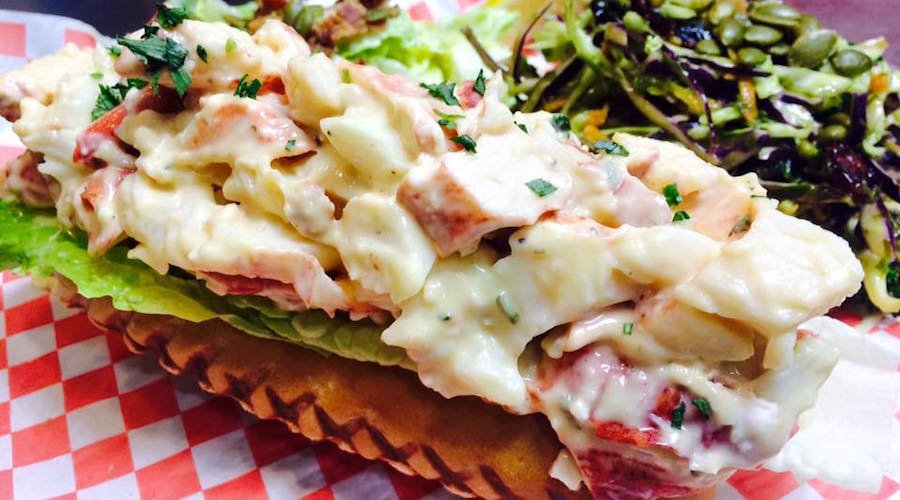 One of Atlantic Canada’s best gifts to the food world is without a doubt lobster. While you can order it up as surf to complement your turf, or enjoy it cooked to perfection and dipped in melted butter, you can also find lobster as a key ingredient in some fun menu items around town. Purists, then, may want to look away. Because things have gotten creative when it comes to lobster.

The classic northeastern summer sandwich is the lobster roll, and Smoked & Cracked make a mighty fine one. They offer a cold East Coast Lobster Roll, as well as a hot Newport Lobster Roll, both at market price.

It’s hard to narrow it down when practically the whole menu is lobster, lobster, lobster at the fittingly-named Lobster Monster. Kick off a lobster feast with their Lobster Poutine (but feel free to save room for other lobster creations, like their bisque, Lobster Salad, Warm Lobster Dip, and so on). Their oh-so-Canadian poutine is described as a “steaming savory mess of fries, mozzarella cheese, hot gravy, bacon, tender lobster chunks, and a dise of real Canadian maple syrup.” Oh, Canada, indeed!

Fancy a club sandwich with lobster? That’s pretty fancy. The Lobster Clubhouse at one of Toronto’s long-time favourites for fine dining, Canoe, is the stuff people write entire articles about. It’s made with Canadian bacon, smoked cheddar, and, of course, lobster, with radish salad. Power lunch on that one! 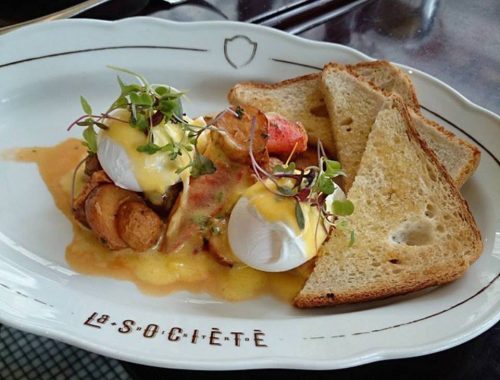 Rise and shine Parisian style at the stylish and chic La Société. They have done some lovely things with lobster as an ingredient, however they happen to make a lovely Lobster Eggs Benedict. Bonjour!

Toronto celeb chef Mark McEwan is keeping it (fairly) casual at Bymark, at least they are when it comes to this Lobster Grilled Cheese. Find this high-end sandwich marrying lobster with aged brie, pancetta, and lemon garlic aioli with a side of tempura onion rings on Bymark’s lunch menu.

Lobster Nachos at The Drake Hotel 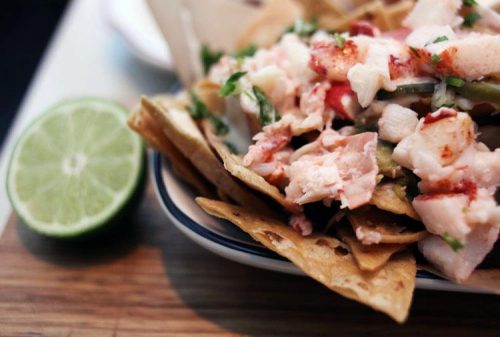 Head to The Drake Hotel after work and check out their Apres Work menu to find their Lobster Nachos. Chef Ted Corrado makes this popular share-able dish with a cheddar-spiked béchamel sauce, and heaps of lobster. If you are feeling adventurous, you can try to replicate this one at home, too. But why bother?

Grab some friends and get ready to feast. Wah Sing is well-known for offering their two-for-one deal on the Lobster Special (aka Double Lobster). Definitely a more laid-back way to enjoy lobster in a variety of ways, from black bean to spicy salt and pepper-style.