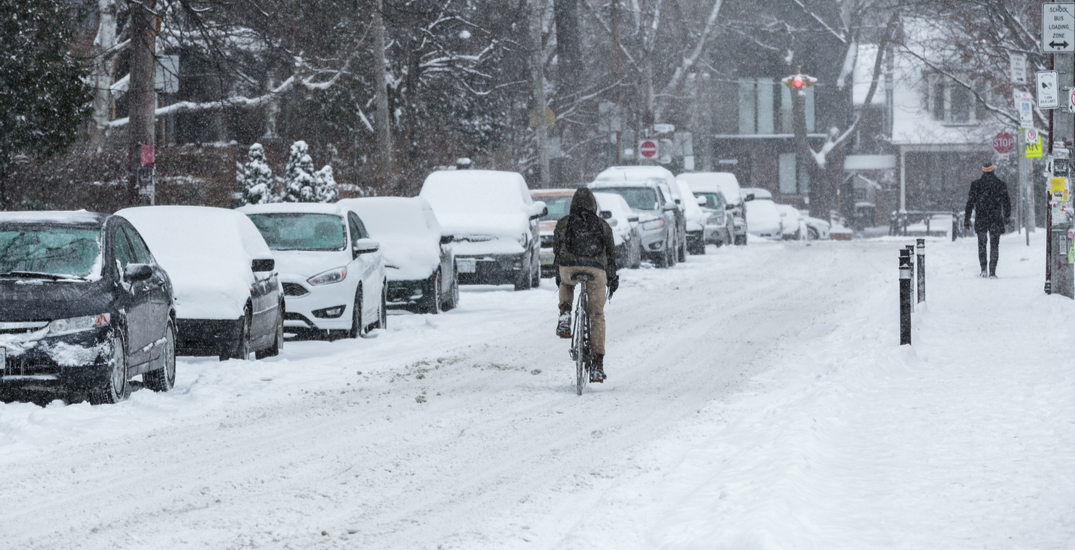 Not a day goes by without complaints about Toronto’s bike lanes.

Love them or hate them, use them or curse them, they are often a hot topic in the city, and this weekend was no exception. After Sunday’s first accumulating snowfall of the season, cyclists wondered when they might be cleared for safe winter riding.

Cyclists in the City quickly took to Twitter to document their treacherous rides. Despite clear roadways, some bike lanes were still slippery, snowy messes.

Pictures show lots of tracks through the snowy lanes. A clear sign that Toronto’s cyclists aren’t deterred by a bit of snow.

Many people took to Twitter to emphasize the dangers of homeowners and business owners shovelling snow into bike lanes. One woman tweeted that she got into an argument with some people who were pushing the snow from the sidewalk into the designated bike lane.

Some days it is hard being a cyclist in TO- This morning there were two guys wearing safety vests shoveling snow at houses, at Shuter, and Parliament.
Asked them politely to please not throw snow in the bike lane when they are shoveling, because it is dangerous for cyclists.

According to the City of Toronto, bike lanes are supposed to be salted and plowed at the same time as the adjacent road. While the above tweets seem to indicate otherwise, the City said that downtown bike lanes are prioritized.

Snowy bike ride is so pretty through distillery #bikeTO pic.twitter.com/8Vmp4TQjyb

Despite the messy bike lanes, some Toronto cyclists seem to have enjoyed their snowy rides.