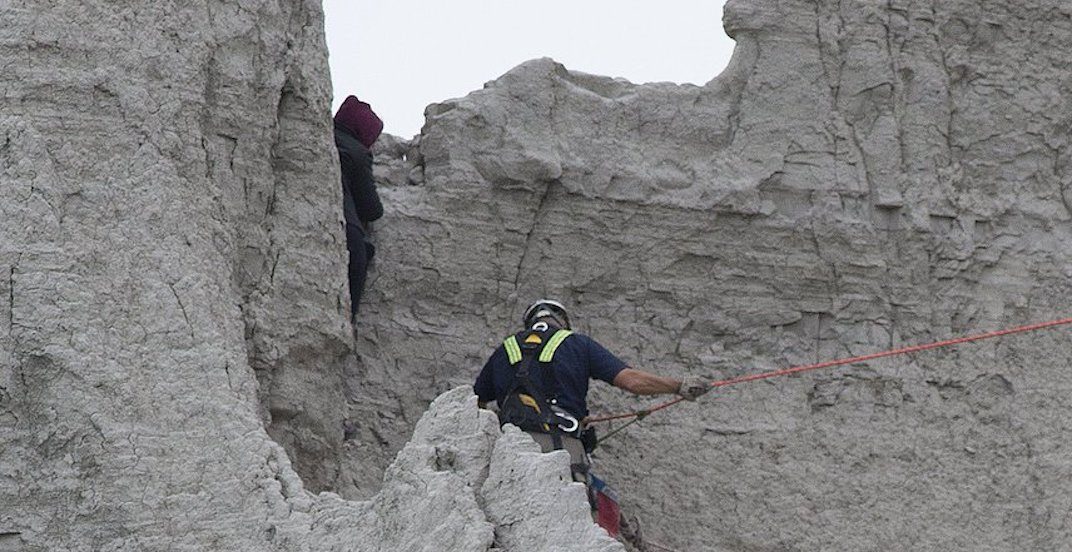 Toronto Fire Services is urging the public not to climb the Scarborough Bluffs following series of ‘extraordinarily dangerous’ rescue missions over the weekend.

According to Toronto Fire, on Saturday, September 8, two people who had gotten stuck after climbing the bluffs had to be rescued, despite warning signs advising the public not to climb.

Toronto Fire at the Scarborough Bluffs for a rescue, two people stuck 100’ down pic.twitter.com/eo6xdOJ88r

The following afternoon, Toronto Fire returned to the bluffs, this time to rescue two climbers who were trapped near the peak of the bluffs.

According to Fire Chief Matthew Pegg, five firefighters on ropes had to climb to a steep peak of the bluffs to reach the trapped climbers.

A quick example of what our @Toronto_Fire technical rescue crews faced today. This is one of five rescuers on ropes working to reach the 2 trapped climbers. Thank you @johnhanleyphoto for providing this photo. PLEASE everyone – do not attempt to climb the bluffs! @TPFFA pic.twitter.com/8rtciSoTIB

Luckily all the climbers and firefighters got down safely, but Toronto Fire is reminding the public that these rescue missions are “not a walk in the park.”

Please look at this photo. Firefighters rescued 4 people from the Bluffs fortunately everyone including our firefighters got down safely. It is not a walk in the park! https://t.co/lECYGKKXU4

Following there rescues, Mayor John Tory thanked Toronto firefighters for their courage and professionalism during the rescues.

Thank you to our @Toronto_Fire firefighters for their courage and professionalism during Sunday’s rescue at the Scarborough Bluffs. https://t.co/drDTYmLaOh