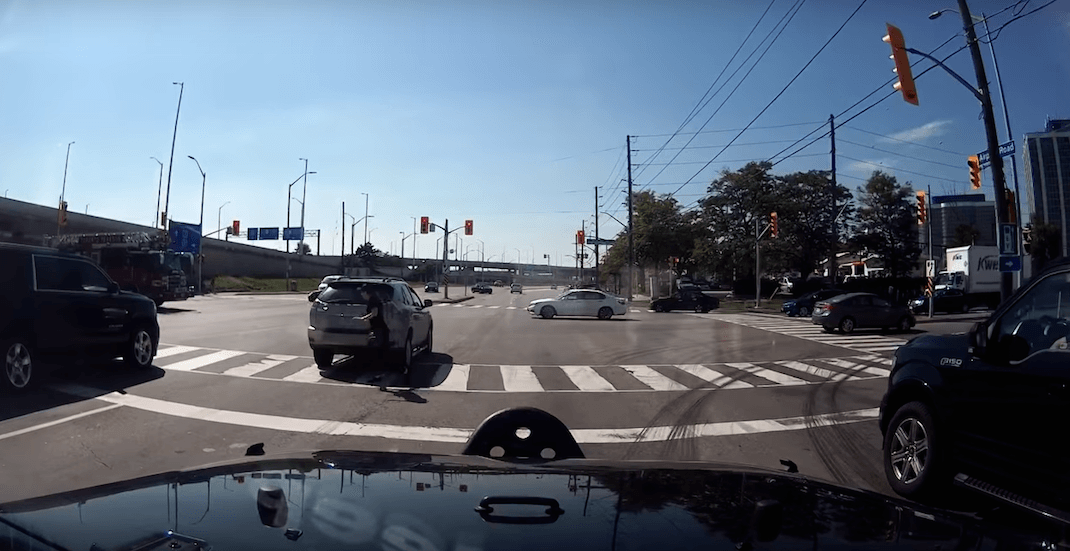 The video, which was posted on YouTube by Michael Entel on September 5, shows an SUV first cut off the vehicle with the dash-cam before nearly hitting another vehicle at a red light and finally almost reversing back into a pedestrian.

“Reckless Driver cuts me off, almost hits another car on a red light, and then almost runs over a girl,” reads the description of the video.

In the footage, the vehicle with the dash-cam begins to change into the left lane, only to be abruptly cut off by a Lexus SUV.

As the driver of the vehicle honks its horn, the SUV quickly accelerates toward the intersection and slams on the breaks to avoid hitting a vehicle crossing through the intersection.

The SUV begins to back up as a female pedestrian is crossing the street, just barely missing her.