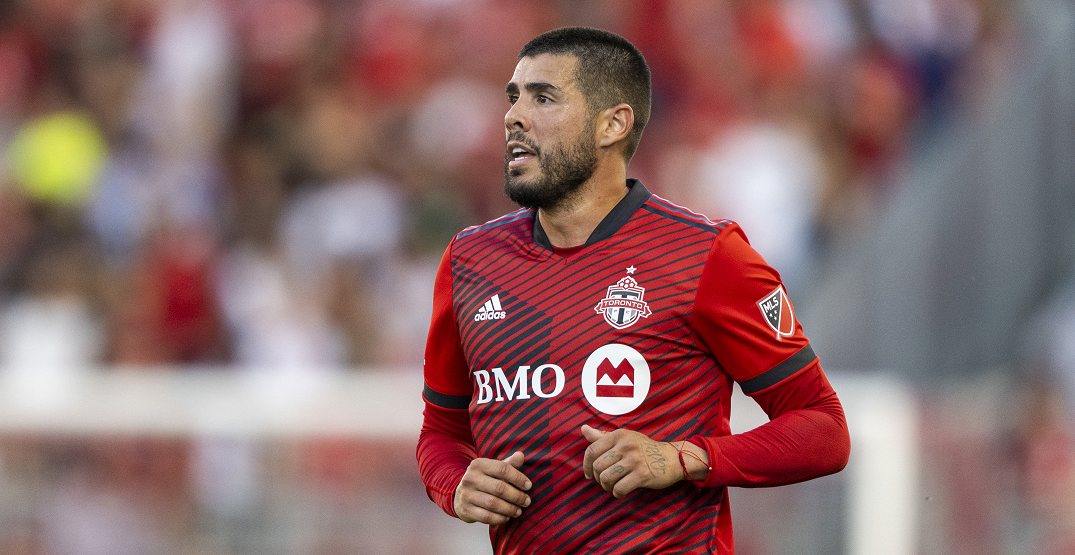 The Alejandro Pozuelo era is coming to an end in Toronto.

MLS’s Michael Singh added that Toronto FC is expected to be signing Italian forward Federico Bernardeschi from Juventus on a free transfer.

Toronto FC are trading Alejandro Pozuelo to Inter Miami, can confirm. This means that Toronto FC will be signing Federico Bernardeschi from Juventus on a free transfer, I'm told. https://t.co/u2Q94058w3

ESPN’s Jeffrey Carlisle added that Toronto would be receiving $150k in allocation money, while also getting rid of Pozuelo’s $4.69 million salary, per Waking the Red.

Source tells ESPN that #TFCLive is getting $150k in allocation money from #InterMiamiCF. But this is also about opening up the DP spot and getting Pozuelo's salary off their books. https://t.co/lVFkaA2K1L

Pozuelo’s departure comes just before the official arrival of Italian international star Lorenzo Insigne, who is first eligible to play for Toronto FC this Saturday against San Jose.

The 30-year-old Pozuelo originally joined Toronto FC in March of 2019 as a designated player, having most recently played for Genk of the Belgium league while also having stints at Wales’ Swansea City and Spain’s Betis and Rayo Vallecano clubs.

Pozuelo was named the recipient of the Landon Donovan award for the MLS’s Most Valuable Player award in the 2020 campaign and led the team to an MLS Cup appearance during his first year with the team.

This season, he’s scored four goals through 16 league matches. Toronto currently holds a record of 5-3-10 while sitting 12th in the MLS’s Eastern Conference, while Miami sits in ninth place with a record of 6-4-7.