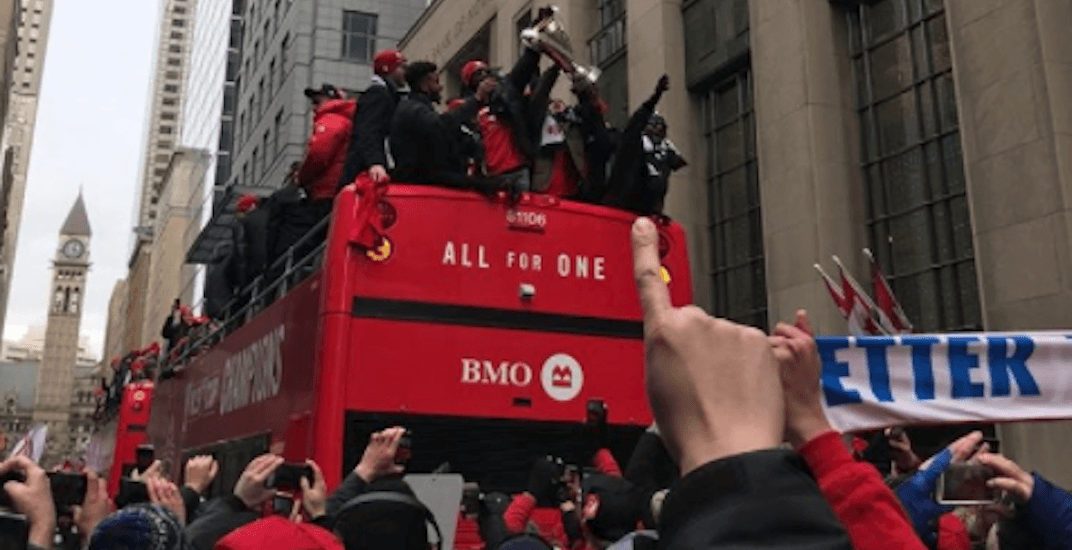 Aboard open-roof double-decker buses, the team and supporters paraded through the streets of downtown Toronto. The parade began at Maple Leaf Square, going up Bay Street to Nathan Phillips Square where a rally was held for the team.

“I think everybody that’s here should just not go back to work today,” said Toronto mayor John Tory to an excitable crowd.

After a number of people spoke to the crowd, the team capped off the celebration with a viking clap – just as they did after games at BMO Field.

Here’s a look at some of the best photos/videos on social media from people attending the parade:

Couldn’t make the game because I was 30,000 ft up in the air on a return flight home. But this somewhat made up for it! #tfc #redpatchboys

When the parade marches by your office… #TFC #mlscup #mlscup2017 #champions

When the parade marches by your office.. 🤗 #TFC #mlscup #mlscup2017 #champions

Come on you Reds! Thousands gather at NPS to celebrate @torontofc historic #mlscup. Big win for Toronto. Banner year for Larry, too.