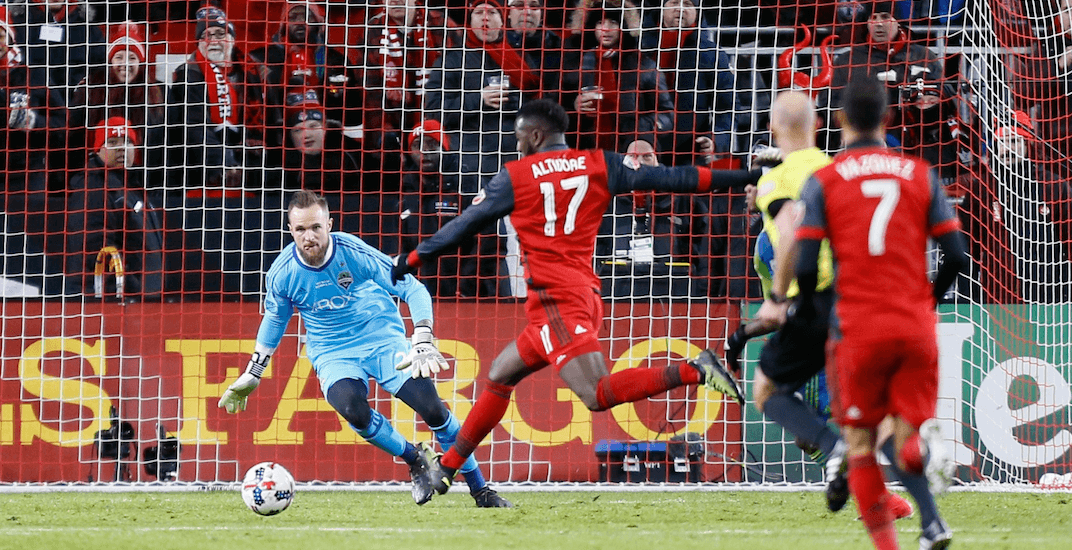 At long last, Toronto FC are champions of MLS.

Toronto defeated Seattle 2-0 in the MLS Cup Final on Saturday, getting revenge in a rematch of last year’s final.

It’s a story of redemption for Toronto, who had the best MLS regular season of all-time in 2017. This year, they were the class of the MLS Cup too.

TFC dominated play, but needed to wait for the 67th minute to get their reward.

Some wonderful passing by Victor Vazquez and Sebastian Giovinco set up Jozy Altidore in alone on Seattle keeper Stefan Frei. Just as he did in the Eastern Conference Final, the American international made no mistake, burying the goal to send BMO Field into a frenzy.

It had to be him! @JozyAltidore scores his second in as many games to give the Reds the lead!#TFCLive | #MLSCup | 1-0 pic.twitter.com/aYNiTavLic

Vazquez scored another in stoppage time to seal the deal.

"Toronto, I just want to say – on behalf of the team, the staff, everybody – this is the greatest city in the world," Altidore says at he receives MVP honours on the field. "This is for you guys." #MLSCup #TFCLive

After missing the playoffs for eight straight years upon joining MLS in 2007, Toronto has become the first-ever team from Canada to hoist the MLS Cup.