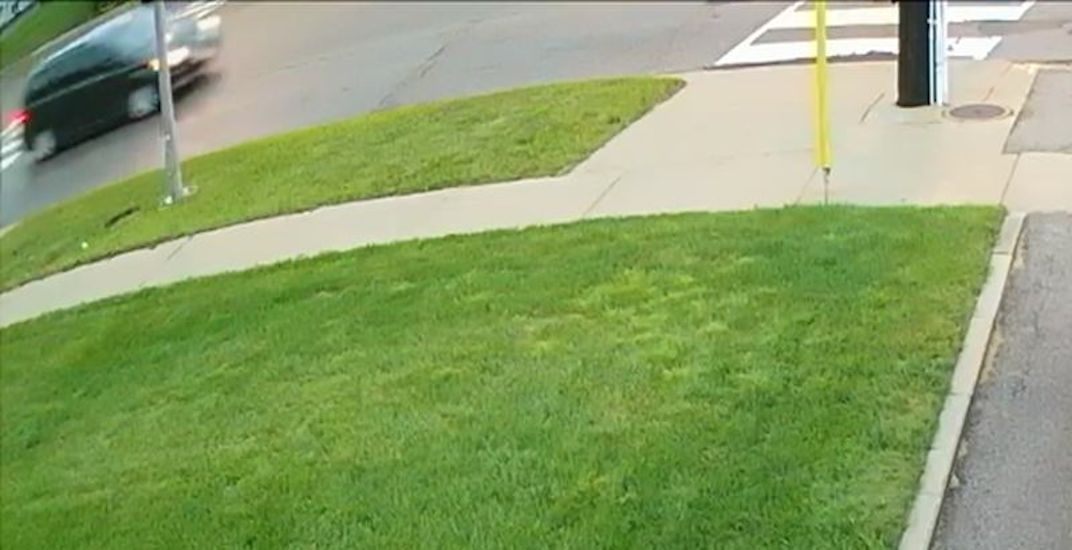 The Toronto Police have released surveillance footage of a vehicle involved in a fatal hit-and-run in Scarborough and are now appealing to the public for assistance with the investigation.

According to police, a 61-year-old man is dead after a hit-and-run at a crosswalk in Scarborough Wednesday morning.

The incident took place just after 7 am in the area of St. Clair Avenue East and Jeanette Street.

Police say a 61-year-old man was crossing the street, when a black Chrysler mini-van was travelling east on St. Clair Avenue East in the left lane and struck the man.

The driver of the minivan fled the scene and the pedestrian was rushed to a local hospital but succumbed to his injuries.

Police are now appealing to the public, specifically those who were present at the time of the collision, as well as local residents with surveillance video on their homes, vehicles, and businesses.