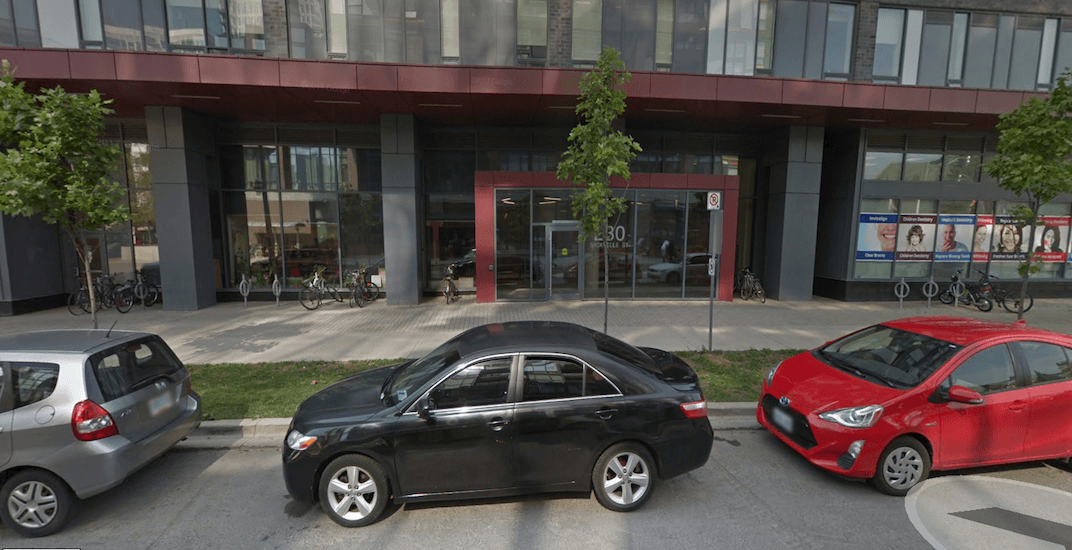 Where the victim was located, 230 Sackville Street/Google Maps

A male teen is dead following a shooting in Regent Park on Tuesday afternoon.

According to Toronto Police, the male’s body was found inside an apartment building at 230 Sackville Street.

Police responding to a shooting call Sackville & St Bartholomew. We are on scene and have located a male victim. Further when I have it #GO1777456 ^gl

Police say they were called to the scene at Sackville Street and St. Bartholomew after 4 pm. Paramedics worked on the victim but he was pronounced dead at the scene.

Toronto police said homicide investigators are now working on the case and they have no suspect information at this time.

This is the city’s second shooting in the last 24 hours and the city’s 81st homicide victim of the year.