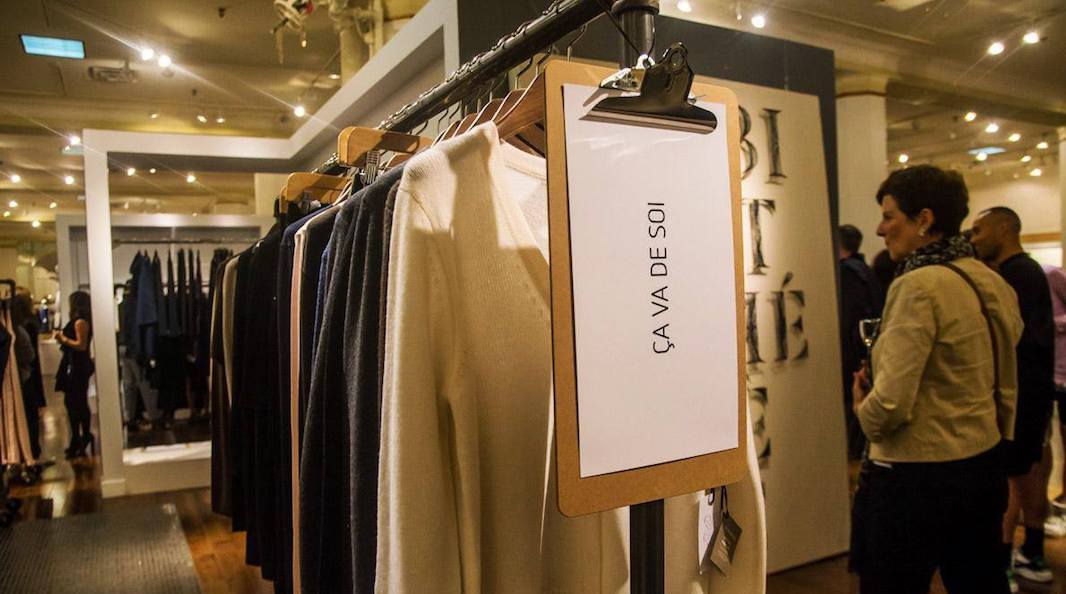 One of the brands at The Big Fashion Sale: ça va de soi (Facebook)

It’s every fashionistas dream, and it’s coming to Toronto.

A massive designer fashion sale that’s been a staple in Montreal for over 23 years is making its way to Toronto this month.

The Big Fashion Sale by Quebec Designers (also known as “La Braderie”) will be in Toronto from September 29 to October 1 at Enercare Centre, and it will be the shopping event of the season.

A well-established event in La Belle Province since 1994, the popular shopping event – sometimes referred to as the mecca for fashionistas – is launching in Toronto this month with plans to become a bi-annual happening. More than 40 Quebec designer brands, as well as a select group of up-and-coming Toronto labels, will offer between 30 and 80% off their retail prices.

“We’re thrilled to give Toronto fashion fans the opportunity to discover Quebec talents and brands that are not widely available in the city,” said Anne de Shalla, producer of the event, in a release. “This is only the beginning. We have plans to be in Toronto twice a year, once in September and once in April, to make of The Big Fashion Sale the same shopping tradition that it already is in other Canadian cities.”

When: September 29 to October 1