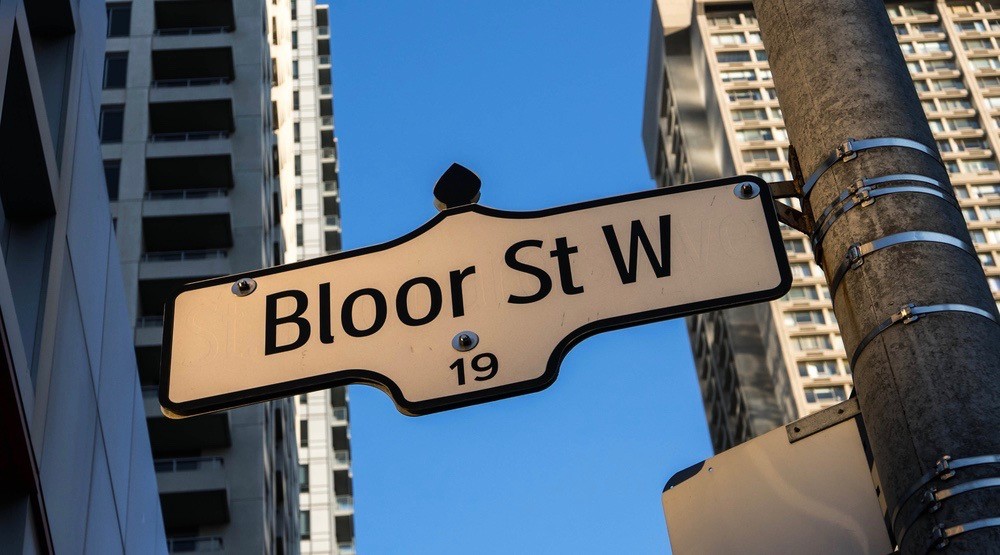 This report, as the name suggests, “tracks 462 of the top retail streets around the globe, ranking the most expensive in each country by their prime rental value and thus enabling analysis of headline trends in retail real estate performance.”

And in the Americas, Toronto’s Bloor Street comes in 6th for the second year in a row, the highest ranking of any Canadian street: 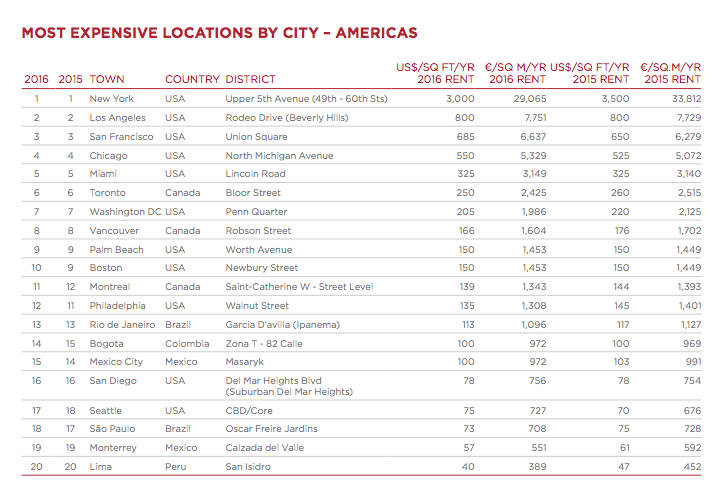 The extensive report spends little time on Canada as a whole but does offer this insight:

Spending habits in the Canadian retail market are shifting with divergence intensifying-the more affordable fast fashion market including international retailers such as Zara, H&M and Forever 21 attracting more consumers as is the luxury retail segment.

Adding as well that:

It’s fair to say that Canadian retailers as a whole are lacking in their online presence with bricks and mortar still a significant part of the retail scene. Demand is strong across the board for well trodden units along main streets such as Robson Street in Vancouver and Bloor Street in Toronto, and there are no signs of this slowing down.

Of course, those familiar with Toronto will not be surprised to hear that Bloor Street is also the 21st most expensive street in the entire world:

Being home to everything from Aritzia to Zara (literally A to Z), it’s no wonder Bloor Street is one of the most sought-after retail spots this side of the Champs-Élysées.