Evergreen Brick Works is currently known for its beautiful green spaces, cultural events and farmers’ markets, with more than 500,000 visitors each year. But the site, located along Bayview Avenue adjacent to the Don River, also played a pivotal role in Toronto’s history.

Its quarry revealed evidence of bear-sized beavers roaming the area thousands of years ago, while its clay-created bricks were used in the creation of landmark buildings like Massey Hall.

Here’s what you need to know about the long and fascinating history of Evergreen Brick Works. 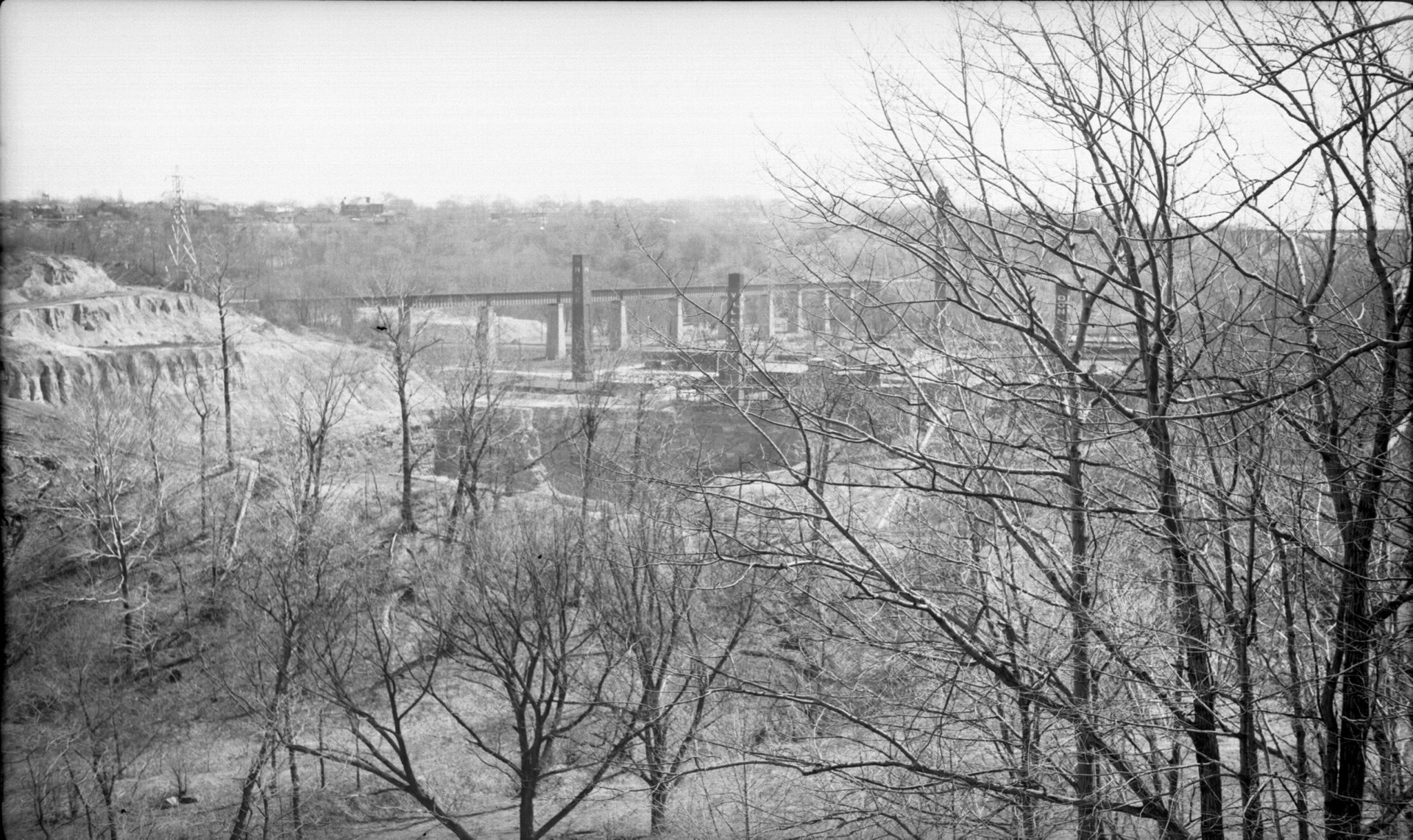 The place that is now known as Evergreen Brick Works doesn’t begin with brick-making. It starts way, way before that—with geology.

“When we talk about that prehistory, the era of the dinosaurs, a lot of people think, ‘Oh that didn’t happen here,’” said Heritage Toronto’s Director of Programming Kaitlin Wainwright. “Well it did, and the Brick Works is evidence that the city we live in existed 440 million years ago in a very different context.”

The history was imprinted in the walls of the quarry, which is now filled with water. The bottom of the quarry was an ancient seabed made of shale bedrock. It formed when the continental drift created Pangea, said Wainwright.

“Toronto was part of Pangea,” she said. “That’s the kind of crazy next level stuff we never think about when we go to the Brick Works and enjoy the ravines.” 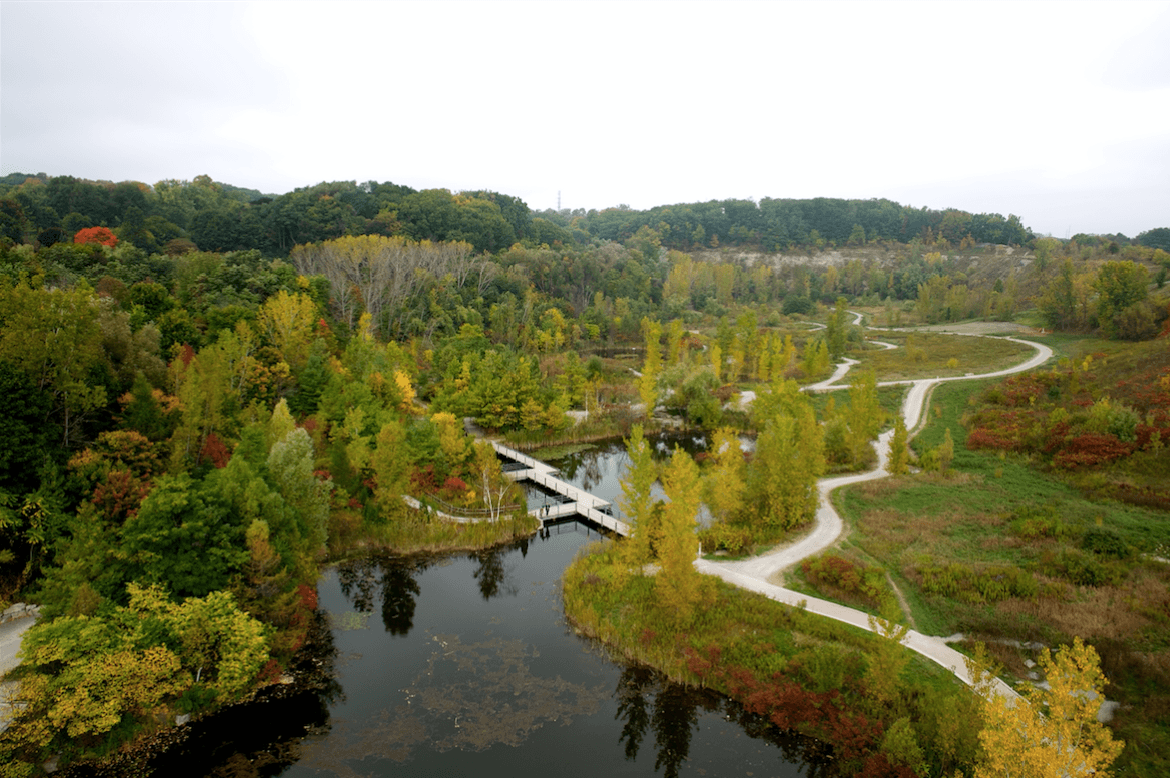 Fossil evidence of plants and animals were also found at the site—including the bones of massive beavers who lived there around 130,000 years ago. (Raccoons don’t seem so bad now.)

The top layer of the quarry was made up of yellow-coloured beach sand, called the Iroquois Sands. They were deposited 12,000 years ago and named after Lake Iroquois, a glacial lake that was the precursor to Lake Ontario.

“That’s why there’s so much clay on that site,” said Wainwright.

Bricks that built the city 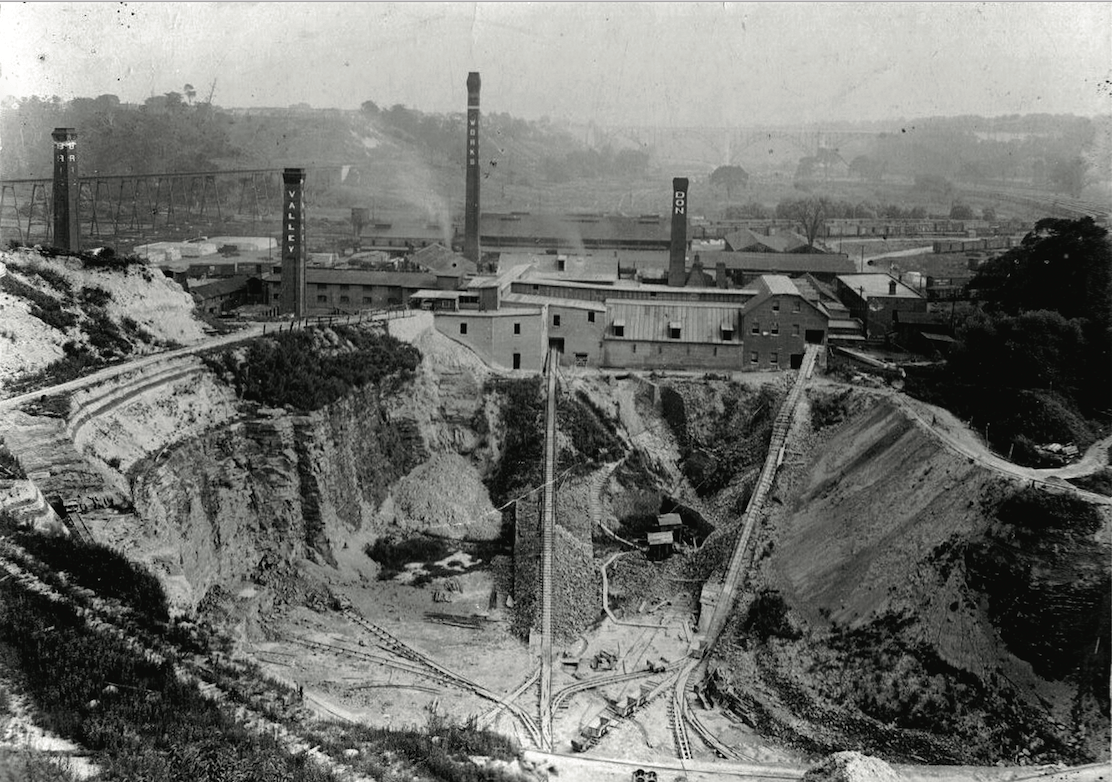 In the 1830s, the Taylor brothers purchased land and started a paper mill in the Don Valley. William Taylor was digging post holes to put up fences on his property and discovered clay in 1882. He decided to test it out for brick-making and sent it to a local kiln. The bricks came out perfectly, turning a deep red hue that was popular with builders at the time.

The Taylors opened up the Don Valley Pressed Brick Works in 1889, blasting out shale and clay with dynamite and digging it out with steam shovels. (The name later changed to the Don Valley Brick Works Limited under new ownership over a decade later).

The factory’s success was mainly rooted in the disastrous fire that razed Toronto’s downtown buildings in 1904. After the blaze, bylaws were changed to ban wood from being the primary material for construction. Instead, bricks became a popular and safe solution.

“When Henry Pellatt had Casa Loma built, he didn’t just go to any brick maker. He went to the Taylors and said, ‘I want to use the Don Valley bricks because they’re the finest, best quality.’” said Wainwright. “Same thing with Massey Hall, which just celebrated 125 years.”

Other notable buildings made with Don Valley bricks are the Ontario Legislature at Queen’s Park, Hart House and Convocation Hall.

From industrial site to green space 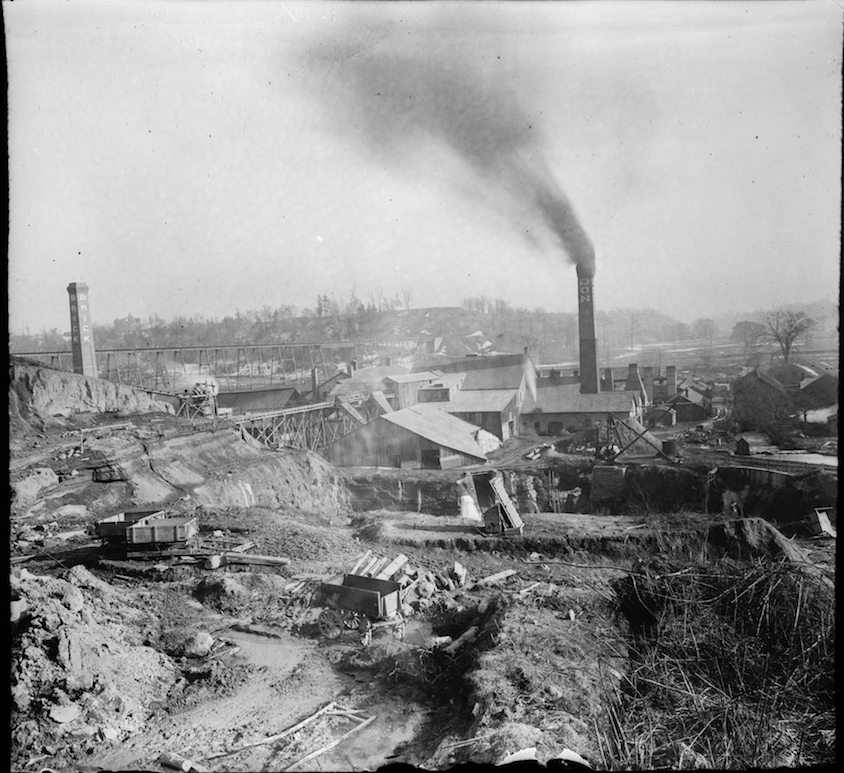 The beginning of the Great Depression brought about more changes for the Brick Works. It was sold again and its name changed to the Toronto Brick Company. At the time, it reached 25 million bricks a year. The production was pulled back during the Second World War, when non-essential building was restricted. German war prisoners were used as labourers.

One of the structures burned down in a fire after the war, while others were demolished, including three of four signature chimneys. The chimneys were attached to downdrift kilns and each had one word from “Don Valley Brick Works” written on them. Only one remains, which can still be seen with the word “Valley.”

The quarry’s natural resources, like clay, were running dry by the 1980s. The company was eventually bought by what is now the Toronto and Region Conservation Authority in 1987. Production officially ended two years later.

The site as we know it today was reopened to the public in 2010 as the Evergreen Brick Works, named after the non-profit that helped revitalize it.

The Evergreen organization, founded in 1991, worked on renaturalization, planting trees and flowers in the area. Now, instead of brick-making, it’s used as an example of how green space can be incorporated into urban living. There are 16 heritage buildings, hiking trails, meadows and wetlands.

“The Brick Works site is a fascinating place to think about the trajectory of the city as a hub for the evolution and growth of Toronto,” said Wainwright. “Now, 115 years later, they’re using the building where the bricks were fired to have important conversations about the type of city we want to build for the next hundred years.”

If you’re curious about the history of a Toronto establishment or space, let us know! Email us at [email protected]