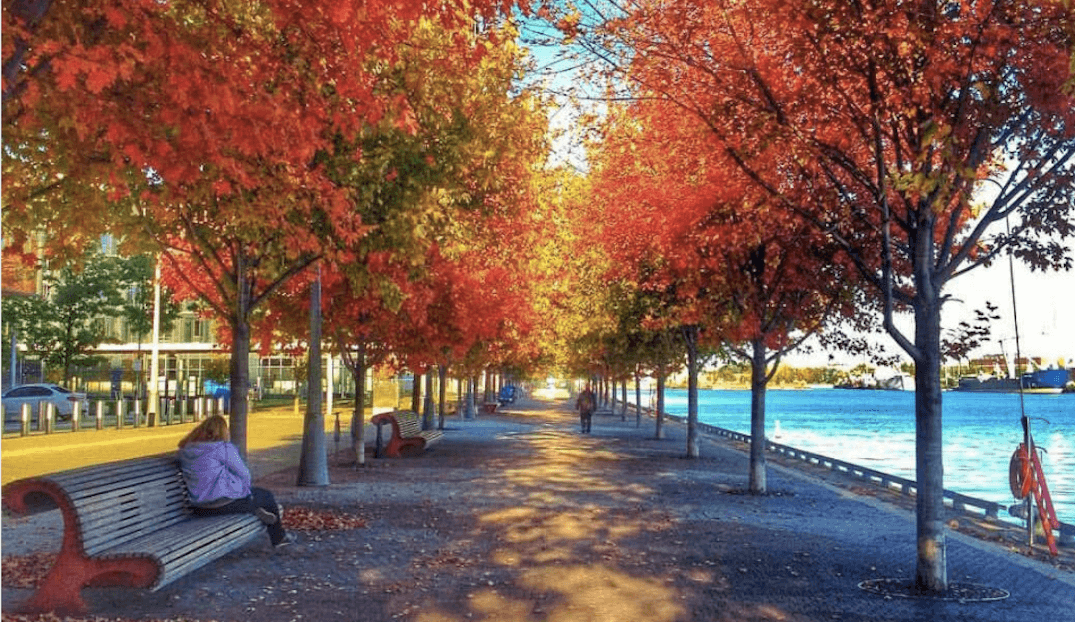 Fall has officially arrived in Toronto.

And just because the leaves are changing colours, the air is getting colder, and nights are getting longer, doesn’t mean that events in the city are showing any signs of slowing down.

From concerts and musicals to terrifying Halloween events, here are the top October events in the city.

What: This October, you’re invited to check out the festival of the future. Imagine this — a 150,000-square-foot abandoned factory transformed into an ultramodern world where design, innovation and technology are the solutions to today’s grand challenges.

Where: East Harbour, 21 Don Roadway
When: September 28 to October 8

Where: Casa Loma, 1 Austin Terrace
When: Now until October 31

Where: Under the Big Top, The Port Lands, 51 Commissioners Street
When: Now until November 26

Where: AGO, 317 Dundas Street West
When: Now until January 7

What: Toronto Women’s Fashion Week will be taking over One Yonge Street for a week of runway presentations from Canada’s most prominent and iconic womenswear designers. The event celebrates Canadian fashion and is home to Canada’s most iconic designers and the Next Generation of Emerging Talent.

What: Former One Direction band member and incredibly talented English singer-songwriter, Harry Styles will be hitting up Toronto this fall as part of his first solo tour.

What: The iconic Hanson brother trio will be paying Toronto a visit this fall as part of their Middle Of Everywhere World Tour. The tour is in celebration of the band’s 25th anniversary and will feature all of their classic pop hits including MMMbop, I Will Come to You and Where’s the Love as well as some newly released tracks.

What: The ever-so-talented Kid Cudi will be making a stop at Toronto’s Rebel Complex this month as part of his North American tour Passion, Pain and Demon Slayin. Aside from his new tracks, we guarantee he’ll play some of his classic hits like Day ‘N’ Nite and Pursuit of Happiness.

What: The Toronto tradition, Screemers is back to haunt you with seven haunted houses, a Midway of mayhem and thrilling rides. Take your bravest friends and head into an evening of ghostly excitement!

What: You’re invited to get celebrate Oktoberfest this October with a 3-hour German-themed Oktoberfest dinner cruise. Guests are encouraged to wear Lederhosen, and they will have access to a Steamwhistle beer garden and a fully stocked cash bar.  Guests will also be able to dance the night away to the DJ and live performances by the two-piece band Graham and Bowie and feast on a full Bavarian dinner while taking in the incredible Toronto skyline.

What: Come and enjoy a massive glowing sword battle in downtown Toronto this month. Pick a side, good or evil and use a glowing sword to fight in the ultimate nocturnal showdown. For every $10 you contribute ($5 early bird) you will get one glow sword, each glow sword changes up to six colors and can be picked up at the event.

What: If you don’t have Thanksgiving plans at your parent’s place, you should definitely check out Mariposa Cruises Thanksgiving Day brunch cruise. The cruise will feature a mouth-watering buffet freshly prepared by Mariposa Chefs, a full cash bar, reserved seating and spectacular views of the autumn scenery along the Toronto city skyline.

What: Toronto’s very own Deadmau5 will be bringing his “Lots of Shows in a Row: Pt. 2” tour to the Enercare Centre this October. He released his eighth studio album, W:/2016ALBUM/ in 2016 which features the singles “Let It Go” and “Snowcone”.

What: NoshFest’s mission is to celebrate Jewish food and culture by showcasing delicacies unique to Jewish tradition and heritage and bringing together members of Toronto’s diverse community. There’s something for everyone at NoshFest – savour some knishes or a hot smoked meat sandwich or try a bagel with shmear and lox and don’t forget to try some dill pickles.

Where: Sony Centre for the Performing Arts, 1 Front Street East
When: October 12 to 14

What: Come and enjoy nine nights of all things horror, sci-fi, action, and cult at the 12th annual Toronto After Dark Film Festival. This year’s festival will feature new independent pieces from across North America, Europe and Asia, and big box office feature films.

Where: Scotiabank Theatre, 259 Richmond Street West
When: October 12 to 20

What: Boobyball is back for another exciting year, and this October you’re invited to attend its Let’s Get Physical party. Partygoers from the east coast are invited to don their brightest lycra and preppy pastels to raise money for breast cancer support and education.

What: Get ready to wear your Lederhosen one more time this year, as you’re invited to attend Vegan Oktoberfest! Hosted by Veg Heads and Toronto Vegetarian Food Bank, this will be a one-of-a-kind Vegan Oktoberfest experience – all in support of TVFB and feeding people in need.

What: If you’re feeling brave, come and enjoy a guided haunted walking tour on – and around – the University of Toronto’s St. George campus, an area steeped in tradition and ghost sightings. Learn about the many chilling myths and ghastly deeds that haunt the halls of some of Toronto’s oldest buildings.

What: This October, Foodies on Foot and Rancourt Winery are hosting a Haunted Harvest Party in Niagara-on-the-Lake, and it’s being billed as an ambulatory feast featuring the fall harvest and Dracula-themed food stations. Tickets are All You Can Eat and include two drink tickets for wine. Aside from eating, expect indoor and outdoor entertainment, and a fire pit.

Where: Ed Mirvish Theatre, 244 Victoria Street
When: October 14 to December 24

What: The ‘Tik Tok’ singer will be making a stop in Toronto this fall as part of her most recent album, Rainbow for an evening of pop ballads and a whole lot of glitter.

Where: REBEL, 11 Polson Street
When: October 16

Where: Various locations throughout the city
When: October 19 to 21

Where: Harbourfront Centre, 235 Queens Quay West
When: October 19 to 29

Where: Location to be announced
When: October 19 to 21

Where: Evergreen Brick Works, 550 Bayview Avenue
When: October 20 to 21

What: The ever so popular Alt-J will be performing to two sold-out crowds at Massey Hall this fall following the release of their third album, Relaxer.

What: Let your imagination take over as you’re led through downtown alleys and laneways to discover some of Toronto’s reputedly haunted buildings. Return to gas-lit Mackenzie House, soothe your goosebumps with mulled cider and biscuits as you hear about the ghost stories associated with the house.

Where: Sony Centre for the Performing Arts, 1 Front Street East
When: October 27 & November 3

What: Canada‘s largest, most prestigious ballet is returning to Toronto and will bring the world’s most accomplished dancers to perform a collection of 15 ballet masterpieces – 13 of which have never been performed in Canada, including the world premiere of one original work.

Where: Sony Centre for the Performing Arts, 1 Front Street East
When: October 28, 7 pm

What: Canada’s Baking and Sweets Show will take guests on a gourmet grand tour of the most delectable and hottest trends in the world of baking. With a lineup of North America’s best bakers and champion pastry chefs, this will be one sweet weekend that you won’t want to miss.

What: Come and witness legendary icons Slash and Axl Rose and the crew rock out on stage to some of the greatest rock songs of all time. The band will play two back-to-back shows in Toronto as part of their Not In This Lifetime Tour.

What: Katy Perry will also be in Toronto for two back-to-back shows this month to show off her new album and perform her chart-topping hits during her Witness World Tour.