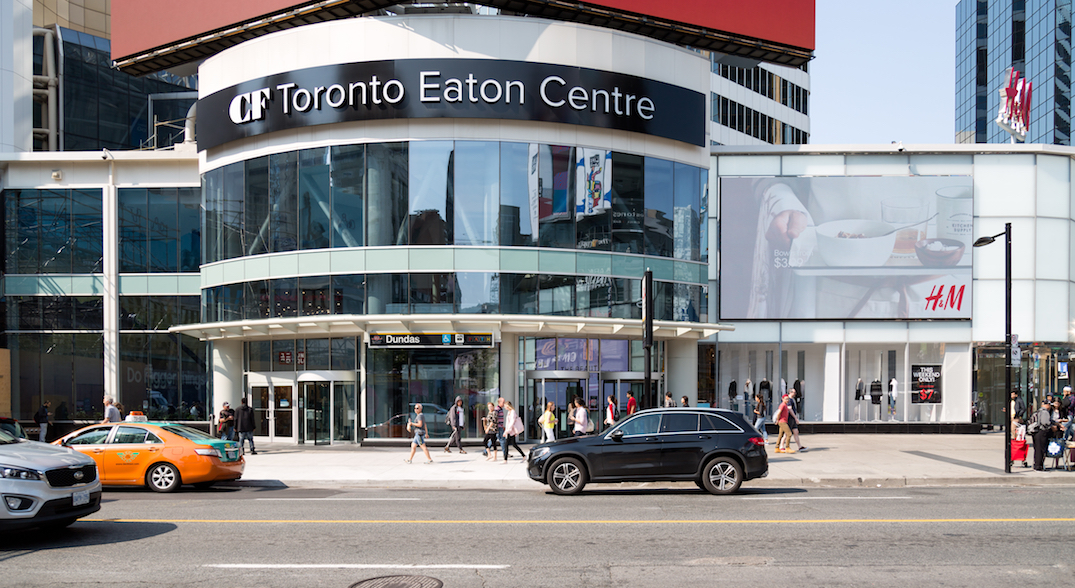 An employee at a store in the Toronto Eaton Centre has tested positive for coronavirus this week as the city continues to see significant daily cases.

In an email to Daily Hive, Cadillac Fairview confirmed the positive case on October 14 after being notified by Nordstrom of the affected employee.

They had last worked on October 6, according to an Eaton Centre spokesperson.

A deep-clean of the space has been done in order to ensure the safety of all customers and staff.

“We have conducted a thorough cleaning of relevant portions of our store. This includes places where this employee worked and common touch points and surfaces throughout the store,” said a Nordstrom spokesperson to Daily Hive.

The retailer has also implemented several health and safety measures such as providing and requiring face coverings for employees and customers , promoting social distancing, limiting the number of customers and employees in the store, and increasing cleaning and sanitization, among several others.

Eaton Centre’s Garage store and Fairview Mall’s Homesense/Marshalls were both made aware of individual cases and conducted thorough cleaning within the store.

Several retailers in recent months have confirmed COVID-19 cases on its premises such as Uniqlo, Sephora, Urban Planet and Footlocker.

“At the same time, CF has undertaken extra cleaning of all elevator banks, food court tables, common area seating, doors and stair railings, and all other high-touch points in the complex,” said the spokesperson.

“At this point in time, no further action is required and the building can remain open for business.”

The employee and others who may gave been exposed to this individual will quarantine for 14 days, according to Nordstrom.