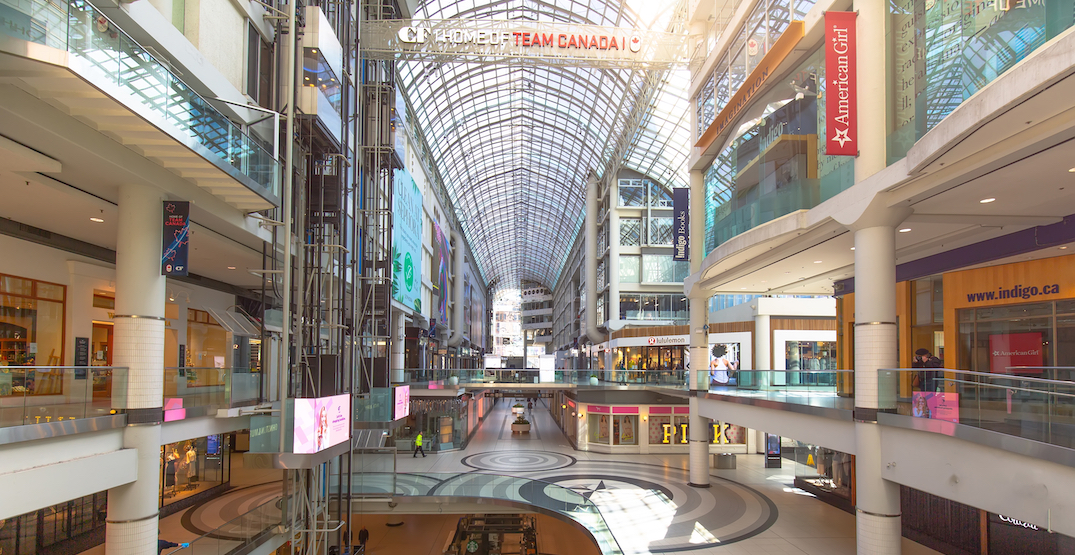 Shoppers heading into the Toronto Eaton Centre later this month will be met with construction crews kicking off a massive $77 million facelift.

The mall’s owner, Cadillac Fairview, announced on Tuesday that it would undertake a $60 million refurbishment of its galleria skylight roof and an additional $17 million in improvements to shoppers’ accessibility.

“At Cadillac Fairview, we are proud to continually invest in our properties to deliver a world-class shopping experience,” said Wayne Barwise, executive vice president of development for Cadillac Fairview.

“The galleria’s original design was inspired by the Galleria Vittorio Emanuele II in Italy and has served as a distinguishing feature of the mall since the centre’s opening in 1977. As custodians of this unique architectural element, our priority is to ensure the integrity of its design as we significantly enhance its functional performance.”

The roof refurbishment will be carried out in two phases starting with the south end of the mall in mid-January 2022. The iconic flying geese that are a hallmark of the Toronto Eaton Centre roof will be temporarily removed and reinstalled later. Work on the north end won’t start until March 2023, meaning this will be a fairly lengthy project.

Several changes will also be made on the ground to improve shopper accessibility, including the addition of three new staircases in the South Court and Urban Eatery.

Additional improvements are planned for the elevators, including installing a bigger cab to an existing elevator to accommodate strollers and scooters better.