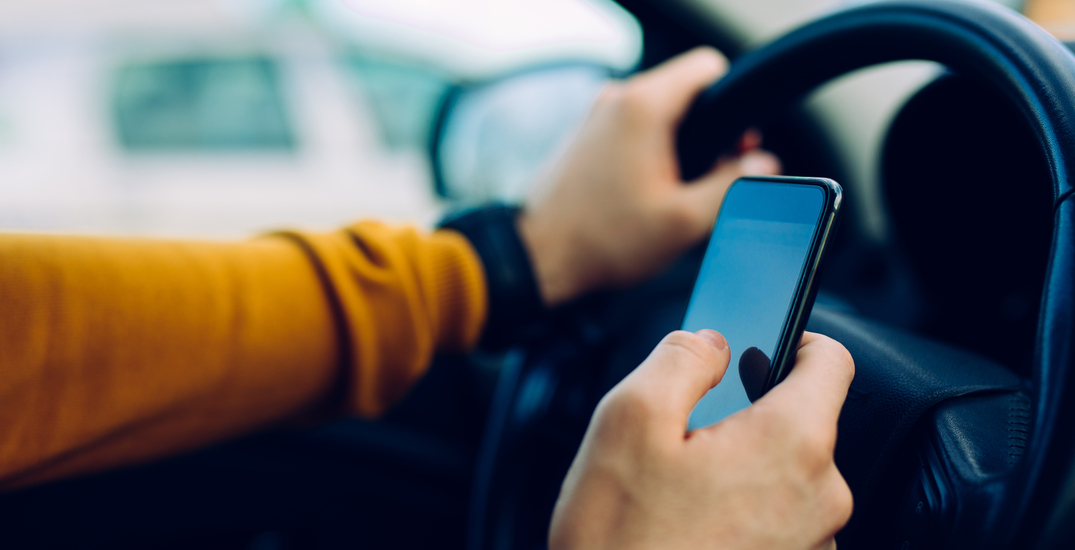 Toronto has taken distracted driving to a new level.

In the last week, two different people have been caught taking Zoom calls while driving the city’s streets.

On Wednesday, Sergeant Clint Stibbe nabbed a distracted driver on the Gardiner Expressway, where the speed limit is 100 km/h.

Stibbe initially pulled the driver over for having his cellphone in his hand, but when he approached the car, he noticed the driver was participating in an eight-person Zoom call.

#VZET – Zoom meetings are a reality. Just don’t do them when driving. Unbelievably today on the Gardner Expressway a driver was stopped for using their phone. The driver was on a zoom conference call when doing 100km/h on the highway. #Brutal #BadChoice ^bm @DropItAndDrive pic.twitter.com/EZvMsv4Rjz

The driver faces a $615 fine, the loss of three demerit points, and a three-day licence suspension.

“People seem to think being connected to work is more important than road safety,” Stibbe told Daily Hive. “That is simply not the case.”

Last week, Stibbe said a fellow officer pulled a driver over on Yonge Street who was not only on an active Zoom call but was also on their laptop, too. There was also a child in the car.

“We’re seeing more and more of this with people working from home,” Stibbe said.

“But the reality is, if you’re not actively engaged in how you’re operating a two-tonne vehicle, you’re going to kill somebody.”