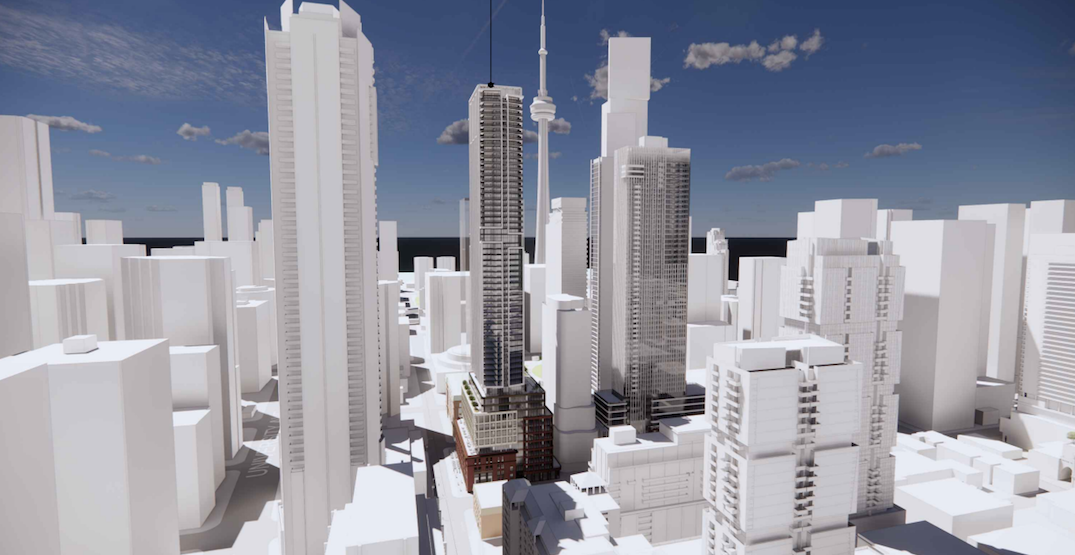 A brand new 62-storey mixed-use tower could soon be rising up in downtown Toronto, bringing with it a mix of offices, rental units, and retail space.

The site is currently occupied by a parking garage, which will be demolished, and a five-storey office building that will have some of its walls retained and incorporated into an 11-storey podium. 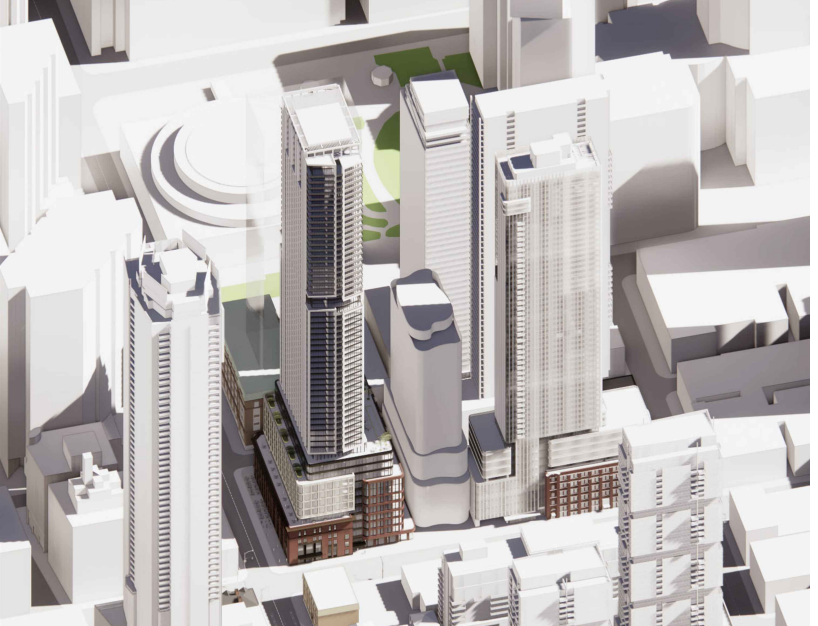 Plans call for 873 sq m of retail space on the ground floor of the downtown Toronto tower, with 20,774 sq m of office space in the podium and 526 residential units above. The units will be comprised of studios, one-, two- and three-bedrooms.

There will be separate outdoor terraces for both the office and residential tenants, including an outdoor terrace on the 62nd floor that wraps around three sides of the gargantuan development.

BentallGreenOak has been trying to make this development happen for several years, first filing plans back in 2016. After a non-decision from the City, they appealed the case to the Local Planning Appeal Tribunal in 2018. In May of this year, Toronto City Council granted the necessary zoning bylaw amendment.