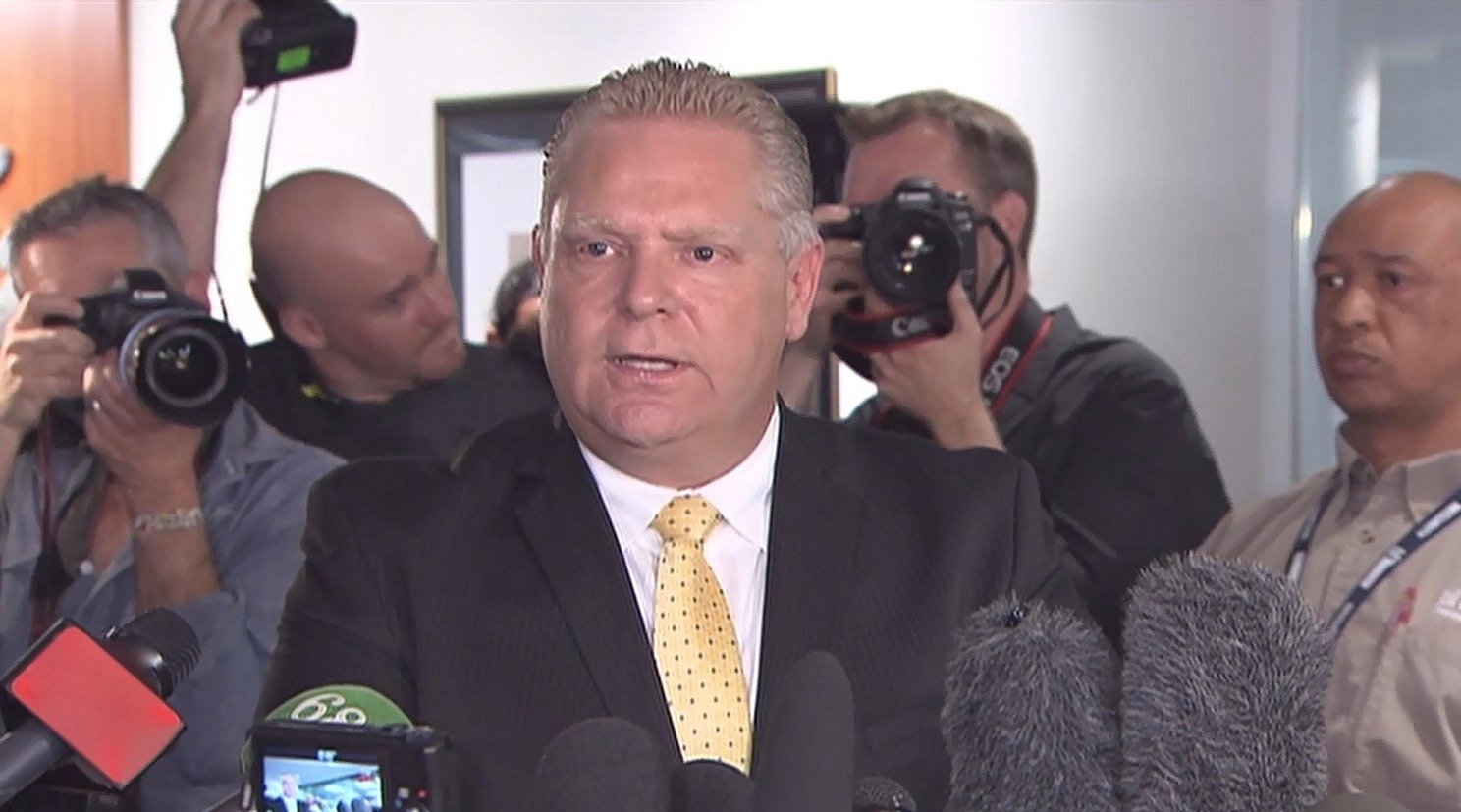 Following Patrick Brown resigning from leading the Ontario Progressive Conservative Party last week, speculations are circulating over who will now take over the party.

And now former Toronto mayoral candidate Doug Ford says he is running for leadership of the Ontario PC Party.

Ford, who is the brother of the late former Toronto Mayor Rob Ford, read from a statement today at a press conference where he confirmed his run for leadership.

Ford says he “had every intention of running” for mayor in Toronto this year, but he feels he has to join the race as it’s a “critical moment” for the Ontario PC Party and the province.

This is not the first time Ford has considered running for leadership of the Ontario PC Party, as he mulled over running in 2015 as well.

Toronto Mayor John Tory has also been approached about running, but he denied the rumours yesterday on Twitter.

I’ve had people approaching me about the Ontario PC leadership. I have the privilege of being Mayor of a city that I love and I hope to continue to do that job.

“I have a job here that’s keeping me fully occupied and there is so much to do here in the City of Toronto – it is the economic engine of Ontario and Canada,” he said.

“Toronto is the place where we have to create jobs and opportunity, get transit built and get housing built for people. Those are the things I will continue to work on.”

The Ontario PC Party has voted to hold a leadership race and select the new head of the party sometime before March.