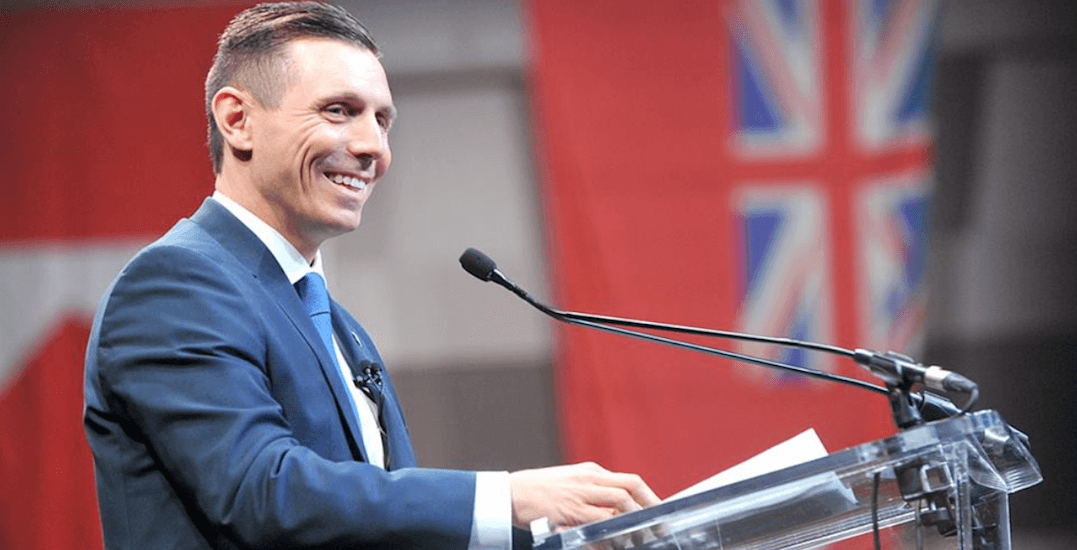 On Wednesday evening, CTV reported two women had come forward accusing the leader of “graphic sexual misconduct” allegations that date back to when he was a federal MP.

But early Thursday morning, Brown released a statement saying he has decided to step down.

“These allegations are false and have been difficult to hear,” Brown said. “However, defeating Kathleen Wynne in 2018 is more important than one individual. For this reason, after consulting with caucus, friends and family I have decided to step down as Leader of the Ontario PC Party. I will remain on as a MPP while I definitively clear my name from these false allegations.”

While his resignation came on Thursday, the majority of Brown’s team had resigned from their positions after the news first broke on Wednesday.

This evening I learned of allegations against Patrick Brown. As a result, it is in the best interest of the PC Party that he step down immediately.

As he has chosen to follow a different route, I am resigning as the PC Party Press Secretary.

Ontario Premier Kathleen Wynne, who recently sued Patrick Brown over defamation, commended the young women for coming forward with their stories and added that sexual harassment and assault is “never okay”.

It’s a difficult and brave thing to do to come forward in the way these young women have done tonight. My government and I have been clear on the issue of sexual harassment and assault. In fact our policy and our ad were called “It’s Never Okay”.

In Brown’s resignation, he said that Wynne “repeatedly made reckless decisions and put insiders ahead of the people,” and said that he looks forward to working with his successor.

“I’m confident the president of our party and caucus will convene an expedited process to elect my successor who I look forward to working with.”