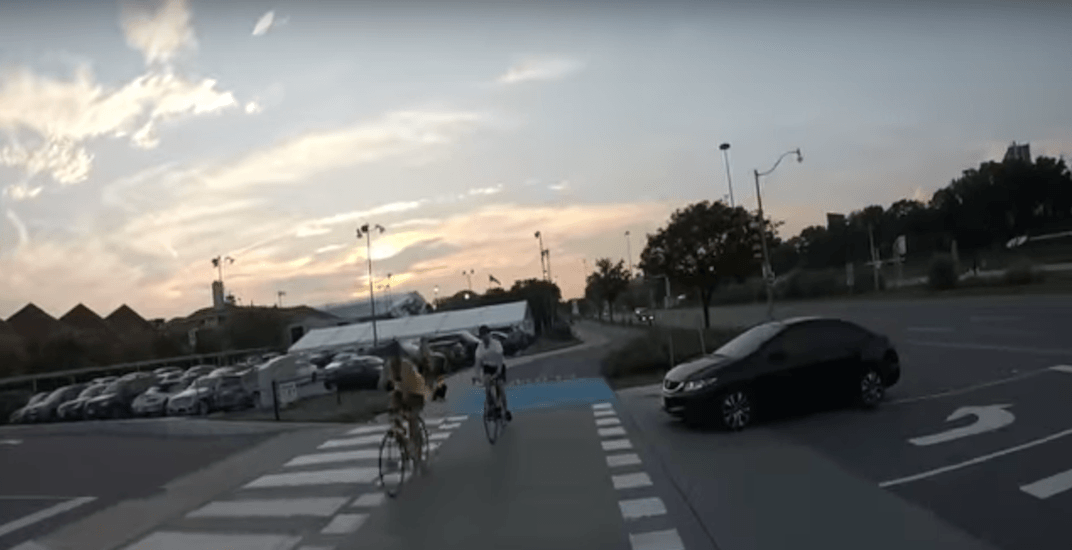 A GoPro worn by a cyclist in Toronto caught the moment he was struck by a driver, a move that the cyclist said was “on purpose.”

On August 27, the GoPro footage was posted on YouTube and in the video, you can see a black vehicle blocking a large bike lane along Toronto’s lakeshore.

A cyclist approaching the vehicle is then forced to drive around and reprimands the driver by shaking his head.

The cyclist then continues making his way down the lakeshore. During this time you can see a black vehicle quickly accelerate past the cyclist.

Moments later as the cyclist approaches the entrance into the Boulevard Club parking lot and the same driver from before appears and drives into the cyclist.

After being struck, the cyclist follows the driver and accuses him of purposely hitting him and leaving the scene, adding that he recorded the incident and has his license plate.

According to the cyclist, the driver then completed a 3-point turn before taking off.

The cyclist says the driver was caught on Wednesday and was charged with “failure to remain (non-criminal)” and “failure to yield.”

“I firmly believe he knew exactly what he was doing and did not consider the consequences whatsoever,” said the cyclist.

“Either way, I have a sore back, a scratched $1700 bike, and a sense that if people like this can use their vehicles as a weapon and get away with a traffic infraction, I no longer want to ride my bike in this city. It sucks.”