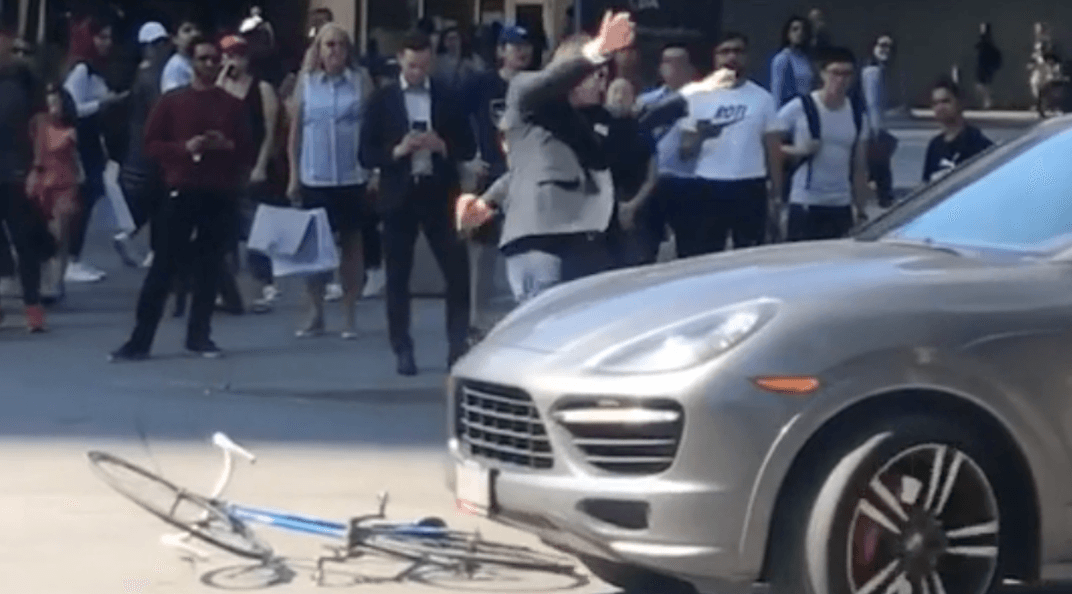 A cyclist allegedly filmed assaulting a driver in downtown Toronto last week has turned himself in to authorities.

According to police, on Thursday, July 4, a man was driving his vehicle southbound on Raptors Way and approaching York Street.

Law enforcement says, as the driver was about to make a right turn onto York, a male cyclist rode his bicycle in front of the man’s vehicle, causing him to stop suddenly to avoid colliding with him.

This prompted the cyclist to kick the man’s vehicle, causing damage.

The driver then exited the vehicle, and this is when police say the cyclist struck him with a bicycle lock and assaulted him before fleeing the area.

But with the help from the public, the cyclist was identified, and on Sunday evening, 30-year-old Paolo Diluciano turned himself to police.

Diluciano has been charged with assault with a weapon, assault causing bodily harm, and mischief. He appeared in court on Monday morning.