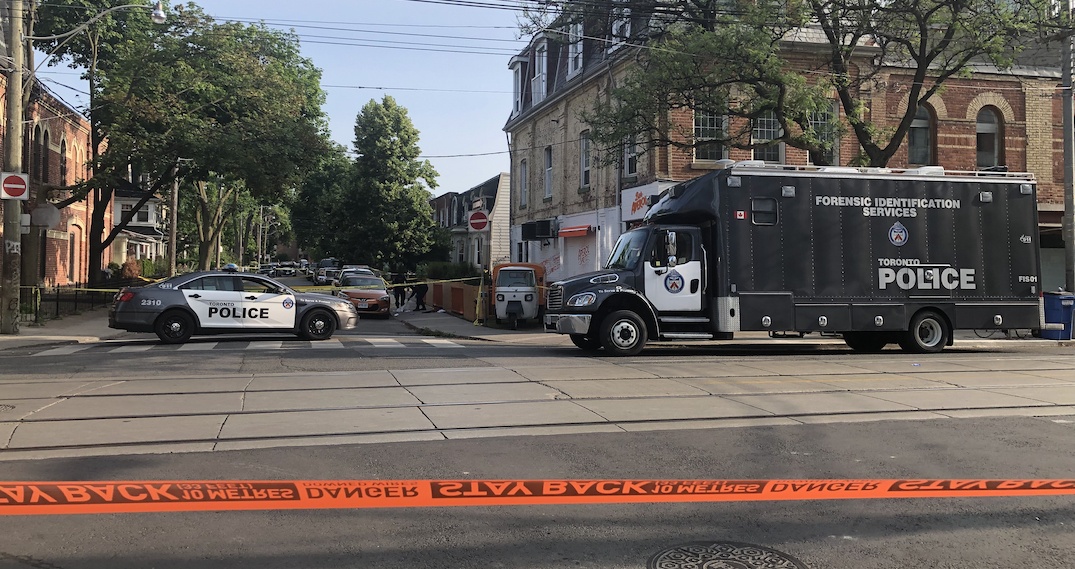 Three men are being treated for gunshot wounds after a shooting in the area of Queen Street West and Ossington Avenue.

According to Toronto Police, at 2:30 am on Monday, officers received several calls for the sound of gunshots in the area.

Police say that a man was reportedly lying on the ground.

Officers responded to the scene and located three male victims of the shooting, suffering from varying degrees of injuries as a result of gunshot wounds.

All three were taken to a trauma centre. Police say two of them suffered serious injuries while one is suffering life-threatening injuries. 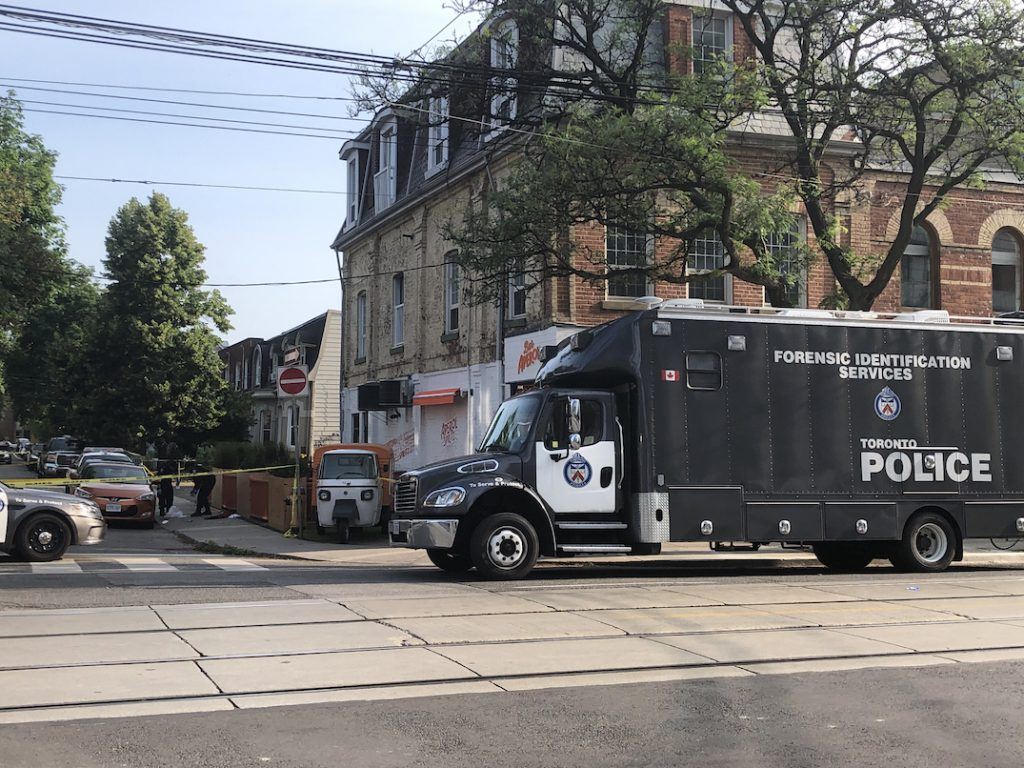 Several shell casings were located at the scene and the investigation continues in the area, police say.

While Queen street was closed for an extended period of time, it has since been reopened.

There is no information on suspect/s at this time.

Police Investigation:
Queen St /Ossington Ave
– Queen St is closed in both directions from Ossington Ave to Dovercourt Rd for a police investigation
– we ask for your patience during this process
– Please choose an alternate route. @TPS14Div #GO1269922^adc