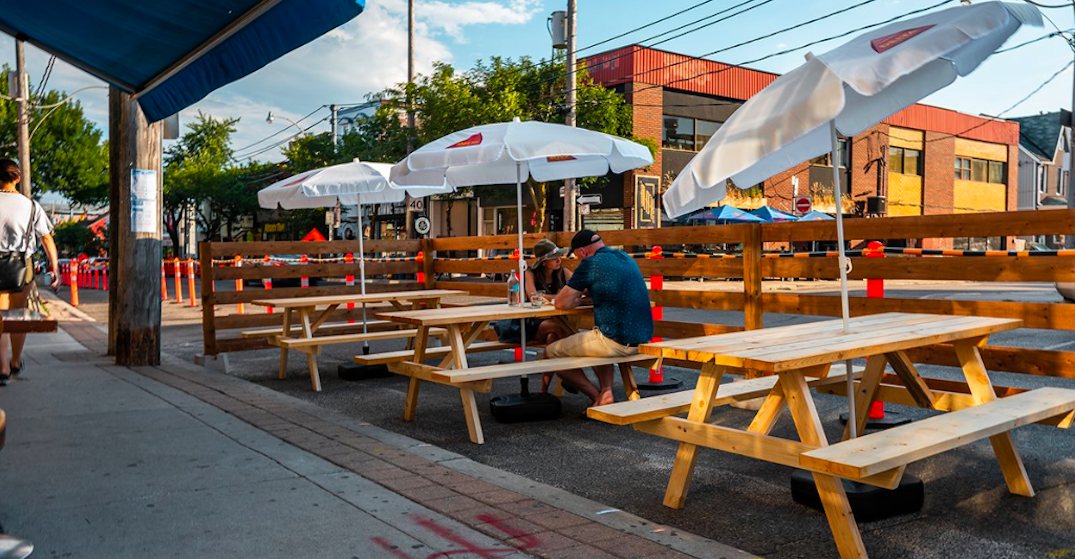 The City of Toronto has paused a downtown construction project to allow for more CaféTO patios to be set up.

The City announced the move on June 18, noting that recently-completed projects will also assist with the patio program and reduce traffic congestion.

According to the City, construction has been paused in the area of Wellington Street East and Church Street until 2022 so that additional CaféTO patios can be approved.

Construction equipment is expected to be removed by June 19, and the road and sidewalks will be restored.

The area has been under construction since March as the City works to renew aging streetcar infrastructure.

Patios on Front Street East from Yonge to Church Streets can be set up after June 21.

In addition to pausing some construction, the City highlighted several recently-completed projects that will help reduce traffic and support the installation of CaféTO locations.

Earlier this week, crews completed road work on Church Street that has been ongoing since March 8. The work was planned so as to reduce the impact on CaféTO participants.

The project also saw new rainbow and transgender crosswalks painted along Church Street, a move which the City said will contribute to Pride Month celebrations.

According to the City, the CaféTO program will support more than 1,025 bars and restaurants with expanded outdoor dining options this summer.