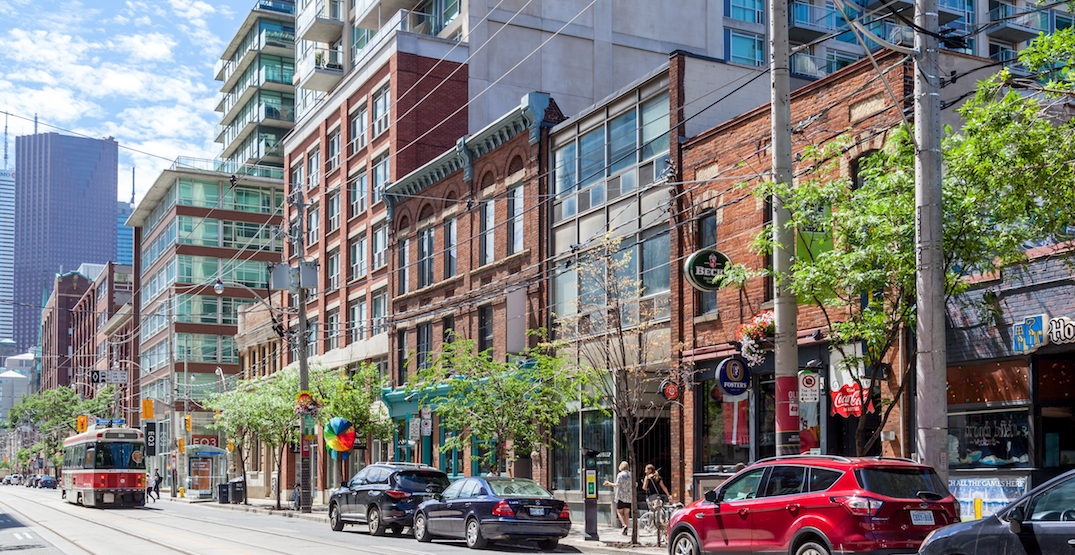 Condo prices all over Toronto have soared over the past year right alongside the rest of the real estate market, but in July, the city’s “party neighbourhoods” actually saw a drop in prices.

The neighbourhoods of King West, Queen West, the Village, and the Distillery District all experienced a dip in condo prices last month, according to a new report from Strata.ca. Each of these neighbourhoods, pre-pandemic, were hot spots for restaurants, bars, and clubs.

“Party neighbourhoods like King and Queen West are still sitting at March levels, with the Village at its lowest since January,” said Strata.ca Broker of Record Robert Van Rhijn.

Meanwhile, average prices in the downtown core — the Bay Street Corridor, in particular — saw a bump in July, rising to $780,000. And just a few weeks into August, the average selling price has already hit $893,000.

This trend, according to the report, suggests that the rising prices are a geographically limited phenomenon.

“When we looked at all the data on a map, the neighbourhoods with an uptick in sales activity had a higher concentration of workspaces,” said Van Rhijn. “The writing’s on the wall as people face the reality that they’ll eventually have to return to the office.”

Agent Francisco Hiebert says that it’s too early to pinpoint the exact cause of the rising and falling condo prices among downtown Toronto neighbourhoods, but agrees that it clearly exists.

“Rental demand is still strong in areas known for their entertainment value, but buyers don’t seem to be flocking here as much,” Hiebert said.

One possible explanation for the Bay Street Corridor bump, though, is the return to office that many workers are easing into.

“A lot of young professionals are heading back to the office a few days per week,” Hiebert said. “So it’s understandable that demand is up.”