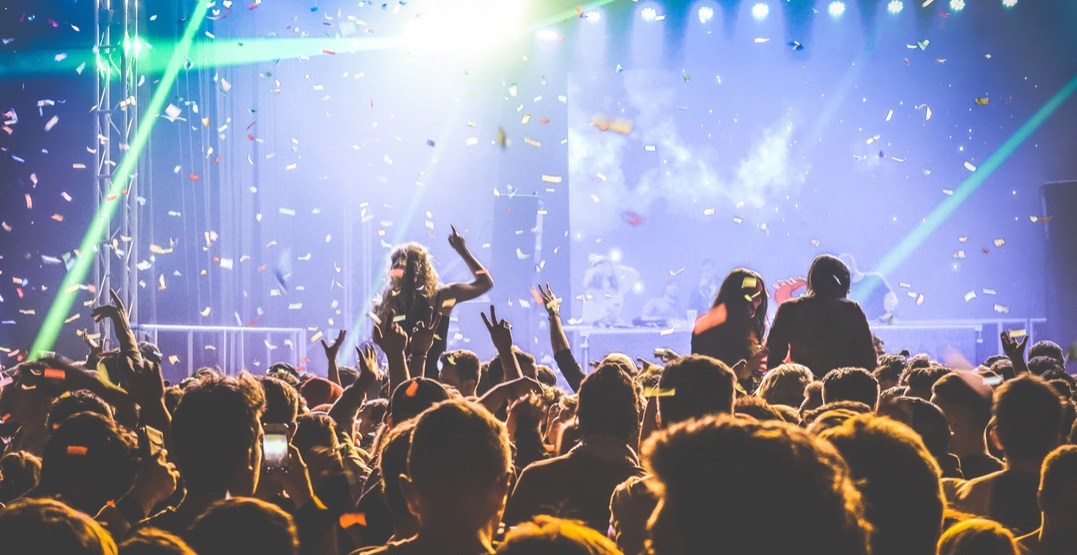 Fall is in the air, and Toronto is buzzing with excitement.

And with events and festivals happening every other day, there’s plenty to be excited about.

To help kick off the new season (and the new month), we recommend checking out at least one of the amazing concerts scheduled for Toronto this month.

From the catchy sounds of Vance Joy to the legendary rock icons Guns N’ Roses, check out who’s hitting the stages of Toronto this October.

Former One Direction band member and incredibly talented English singer-songwriter, Harry Styles will be hitting up Toronto this fall as part of his first solo tour.

The iconic trio will be paying Toronto a visit this fall as part of their Middle Of Everywhere World Tour. The tour is in celebration of the band’s 25th anniversary and will feature all of their classic pop hits including “MMMbop”, “I Will Come to You” and “Where’s the Love” as well as some newly released tracks.

The ever-so-talented Kid Cudi will be making a stop at Toronto’s Rebel Complex this month as part of his North American tour Passion, Pain and Demon Slayin. Aside from his new tracks, we guarantee he’ll play some of his classic hits like “Day ‘N’ Nite” and “Pursuit of Happiness”.

Put on your dancing shoes Toronto, American synthpop band Future Islands will be making a stop at the iconic Massey Hall this month, to perform their feet stomping hits “Seasons” and “Ran”.

Relive the days of your teenage angst as you rock out to rock band Paramore at Massey Hall this month. Aside from singing their chart-topping hits “Misery Business” and “Still Into You”, the band will also be playing their newly released tracks including “Hard Times”.

Things are going to be heating up at the ACC this month, as the ever-so-talented Enrique Iglesias will be stopping by with Pitbull and CNCO. Get ready for an evening of chart-topping hits and plenty of dancing.

The pop singer returns to the road for the first time since 2013, to celebrate her most recent album, Rainbow. Her fans can enjoy an evening of pop ballads and a whole lot of glitter.
When: October 16, 7 pm
Where: Rebel, 11 Polson Street
Tickets: Available online from $85 to $457

Andrew W.K. brings his The Party Never Dies tour to Toronto this month, his first string of shows in five years with a full band. The trek stretches across North America and the UK.

LANY, the three-piece dream pop band from LA, will be performing at the Danforth Music Hall this month, performing their popular hits that will transport you to the sunshine coast. Get ready for a night of non-stop grooving.

The band that became popular with the hit “Pumped Up Kicks”, which has been viewed more than 300 million times online, will be making an appearance at Rebel to promote their third album Sacred Hearts Club.

American indie rockers The War on Drugs are back on the road.  The band, which formed in 2005, will be playing back-to-back concerts this month, and although tickets are currently sold out, you might be able to find some last minute tickets the day of.

The outspoken Jessie J returns to rock the city to perform a more intimate performance and to promote her new single “Think About That”. The singer-songwriter is on a 13-date tour across North America, Asia and Europe. You can catch her at the Mod Club later this month.

Vancouver born rockers Japandroids are on the road this month and will be performing a set at Toronto’s Massey Hall, including tracks from the duo’s latest record, Near To The Wild Heart Of Life.

The band that needs no introduction, Fall Out Boy will be stopping in Toronto as part of its Mania tour later this month. You can expect to hear tracks from the band’s latest studio album as well as some classic hits like “Centuries” and “Sugar, We’re Going Down”.

Australian born singer-songwriter Vance Joy will be back in Toronto later this month to perform his ridiculously catch tracks “Riptide” and “Mess is Mine”. The live performance will be sure to feature Vance Joy’s new single, “Lay it on Me,” which was released earlier this year.

The ever so popular Alt-J will be performing to two back-to-back crowds at Massey Hall this fall following the release of their third album, Relaxer.

Come and witness legendary icons Slash and Axl Rose and the crew rock out on stage to some of the greatest rock songs of all time. The band will play two back-to-back shows in Toronto as part of their Not In This Lifetime tour.

Treat your ears to an evening of incredible music from singer-songwriter Tori Amos. The veteran performer is back on the road to promote her her 15th studio effort, Native Invader with a massive North American tour.

Katy Perry will also be in Toronto for two back-to-back shows this month to promote her new album Witness and perform her chart-topping hits during her Witness world tour. Get ready for an evening of crazy costume changes, insane light shows, and plenty of dancing.