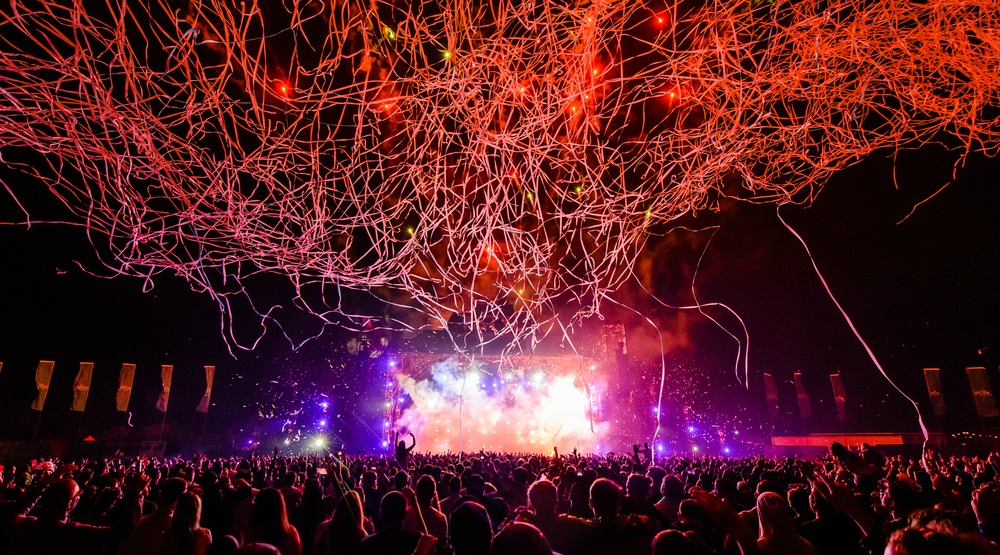 We’ve rounded up 29 of the biggest and best Toronto concerts and festivals worth getting excited for this summer.

Whether it means a breezy show at the Budweiser Stage with the sunset as a backdrop, dancing in your seat at the Air Canada or Rogers Centre, or rocking your best festival wear at a music fest, concert season is officially upon us.

From nostalgic favourites (as in, NKOTB and Paula Abdul) to some of today’s playlist staples, this summer is jam-packed with hot-ticket concerts that are worth dropping dollars on.

Field Trip Music Festival returns for its fourth year in all of its live music, food, drink, weed smoke and hula-hoop-filled glory.

To kick of the lazy days of summer on a chill note, Jack Johnston hits Toronto for a (couples-filled) concert in support of his new single, “Fragments.”

Neil Diamond makes a Toronto stop to celebrate his five decades of creating chart-topping music, complete – of course – with all of his timeless hits.

If you’re looking for a romantic (and politically-fuelled) date night option, John Legend will hit Budweiser stage for his Darkness and Light tour, named after his fifth studio album.

If an overload of nostalgia is your thing, you’ll find it on June 20, as favourites (or guilty pleasures) of times past NKOTB, Paula Abdul and Boyz II Men take the stage at ACC.

If you’re a fan of early 2000s radio staple Train, grab your “soul sister” and a massive beer for an uplifting pop-filled affair to kick off the first night of summer.

U2 celebrate the 30th anniversary of their hit album The Joshua Tree with a world tour, where fans will see the iconic band that both you and your parents can agree on preform the entire album.

The Arkells and July Talk

Homegrown talent, The Arkells (who are multi-Juno winners) and July Talk hit the breezy Budweiser Stage for an evening of crowd-swaying rock.

The Canadian star we all love to hate hits Budweiser Stage, offering a solid option if you’re looking to ridiculously rock out (after all, who can take him seriously) or spend quality time with the ‘rents.

Country superstars Lady Antebellum makes a Toronto stop on their soul-filled You Look Good tour. “You Look Good” is the debut single from their forthcoming album Heartbreak, set for release just weeks before on June 9.

Bob Dylan and His Band

In a concert that will undoubtedly draw a mixed bag of music lovers, Enrique Iglesias and Pitbull will grace the stage at the ACC on July 6 for show that’s guaranteed to become a dance party.

Everyone’s favourite redhead hits Toronto to offer no shortage of feels and music that you can’t help but sing along to – even if you were dragged to the concert.

For the electronic music and neon loving-set, Dreams Music Festival (formerly Digital Dreams) is a must-attend, as long as you rest up well beforehand.

With his classic hits that everyone seems to know every word to, Tom Petty’s Toronto concert will become a stadium-wide sing-along.

Metallica is on tour with a new album called Hardwired…to Self-Destruct, where they’ve played both old and new favourites, complete with pyrotechnics and a massive video screen.

Queen and their new frontman Adam Lambert will hit Toronto with a new stage production and set list. Expect nods to the 40th anniversary of Queen’s “News of the World” album.

Popular UK band Muse will make a Toronto stop with their Drones world tour, which will open with Thirty Seconds to Mars.

Hotter-than-ever Kendrick Lamar will make a Toronto stop for his chart-topping, critically acclaimed album, DAMN, joined by a few of his famous friends.

If you didn’t get enough of your electronic music fill at Dreams Festival, you can make up for it in your costume-clad glory at Veld Music Festival.

In a concert where you could bump into everyone from a client to an old classmate or your cousin, Kings of Leon will grace the Budweiser Stage in support of their latest album, WALLS.

Homegrown teenybopper favourite chart-topper Shawn Mendes will fill the ACC with his catchy pop-rock music, as he performs tracks from his second album, Illuminate.

The radio favourite One Republic – who released their fourth studio album, Oh My My last year – will hit Budweiser Stage to preform both old and new favourites.

Green Day is “coming around” Toronto this summer with a tour to mark their latest chart-topping album, Revolution Radio.

Blue Rodeo and Canadian summers seem synonymous, so naturally, they’ll occupy real estate on the Budweiser Stage this summer to perform in front of what will likely be a swaying crowd of all ages.

It’s not every day that Coldplay comes to town – and with a tour that’s on its way to becoming one of the top 10 highest grossing tours of all time at that.

If you’re in the market for a high-energy Saturday night, Bruno Mars can help your cause with a stop at the ACC on August 26.

If you missed the always-amazing-in-concert John Mayer earlier this spring, he returns to Toronto to wrap up the summer with old favourites and tracks from his latest album, The Search for Everything.