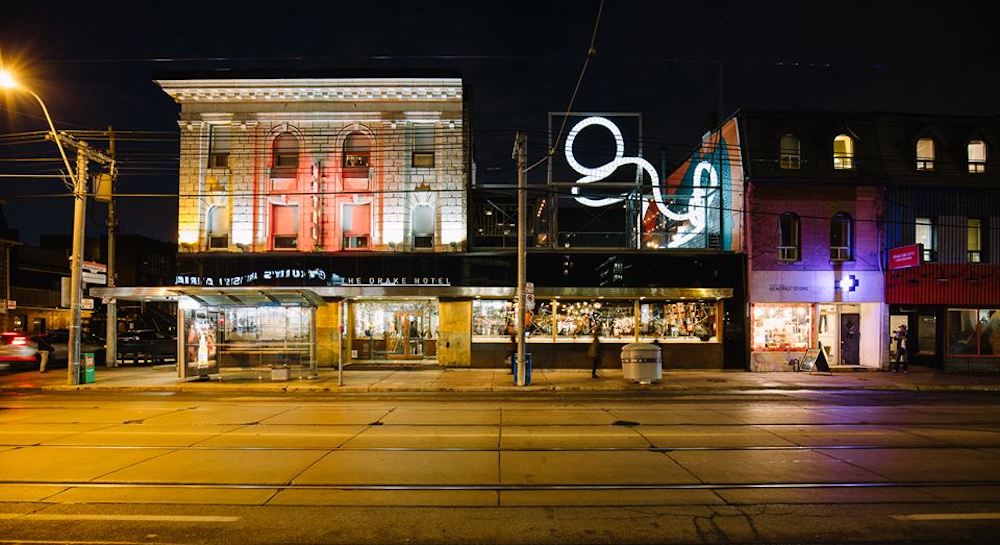 Four of Canada’s top neighbourhoods for music makes are in Toronto.

In fact, the country’s top neighbourhood for musical growth is none other than Trinity Bellwoods/Little Portugal in Toronto.

According to SOCAN, this diverse and culturally-rich are in Toronto’s south-western quadrant is a hub of creative musical talent, live music venues, and businesses using music to their advantage.

SOCAN uncovered the top music growth centres in Canada by analyzing the number of songwriters, composers, and music publishers who became members in the last year.

While Toronto claimed four of the top 10 spots on the list, both Vancouver and Montréal hubs comprised the balance.

“We’re not surprised to see that neighbourhoods with thriving arts communities, live music venues, and other elements of Canada’s music ecosystem are showing the greatest growth,” said SOCAN CEO Eric Baptiste in a statement. “Whether the neighbourhood attracts the music creators and publishers, or the music creators and publishers build the neighbourhood is unclear, but it’s definitely a symbiotic relationship. Music plays a major part in making these places the vibrant and cool communities that they are. Congratulations to Toronto’s Trinity/Little Portugal on being Canada’s top Music Creator Growth Centre.” 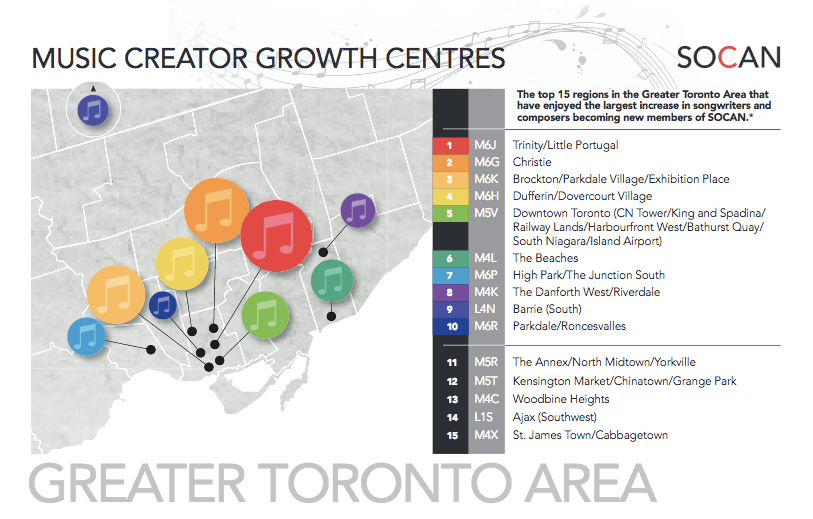 This is the second year that SOCAN has analyzed its data to recognize the importance of music, the value of creator neighbourhoods, and the role that they play in the lives of musicians and composers.

Last year, SOCAN identified the neighbourhoods in Canada with the highest number of successful music creators per capita, based on average royalties earned in the calendar year, and according to its findings, Montréal’s Mile End emerged as the winner.