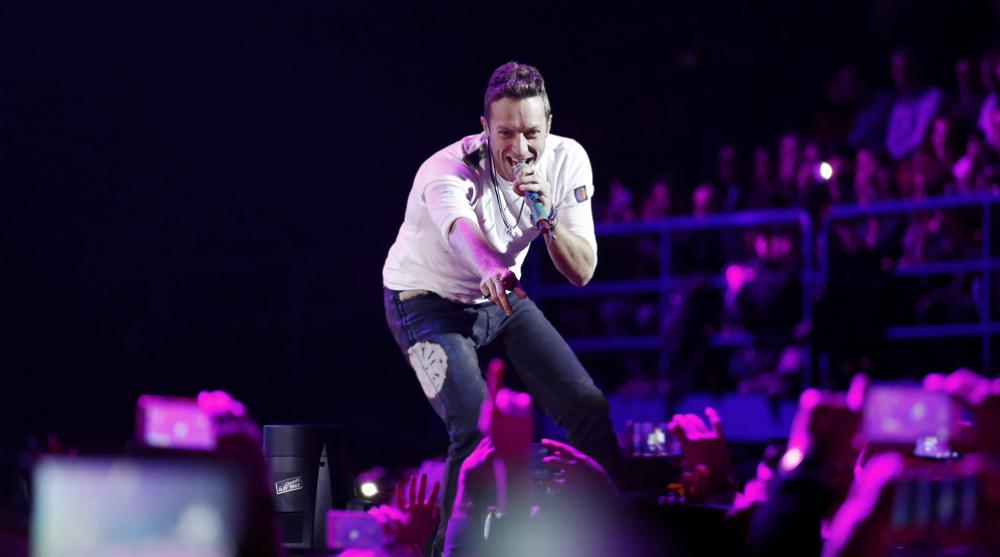 It’s going to be quite a summer.

In addition to Montreal’s usual slew of street festivals, farmers’ markets, and of course, Tam Tams, it appears that 2017 is going to feature some spectacular concerts.

From Canadian R&B artist The Weeknd, to pop sensation Lady Gaga, check out 15 of the biggest concerts happening in Montreal this summer.

The Weeknd kicks off his first official world tour this year. Titled Starboy: Legend of the Fall 2017 World Tour, the Canadian singer begins his tour across the pond in Europe but will be back in North America by the end of April, where he’ll play his first show in Vancouver on April 25, 2017. Following a southern sojourn to the US, he’ll return to Canada again a month later to play shows in Toronto, Ottawa, Montreal, and Quebec City. We suggest you don’t miss it. However, if you do happen to miss it, The Weeknd will be returning for Osheaga in August.
When: May 30
Where: Bell Centre

American electronic dance duo, The Chainsmokers announced they’re coming to Montreal, playing at the Bell Centre on June 1st. The Chainsmokers will be joined by Kiiara and Lost Frequencies, who will be opening the show. The ‘Memories: Do Not Open’ tour kicks off on April 13 in Miami, Florida for a 40-city run that includes just two Canadian concert dates in Toronto and Montreal.
When: June 1
Where: Bell Centre

The hit rock band from California has just added seven Canadian concert dates to their upcoming tour, “The Getaway Tour”. Though they were already scheduled to perform in Toronto in February and Vancouver in March, the band just announced shows in Winnipeg, Edmonton, Calgary, Quebec City, Montreal, Hamilton, and Ottawa. Extending their tour that has taken them across Europe, Asia, and South America, the RHCP will be returning to North America in 2017, playing shows all the way until June 30, 2017. The Canadian leg of the tour will mostly take place in spring and summer 2017 with the Red Hot Chili Peppers stopping in Montreal on June 20th. The show will be happening at the Bell Centre and tickets start at $83.50.
When: June 20, 2017
Where: Centre Bell

The music legend returns to Montreal on June 30th. Summer 2017 is shaping up to be quite a great one for Montreal. So far we know that Ed Sheeran will be stopping by the Bell Centre in July, and of course, Osheaga’s 2017 lineup is jam packed with top musical acts like Lorde, The Weeknd, and Muse. Thus, it’s no surprise that Bob Dylan himself has decided to stop at the Bell Centre on his Never Ending Tour. Dylan will be promoting his 38th studio album, Triplicate, set to be released on March 31st. Triplicate features covers of classic American songs, and includes thirty songs in total spread over three discs. The North American leg of Dylan’s 2017 tour will have him playing eight shows in the United States, before making his way up north and finishing off his tour on July 27th in Victoria, BC.
When: June 30, 7 pm
Where: Bell Centre

The British rockers and American singer are back together for another collaboration tour, and they’re coming to the Bell Centre on July 17. What began in 2011, Queen + Adam Lambert have turned into quite the combo touring across North America, South America, Europe, Australia, and Asia. Their 2017 North American tour kicks off on June 23 in Phoenix, Arizona and will see Brian May, Roger Taylor, and Adam Lambert debuting a new show specially designed and created for this tour, bringing Queen favourites like “Another One Bites The Dust,” “Bohemian Rhapsody,” “We Will Rock You,” and “We Are The Champions.”
When: July 17, 2017
Where: Bell Centre

The kiwi queen of alt pop is headed to Montreal this August as one of the headliners of Osheaga. Lorde, otherwise known as Ella Yelich-O’Connor, will likely be performing songs from her first studio album, Pure Heroine, as well as her upcoming album Melodrama. So far, we’ve only caught a glimpse of what’s to come on Melodrama…but safe to say it’s super catchy. Be sure to watch her perform live at Parc Jean Drapeau this August.
When: August 4-6, 2017
Where: Parc Jean Drapeau

Seven-time Grammy Award winning British rock band Coldplay have announced new 2017 North American dates for their “A Head Full of Dreams Tour,” which sees the group stopping in Canada for the time in five years. Since March 2016, the tour has played to over 2.5 million people across Europe, Latin America, and the US, and will stop in Australia and New Zealand this winter. From August 1 to October 8, 2017, the band will play 18 stadium and arenas around the continent, including Montreal, Toronto, Edmonton, and Vancouver. Known for their theatrical displays on stage, unique covers, and witty banter with the crowd, this is sure to be another incredible show.
When: Tuesday, August 8
Where: Bell Centre

It’s been a minute since we’ve seen her perform but Canada’s musical darling, Nelly Furtado, is set to headline the first-ever Canada Pride in Montreal. Nelly is scheduled to give a 90-minute performance on Friday, August 18 at 9 pm in Parc des Faubourgs, which can host up to 30,000 attendees for the celebration while Nova Scotia’s Juno nominated Ria Mae, will open the show.
When: Friday, August 18
Where: Parc des Faubourgs

Legendary rock band, Guns N’ Roses, are stopping in Montreal on their Not In This Lifetime…Tour. The American hard rock band will be performing at Jean Drapeau Park on August 19, 2017 as part of the sixth and final leg of their tour, one that has taken them everywhere from Asia to Latin America in the past year. Leg 6 of the band’s tour consists of cities in the North America, including six stops in Canada. Since Guns N’ Roses performed in Toronto last July, they will be skipping Canada’s largest city on this final portion of their tour. However, they will be making appearances in Ottawa, Winnipeg, Regina, Edmonton, and Vancouver.
When: August 19, 2017
Where: Parc Jean Drapeau

Hot on the heels of his Coachella performance, the Compton rapper is bringing his lyrical fervour to Montreal this summer as part of the 17-city The DAMN. Tour, and he’ll be accompanied by YG and Big Baby D.R.A.M. to make sure everyone will be rolling up that broccoli prior to King Kendrick hitting the stage.
When: Thursday, August 24, 2017
Where: Bell Centre

Bruno Mars is set to tour the world in support of his new album 24K Magic (that’s “twenty-four karat”), which releases November 18. The Grammy Award winner will play 85 shows, including stops in Vancouver, Edmonton, Winnipeg, Quebec City, Montreal, and Toronto. The tour kicks off on March 28 in Antwerp, Belgium and hits stops throughout Europe before coming to North America in July.
When: Tuesday, August 29, 2017
Where: Bell Centre

Lady Gaga has announced she’s travelling the world on her Joanne World Tour, and she stops in Montreal on September 4. Born Stefani Joanne Angelina Germanotta, the 30-year-old Grammy and Golden Globe winner and Academy Award nominated American singer, actress, songwriter, and producer is one of the best-selling musicians of all time, with over 30 million global album sales and 150 million single sales. Gaga’s fifth studio album “Joanne” was released in October 2016, and debuted at #1 on the Billboard Top 200, making it her fourth consecutive number one album.
When: Monday, September 4
Where: Bell Centre