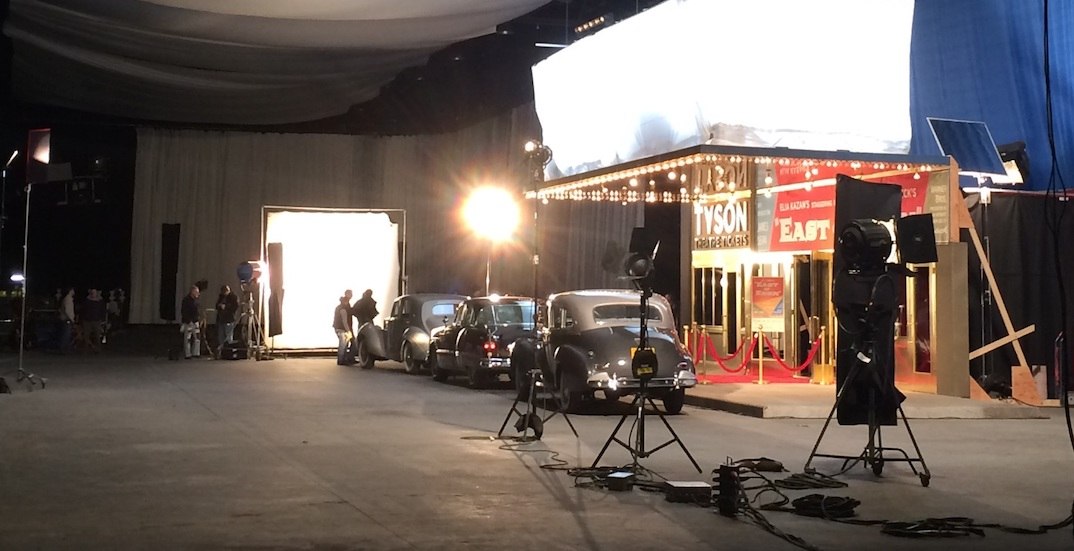 The City of Toronto is soon to be home to two new groundbreaking studios in the west end.

“When I go out selling our film industry, the one concern I hear repeatedly is the shortage of studio space. That’s why today’s announcement is so important,” said Tory in a press release. “Our film, television and digital industry has had booming success over the last couple of years and it’s clear that the industry shows no signs of slowing down. I congratulate our studio veterans – Cinespace and the Mirkopoulos Family – on this project and for responding to the industry demand for studio space.”

Cinespace has been around for 30-years, and has been the filming location for the critically acclaimed “Handmaid’s Tale” and “The Expanse.” It’s also consider a pioneer of the original studio district in Toronto, which is located at Eastern Avenue and Cawlaw Avenue.

In 2009, Cinespace expanded their operation to Toronto’s west end, creating a new node of production activity in Etobicoke, and doubling the employment capacity of the former manufacturing plant on Kipling Avenue that is now home of the Kipling Studio Campus, according to a release.

“Today the Cinespace family is announcing the first phase of our multi-year, multi-million dollar investment and intensification initiative, beginning with the construction of the new ‘Titan Studios’ right here on our very successful Kipling Studio Campus,” said Cinespace’s President and CEO, Steve Mirkopoulos.

The new Titan Studios will offer capacity for a seventh project to shoot concurrently on the Kipling Campus, with two 20,000 square foot studios and connecting support space to be constructed side-by-side, on the Titan Road border of the campus. This means there’s now an additional 50,000 square feet of purpose-built, state-of-the-art production space and key support facilities to Toronto’s studio inventory. The studio also includes a permanent underwater filming tank.

The new Titan Studios will add to city’s studio inventory & provide good jobs for those working in the creative industries. #xoTO

“Our film & TV industry has had booming success over the last couple of years & it’s clear that the industry shows no signs of slowing down,” said Tory.