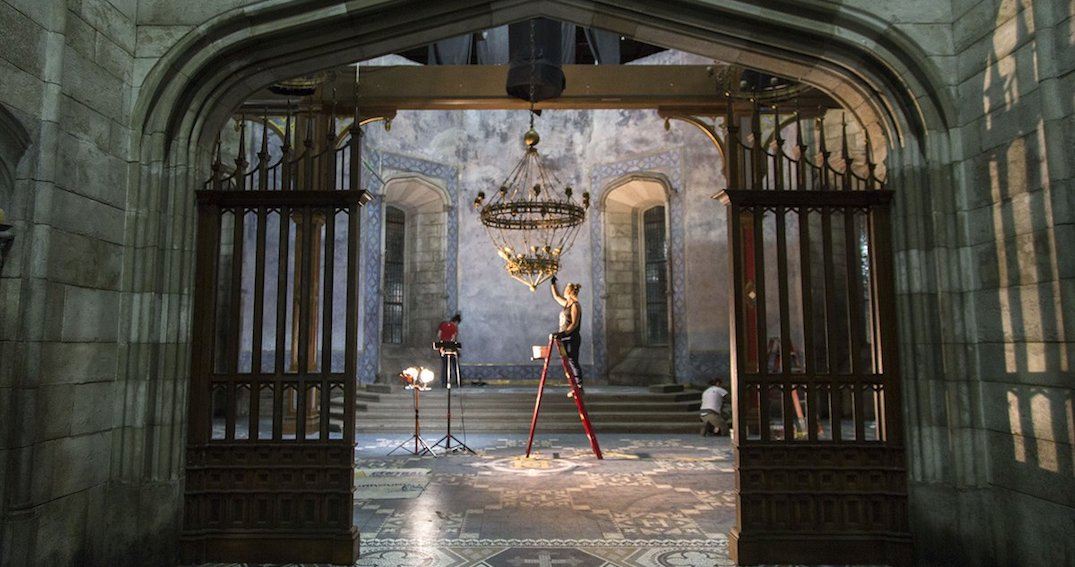 This year, during the 19th annual event, the City will be celebrating Toronto’s thriving film industry.

On Saturday, May 26 and Sunday, May 27, Doors Open will showcases some of the most architecturally, historically, culturally and socially significant buildings across Toronto. The theme, Film: The Great Romance, will explore the city’s film and television industry.

“With more than 1,400 on-location film, television and digital media productions taking place in the city each year, Toronto is North America’s third largest screen-based production centre and the heart of Canada’s film and television sector,” said Mayor John Tory in a statement.

“I’m excited for residents to discover some of the iconic places and spaces in Toronto where not only actors, but also other specialists such as designers, carpenters, make-up artists, animators and writers hone their craft.”

The Doors Open Toronto program will showcase buildings featuring historic cinemas, film and television studios, post-production houses, digital media studios, artist-run centres as well as buildings that have been featured in film and television, many of which are not always open to the public.

There will be a series of walking tours exploring several of Toronto’s neighbourhoods, which will be on offer along with the OpenInsights speakers series, a music series and other special programs.

More details on Doors Open Toronto, including a complete list of this year’s buildings, walking tours, talks and programs will be available on May 1 on the City’s website.