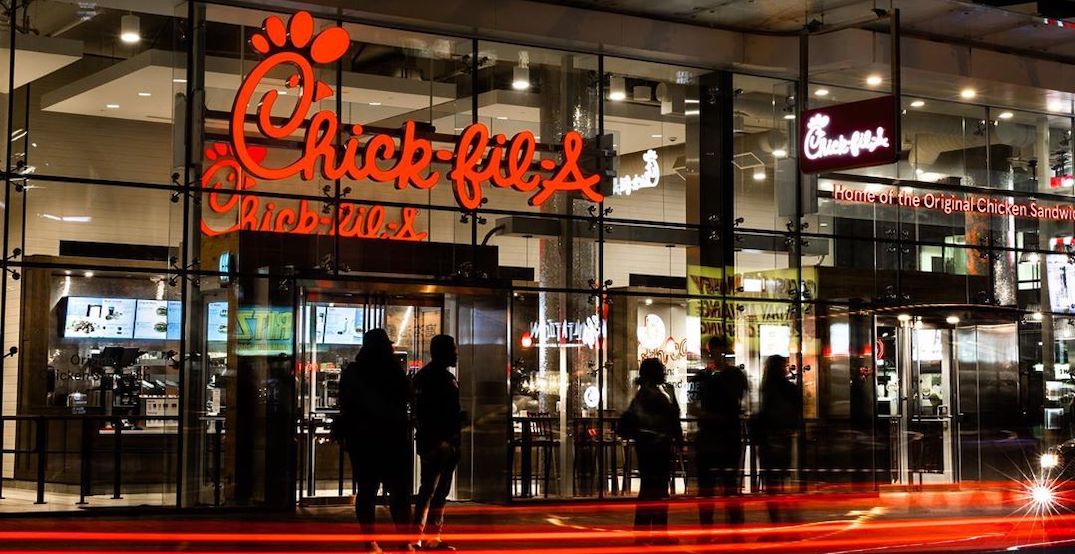 Fans of Chick-fil-A were in for a surprise over the weekend, as the fried chicken chain temporarily closed its Toronto location.

However, the Toronto location shut its doors on Friday and Saturday, ahead of its routine Sunday closure.

And it’s safe to say that fried chicken fans were slightly disappointed by this.

@ChickfilA TORONTO LOCATION CLOSED!?!?!? SO SAD!!!! 🙁 when will it open. Came all the way here for nothing

@ChickfilA WHY IS THE TORONTO LOCATION CLOSED

@ChickfilA WHY IS THE TORONTO LOCATION CLOSED

But to the joy of hungry patrons, the Toronto location re-opened on Monday, following its three-day closure.

The restaurant voluntarily closed for facilities maintenance, according to the restaurant’s PR agency.

However, it’s been confirmed that the popular yet controversial chain is set to open a second location in Toronto in 2020.