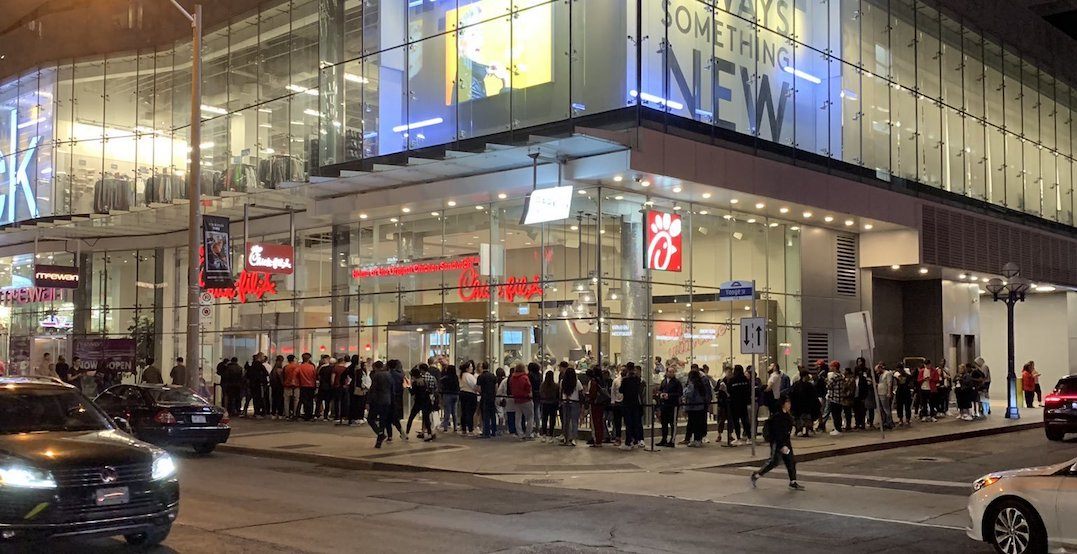 Chick-fil-A opened its first Canadian location in the heart of Toronto on Friday morning.

And while large crowds of protesters showed that the city is not all aboard the fried chicken train, the opening drew major line-ups of eager fried chicken lovers.

And almost a week later, it continues to do so.

Lines at the Bloor-Yonge eatery go out its front door, curl around a corner, break for a driveway and then congregate again, sprawling down the block.

Here’s a look at it:

I think @ChickfilA will be able to pay rent this month at their new Toronto location. 9:15pm on a Tuesday and the lineup goes around the block. #toronto #ChickfilA pic.twitter.com/1JUf3fInIK

no protestors in sight, but @ChickfilA toronto lined out around the corner and down Hayden Street pic.twitter.com/2X8z6tEwCZ

Lineup for #Toronto Chick-Fil-A currently around the corner. pic.twitter.com/yLXURZfBNF