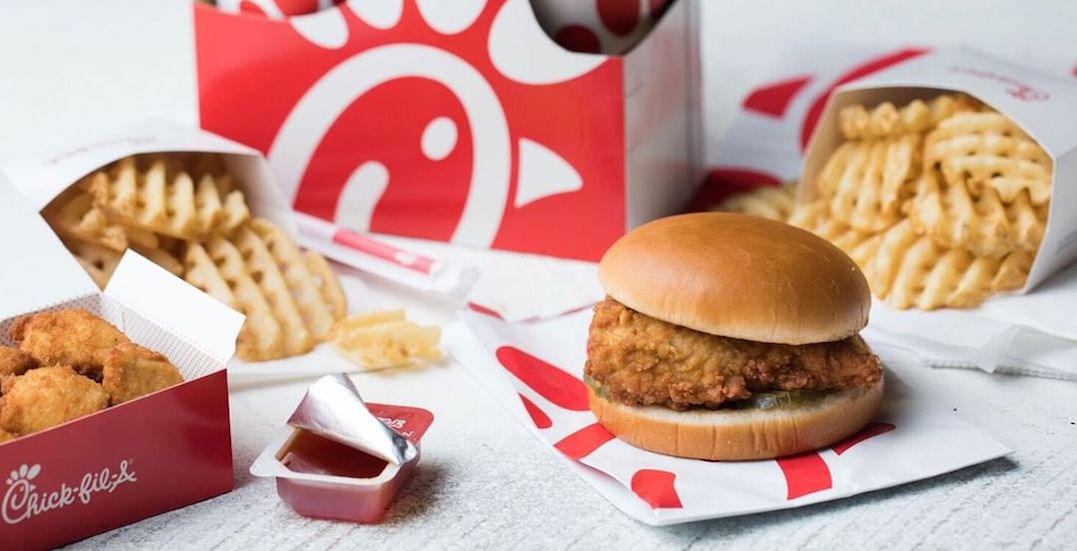 Chick-fil-A is hatching in Toronto.

The Atlanta-based restaurant chain, best known for its mouthwatering fried chicken sandwiches, biscuits, and waffle fries, will open its doors on September 6 at 1 Bloor Street East.

Thanks for your interest in our first Toronto restaurant! We’re excited to confirm we open Friday, September 6 at 10:30 am. 🎉 For more updates, check out @ChickfilACanada on Facebook and Instagram.

The eatery is also quite well-known for stirring controversy, based on its history of funding anti-LGBT groups, some of which oppose same-sex marriage and ex-gay conversion therapy.

Still, the fast-food chain boasts a loyal following and already operates more than 2,300 outlets in the USA.

Almost a year ago, the eatery announced it would be opening its first set of doors in Toronto in 2019.

Since then, a portion of the city has been waiting patiently for their fried chicken fix.

However, not everyone is excited about the eatery’s expansion into the city. Twitter-users have taken to the social media site in recent weeks to express their concern about the opening, based on the controversy mentioned above.

There is also a protest scheduled to surround the spot’s opening.

Chick-Fil-A is opening on my corner in Toronto and I’ve never cheered for a restaurant to fail before.

I’ll judge. It’s one thing if you don’t know what the money supports, but if you do, why give them your dollars? There are countless other places in Toronto to eat.

It’s a very easy choice not to give money you know will be used to actively harm people.

Just putting it out there that @ChickfilA has a notoriously homophobic CEO. Anti-LGBTQ+ business is not welcome here. If you prioritize fried chicken over respect for the Toronto community, then I feel sorry for you. #BoycottChickFilA #Topoli

The premier Toronto location is the first stand-alone outlet outside of the United States… if you don’t count the counter at the Calgary International Airport that opened in 2014, which has since shuttered.

According to the restaurant’s website, it will be independently owned and operated by Wilson Yang. The opening, the site reports, has created more than 100 local jobs.

“I’m excited to be Chick-fil-A’s first Operator in Toronto. My wife Drew and I recently moved nearby to the restaurant, and I can’t imagine a better city to live and work,” reads a quote from Yang on the site. “At Chick-fil-A, Torontonians will find great food and quick service, in a welcoming environment.”

The eatery’s website is now live, and features the prices for all items available.

If you’re keen to give the new spot a try, we recommend getting there sooner than later.