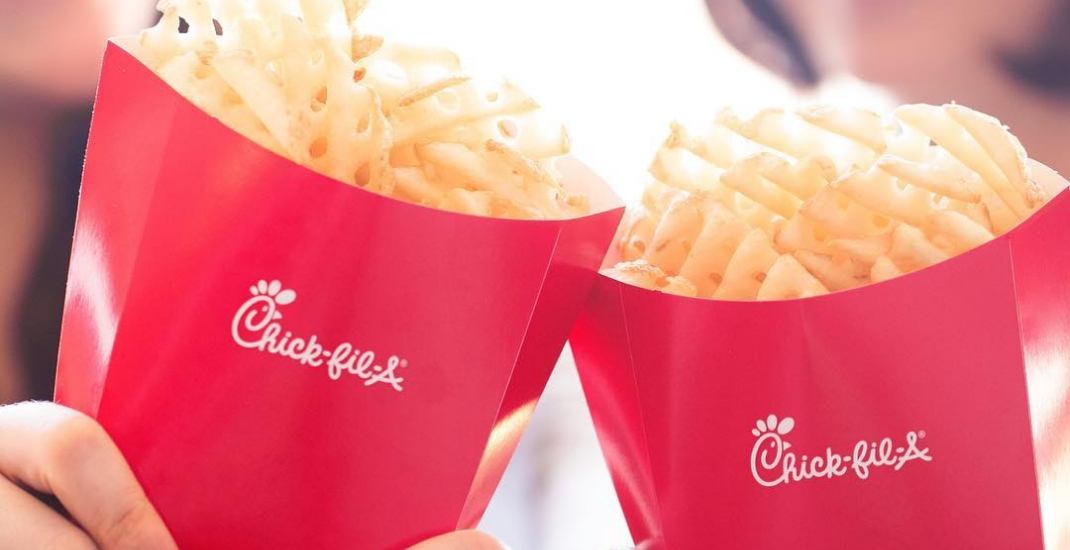 Chick-fil-A announced today plans to open 15 locations in the Toronto-area over the next five years.

But while the promise of fried chicken sandwiches is generally something to be celebrated in this city, news of Chick-fil-A’s arrival in Toronto has led to mixed reactions as some question how the company will fit in with Toronto’s diverse eaters.

For the uninitiated, here’s what you need to know about this ultra-popular chicken chain.

1. It’s pronounced, Chick-fil-eh, as in a play on the pronunciation “fillet.”

2. The incoming Toronto location is NOT the first location in Canada. That honour goes to the Calgary International Airport where the chain first opened a location in 2014.

3. You can’t get you Chick-fil-A fix on Sundays. Following the religious beliefs of devout Southern Baptists and the company’s late founder, S. Truett Cathy, the restaurants close for business on Sundays. The company’s corporate purpose, as stated on its website is “to glorify God by being a faithful steward of all that is entrusted to us and to have a positive influence on all who come into contact with Chick-fil-A.”

4. Chick-fil-A has a history of funding anti-LGBT groups, some of which oppose same-sex marriage and ex-gay conversion therapy. While the company has previously stated that it is committed to treating “every person with honour, dignity and respect – regardless of their belief, race, creed, sexual orientation or gender,” the practice of giving to anti-LGBT groups reportedly continues to this day.

5. Despite the controversy, Chick-fil-A boasts a loyal following. According to the press release announcing the chain’s arrival in Canada, the restaurant “earned recognition as one of America’s top companies in the 2018 Harris Poll Reputation Quotient study, “Most Inspiring Companies” by Forbes Magazine, and “Top Fast Food Chicken Chain” by Consumer Reports, among other honours.